NEW BRUNSWICK, NJ—Few may know it, but there’s an important connection between two criminal cases prosecuted by the New Jersey Attorney General’s Office.

The two scandalous, seemingly unconnected stories reveal different facets of the city’s corrupt underbelly, including the bribery accusations that rocked its Water Utility nearly one year ago.

Those accusations followed another public corruption scandal: the years-long cover-up of problems with the city’s drinking water.

That scandal led to a costly and controversial privatization effort led by Mayor James Cahill’s administration and NJ American Water.  Multiple changes in leadership at the Utility ensued, including two stints where Cahill put himself in charge of the agency. 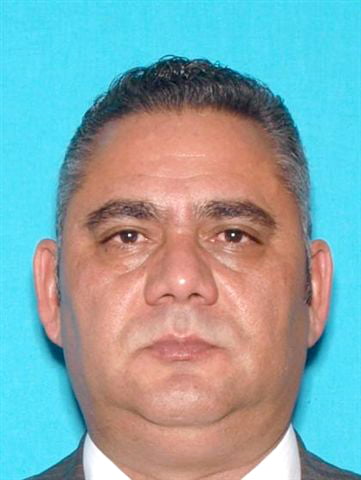 Both were indicted on September 29 by a state grand jury, just one week after Andres Minaya was quietly sentenced to five years in state prison after pleading guilty to insurance fraud in a seemingly unrelated case.

New Brunswick Today has now learned that Minaya, a business owner facing his own legal problems, was the mystery landlord who stood to benefit from an illegal reduction to the amount of his water and sewer bills, and also that he helped set the bribery case into motion to assist authorities.

As homeowners, tenants, and landlords know, costly water bills can add up in New Brunswick, especially as rates have increased dramatically in the wake of the water quality cover-up scandal and the costly privatization.

As we reported, Ortiz and DeBonis were both indicted on charges of official misconduct, bribery, and tampering with public records in a case spearheaded by the AG’s Division of Criminal Justice Corruption Bureau.

Minaya, who lived in a mansion near the border between Milltown and East Brunswick, was once the boss of several New Jersey staffing agencies that were raided by the AG’s Office in 2015.

Some of the money was for the handyman to keep, according to our source, and the rest was for the corrupt municipal officials who were willing to lower the water bills at Minaya’s properties.

It was an apparent effort to get himself into the good graces of prosecutors in time for his own sentencing, with Minaya’s actions ultimately setting in motion the chain of events that led to the bribery indictments against Ortiz and DeBonis.

Blandon Hurtado was originally accused of violating NJSA 2C:27-2, the same statute that the two New Brunswick Water Utility employees would be hit with just a few days later: “Bribery in official and political matters”

But he was never indicted and quietly pleaded guilty to 2C:27-11, “Offer of unlawful benefit to public servant for official behavior,” before being sentenced to probation on September 7.

The AG’s Office did not mention Blandon Hurtado in their announcement about the indictments, and refered to Minaya only as “a customer who owned multiple properties.”

A spokesperson for the AG’s Office declined to comment on whether the two cases were connected, saying: “I am not providing any further information at this time in light of the ongoing investigation.” 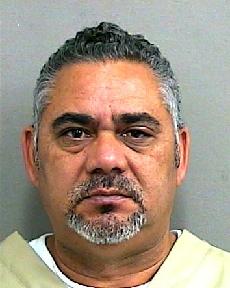 Minaya pleaded guilty to insurance fraud last year and was imprisoned on September 22–one week before the Water Utility workers were indicted–but he may be able to be released as early as this year under a special parole program.

The charges against Minaya were serious, with both him and his wife facing decades in prison.  Minaya and his family were accused of hiding over $30 million in income and deceiving an insurance company about the number of people they employed. 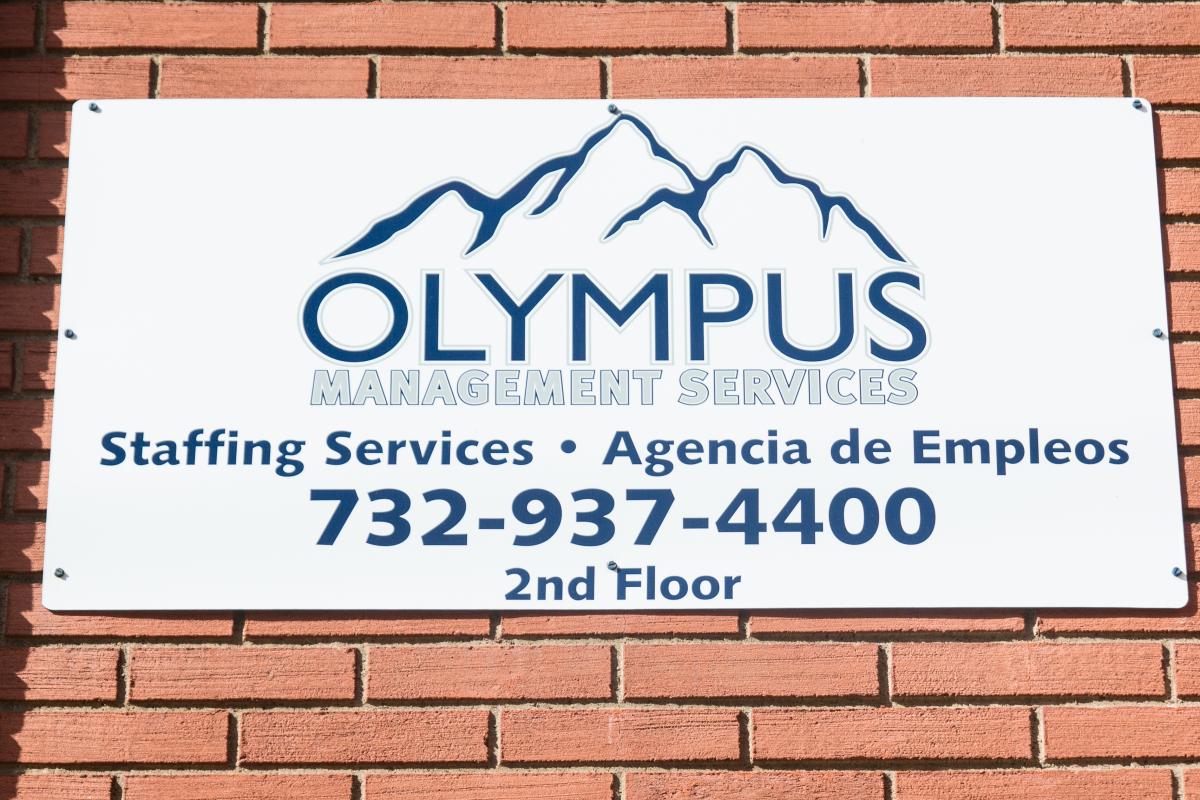 The other five offices raided were home to Olympus Management Services, formerly known as Atlantis Personnel, in Elizabeth, Merchantville, Clifton and with two locations in New Brunswick, one on 330 Livingston Avenue and the other at 121 Jersey Avenue…

The agencies already had bad reputations for ripping off their workers, perhaps providing another reason to change their name.

Two years prior to the raids, the company had been forced to pay in excess of $131,000 to resolve a wage theft case brought by its workers.

But it wasn’t until after the newly-renamed company was subjected to an audit by their former insurance company that the Minayas first faced the prospect of criminal consequences for the first time.

Andres Minaya also owns at least nine properties in New Brunswick, including eight that are jointly owned with his wife Jenny, according to public records. These properties are located on Baldwin, Comstock, Redmond, and Welton Streets.

Their two properties on Redmond Street were apparently in foreclosure and recently put up for auction at a Sheriff’s sale. 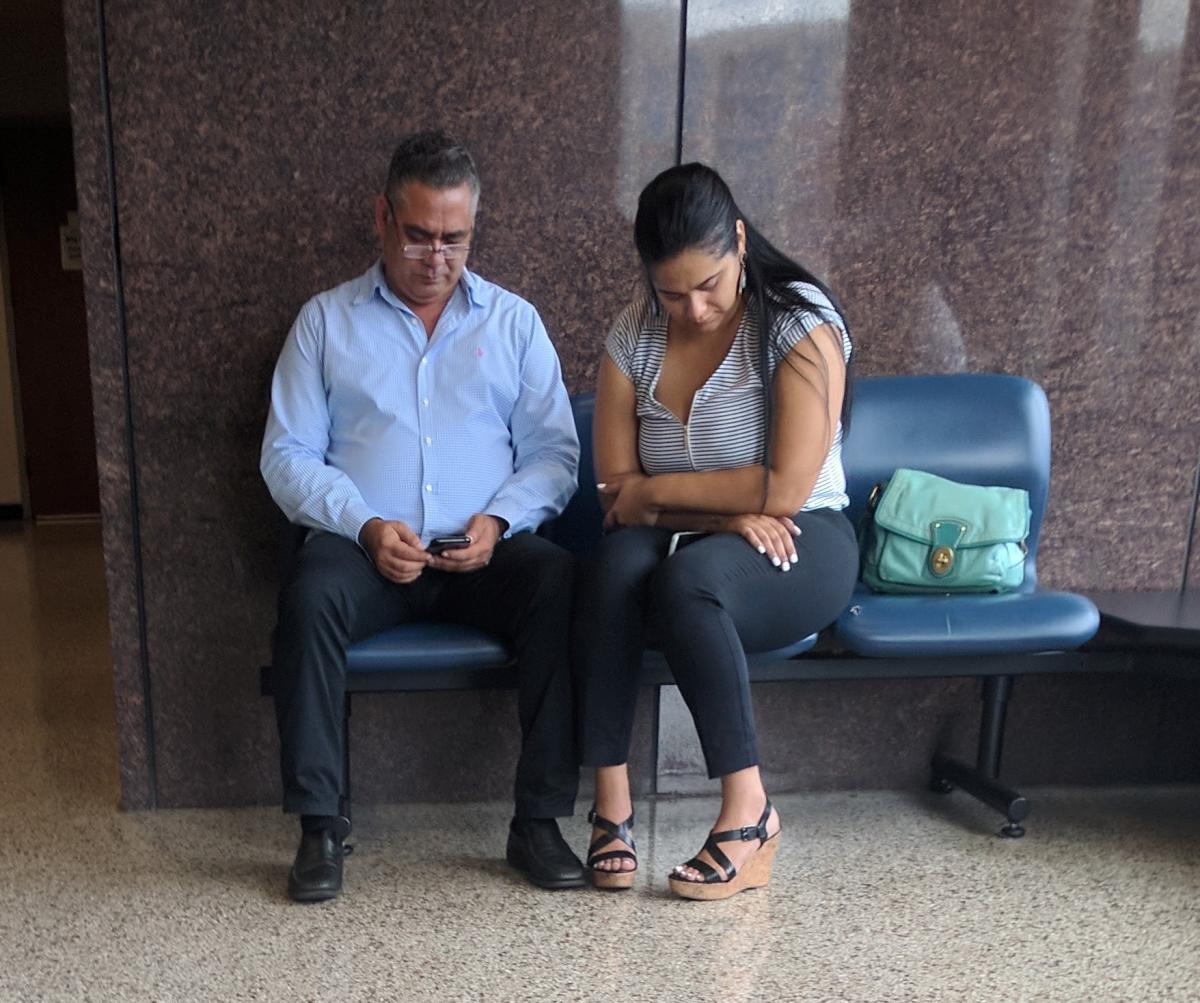 Andres Minaya quietly pleaded guilty to a second-degree insurance fraud charge in August 2016, on the same day his wife was accepted into the state’s “Pre-trial Intervention” (PTI) program.

At his September 22 sentencing, clues about his cooperation with authorities were subtly put on the record.

Judge Michael Toto noted during the proceedings that he gave “significant weight” to mitigating factor #12 in the state’s sentencing guidelines: “willingness to cooperate with law enforcement.”

When questioned by this reporter, attorneys for both the prosecution and defense were tight-lipped about it.

“What can you tell me about about mitigating factor #12?” this reporter asked.

Other factors that were considered by Toto included Minaya being the father of a ten-year-old daughter, and his relatively clean record.

Prosecutors noted, however, that he had racked up 49 ordinance violations related to the condition of his rental properties.

The State, represented by Deputy Attorney General Crystal Callahan, also moved to dismiss a racketeering charge that has been pending against Andres Minaya since shortly after his February 2015 arrest.

Giannullo said that the charge was leveled against her client merely to force him to reveal the source of his bail money.

Andres Minaya was facing as much as ten years in prison after the guilty plea, but his work helping the same agency that prosecuted him in the other case may yet earn him a “get out of jail free card.” 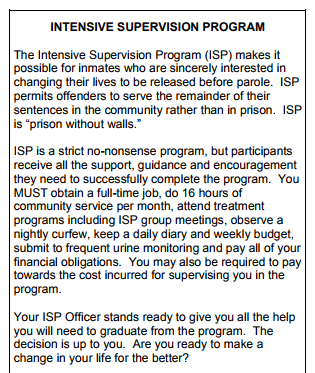 But Toto also made sure that the judgment of conviction he signed noted that prosecutors did not object to Andres Minaya’s participation in the state’s Intensive Supervision Program (ISP), a special parole program that “allows some offenders to serve sentences outside the traditional prison settings.”

“The most common forms of community-based supervision involve personal and telephonic contact between special Department of Corrections Officers and offenders,” reads the state’s website.  “In some instances, participants are required to wear electronic monitoring devices.”

Convicted persons may not apply for ISP until they have already served 60 days of their sentence, but Andres Minaya became eligible after just a week behind bars because he received “jail credit” of 53 days for his initial incarceration before he was bailed out.

It’s hard to determine if Andres Minaya has applied for the program yet or not, because applications are not considered public documents.

The woman said that, after passing an initial evaluation, ISP applicants are subjected to an “in-depth interview.”

If the application clears those hurdles, and is subsequently recommended by a screening board, it is scheduled for court.

There, a combination of recall judges and sitting judges evaluate the application.  The process can take several months.

According to the Department of Corrections website, Andres Minaya is currently being held at Bayside State Prison in Maurice River Township.

Two family members charged along with him both avoided the prospect of prison in the serious fraud case.

Andres Minaya’s nephew, Randy Colon, wasn’t able to get into the PTI program and he pleaded guilty to a third-degree insurance fraud charge.

Colon was sentenced to four years of probation by Judge Toto on a third-degree charge of insurance fraud back on November 7, 2016.

Less than three weeks later, Andres Minaya allegedly passed the bribe to Blandon Hurtado in a secretly recorded a conversation at his East Brunswick mansion. 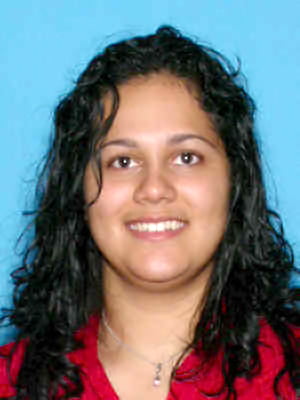 Jenny Minaya completed her PTI program on May 5, causing the charges against her to be dismissed by Judge Joseph Rea.

Four days later, the water workers and the Minayas’ handyman were all scheduled for an arraignment in the other case.  The case had been moved to Union County Superior Court as a result of Ortiz’s wife working in the Middlesex County Courthouse.

When the case was called, a cadre of lawyers rose and asked to speak to the Judge in his chambers, with one noting the case involved the Attorney General’s Office and  “a lot of moving parts.”

Judge Stuart Peim agreed, and the cases were all referred to a grand jury after an 18-minute closed-door meeting.

But, while his family members avoided jailtime and the seemingly unrelated corruption case proceeded, Andres Minaya’s scheduled sentencing kept getting delayed without explanation.

Porrino’s office did not advertise the sentence leveled against any of the defendants. That office had, under a prior Attorney General, prominently promoted the arrests of the Minayas back in 2015.

For their part, the AG’s Office tried to spin the Water Utility case as a way to show their commitment to fighting public corruption, and to encourage individuals to provide tips as part of a special program that offers rewards of up to $25,000.

“We will continue to aggressively prosecute any public employees who corruptly use their positions for personal gain,” continued Elie Honig, Director of the Division of Criminal Justice.

“Attorney General Porrino and Director Honig noted that individuals who report public corruption may be able to receive up to a $25,000 reward,” read the press release.

The Division of Criminal Justice has a toll-free tip line 866-TIPS-4CJ for the public to confidentially report public corruption.

“Anyone with specific knowledge of the alleged schemes, or similar schemes, perpetrated by Ortiz and DeBonis, or with involvement in such schemes, is urged to contact the Division of Criminal Justice confidentially at 866-TIPS-4CJ,” reads the statement.

Originally set to expire August 1, the deadline for providing tips under the Public Corruption Reward Program has been extended to November 15.