SOUTH RIVER, NJ—While the high-profile races in Middlesex County’s November 7 elections were all landslide victories for incumbents favored to win, many local races for municipal and school offices came down to the wire.

Just three votes separated victory and defeat in the South River Borough Council race, according to preliminary results. Meanwhile, the winners and losers in the borough’s Board of Education race were separated by just 77 votes.

Republican incumbent Councilman Joao “John” Sapata garnered 1,378 votes, according to the initial results, good enough for second-place and another term on the Council.

But Democrat Sandra M. Adelino, the third-place finisher, is right behind him in the tally, with 1,375 votes, making the race one of two in the county that remain “too close to call” the day after the voting.

The winner of the South River race may depend on which “provisional” votes the Middlesex County Board of Elections decides to count.  Provisional ballots are paper ballots that are given to individuals whose names do not appear on the official voter rolls.

“We’re working on [the provisional ballots]… So far… South River has 42,” said James Vokral, the Board of Elections longtime administrator on November 8.

The Board’s staff will make an initial recommendation as to which ballots should be counted, but their decisions are open to being challenged by any voters who choose to. 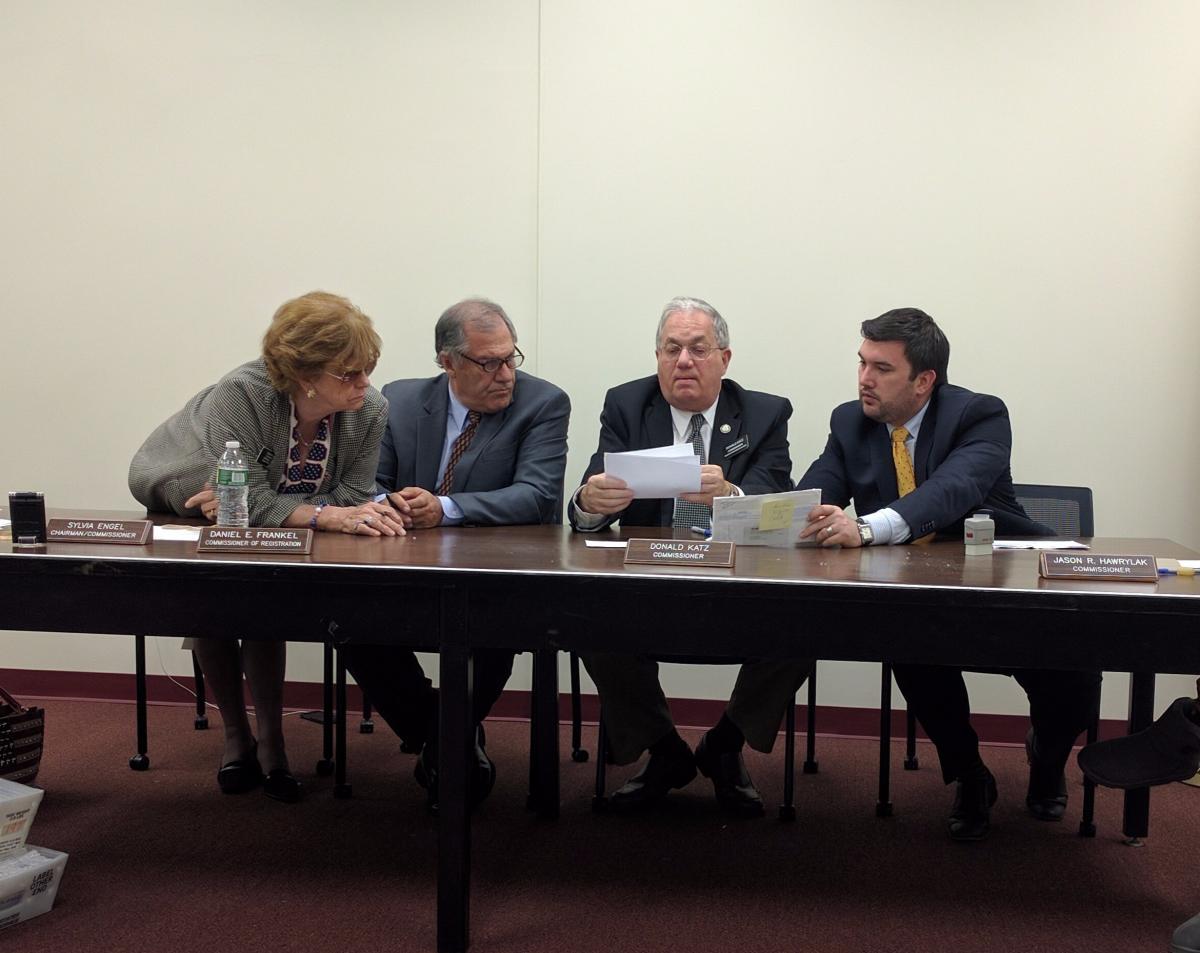 “Someone from the County Clerk’s office will be there to present the Provisional Ballot results after all have been counted,” added Vokral.

The 42 provisionals in South River could easily shift the outcome of the Borough Council race, but they won’t be enough to swing the 77-vote margin in the school board race.

In South Amboy, just six votes separate Shannon Gonzalez and Jessica Colacci in a 448-442 fight for third-place finish in that city’s Board of Education race. The top three vote-getters will take office, while a fourth-place finish is a loss.

Forty-three votes separate the winners and losers in Cranbury’s school board election, but the 18 provisional votes cast won’t be enough to change the outcome.

Democrat Trina Jensen Mehr came in first place with 1,218 votes, but it was Republican incumbent Ronald “Ron Dizon, who came in second place with 1,175 votes. Trailing 40 votes behind was Democrat Phil Zambrana with 1,135 and Republican Stacy D. Sullivan with 1,125.

But in each of those towns, it appears there won’t be enough provisional ballots to swing the results before they become official. Nevertheless, it’s possible that one or more candidates who come out on the losing end could ask for a recount.

While it was mostly small communities that experienced close races, at least a couple of the county’s larger municipalities saw at least one close finish.

Democrats and Republicans ended up with three seats each, and most of the races were close. The Township’s Sixth Ward was home to its closest race, where just 75 votes separated the victor, Republican John E. Murphy III, and Democrat opponent Kenneth R. Totten.

Perth Amboy’s school board race ended up with an 82-vote margin of victory, according to the unofficial results.