This time last year, the AG's Office was announcing that the city's former treatment plant operator pled guilty to public corruption, admitting that he covered up problems with the water supplied to customers in New Brunswick, Milltown, and parts of Franklin Township.

Now it's another scandal that has rocked the utility, with two more longtime employees of the Water Utility, Joseph DeBonis and William Ortiz, both facing charges of official misconduct in a seemingly-unrelated scheme.

Ortiz is also charged with bribery, while DeBonis is also accused of tampering with public records. Authorities say DeBonis helped reduce someone’s water bill after a $2,000 bribe was passed to Ortiz. 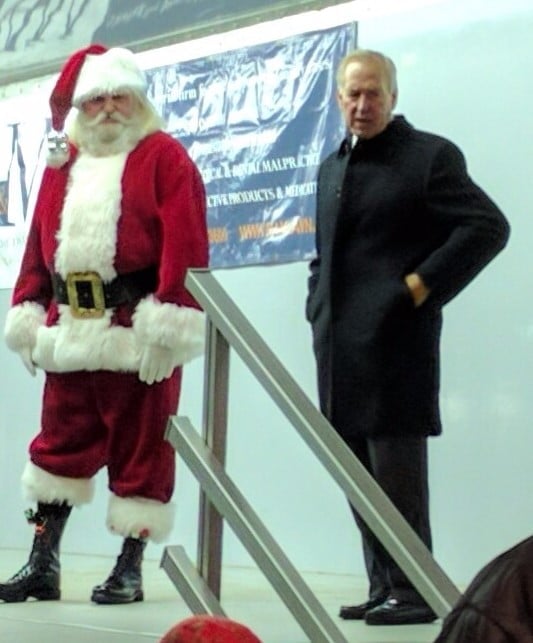 It's just the latest in a cavalcade of corruption scandals involving the administration of New Brunswick's seven-term Mayor James Cahill.

A spokesperson for Cahill confirmed the two men were actually suspended on December 2.

But the city kept the news quiet until the following morning, after the Mayor's annual "tree-lighting" ceremony featuring "Santa Claus."

The Mayor's Office announced the suspensions early in the morning on December 3, indicating they were the result of a criminal investigation involving both city police and the NJ Division of Criminal Justice (DCJ), a division of the AG's Office.

That agency declined to identify the mystery customer who stood to benefit from having their water bill lowered as a result of the misconduct.

"I am not providing any additional details regarding the alleged conduct," said Peter Aseltine, a spokesperson for the AG's Office. "The investigation is ongoing."

Whoever the mystery water customer was, their water bill would have likely been much greater than the $2,000 value of the bribe involved.

Though he is listed as a "pumping station repairer" in official city records, William Ortiz's position mostly involves working with the city's thousands of water meters.

DeBonis, the clerk who often manned the front desk at the utility's office in the basement of City Hall, has been with the City since 1994 and was reportedly paid $42,108 per year.

The two men accused in this new scandal join a firefighter and two sanitation workers on the list of city workers currently suspended without pay. 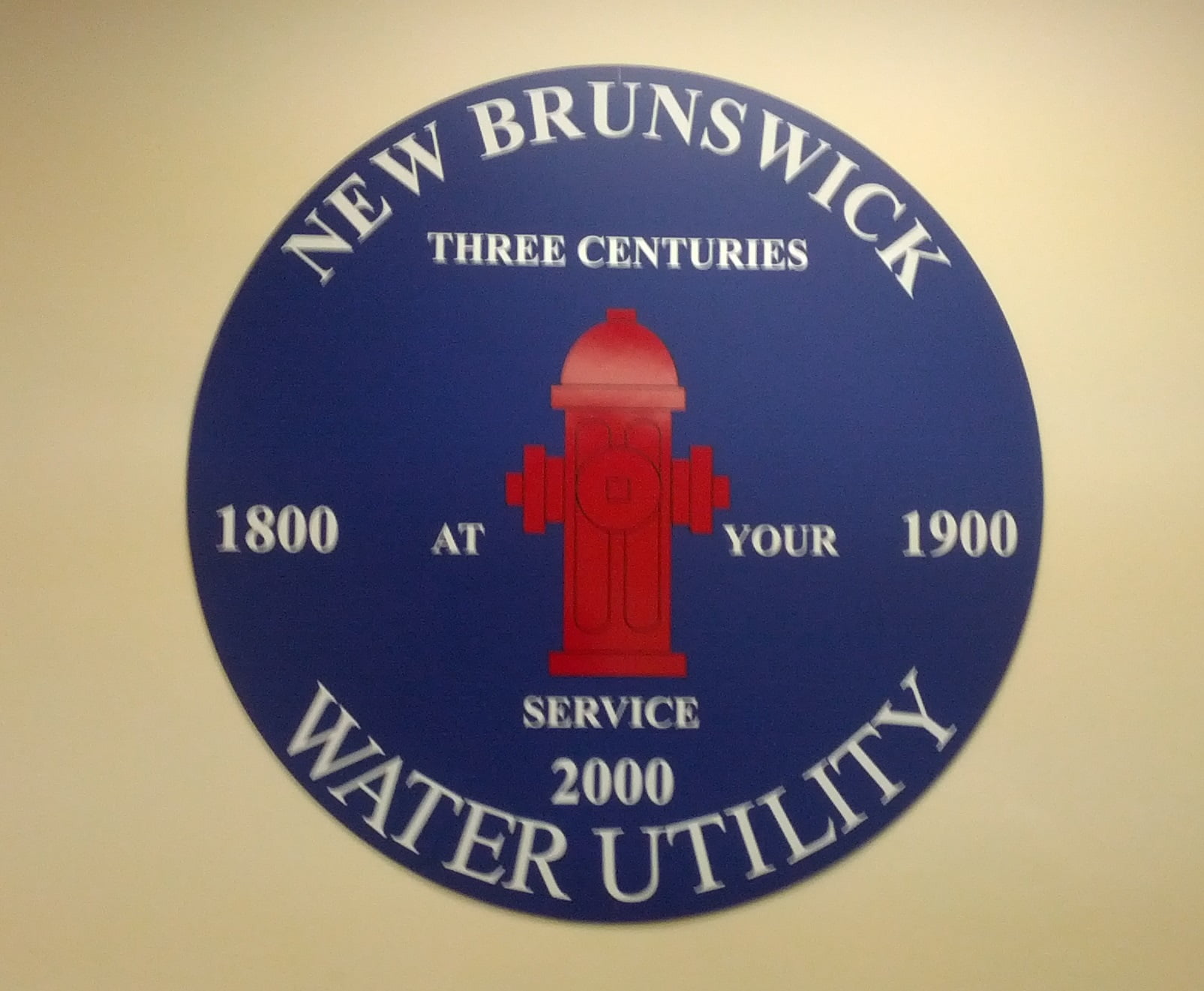 They also became at least the fourth and fifth Water Utility employees to be suspended from work since 2013.

DeBonis and Ortiz were not arrested or jailed, and their cases will likely be heard in Middlesex County Court, according to the NJ Attorney General's Office.

"They were charged with indictable offenses, so the charges will eventually be presented to a grand jury for potential indictment unless they were to waive indictment and plead guilty pre-indictment," said Peter Aseltine of the AG's Office.

Aseltine added that the criminal complaints were filed with the Middlesex County Courthouse, and that he was unaware of "any conflict in that regard." 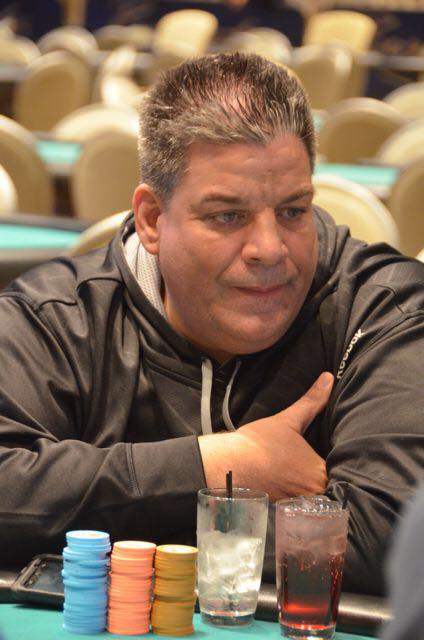 The new scandal is not Joseph DeBonis' first brush with law enforcement.

A prominent poker player who appears to have participated in the World Series of Poker, DeBonis was arrested in 1999 on Staten Island and charged with "promoting gambling," according to an article in the Staten Island Advance.

An inside source also told New Brunswick Today that both defendants had previously worked together, perhaps using city vehicles on city time, to tear down the signs of Mayor Cahill's political opponents throughout the city and dispose of them.

In 1996, DeBonis' brother was hired by the New Brunswick Police Department (NBPD), the same agency that declined to answer questions about the scandal as the story broke.

Detective Michael DeBonis plays a key role at the NBPD managing the department's "extra-duty" assignments, where officers can earn extra pay by directing traffic, often at the scene of construction projects or utility work.

"This investigation is ongoing and I cannot discuss any specifics or details at this time," said NBPD Captain JT Miller, even though the Mayor's Office had directed questions to him.

"The NJ Division of Criminal Justice is the lead agency in this investigation and any additional information will have to be disseminated from the NJDCJ."

Both defendants, William Ortiz and Joseph DeBonis, had been hired under the tenure of former Water Utility Director Shawn Maloney, a key ally of Cahill whose 2007 suicide shocked the city.

Maloney apparently shot himself in a field near the New Brunswick Water Utility treatment plant, shortly after learning he may have been a target in a federal corruption investigation. 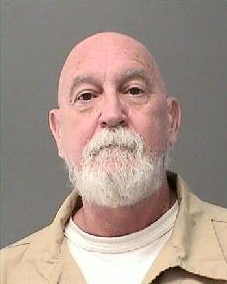 Edward O'Rourke, the man who ran that treatment plant for decades pleaded guilty to public corruption a year ago, and was sent to state prison over a multi-year cover-up scandal.

But he was recently "paroled" on November 7, just nine months after he was first admitted to the Department of Corrections' Central Reception and Assignment Facility in Trenton.

It's still not clear how far back the Water Utility's schemes go, but investigators examined records between 2010 and 2013 and found at least six times that the public should have been notified not to consume the drinking water without boiling it first.

The nature of O'Rourke's criminal cover-up means that the magnitude of the impact of the repeated water quality violations on public health will never be able to be measured.

Most of O'Rourke's crimes occured during the five years when the city's "Acting" Water Director Thomas Loughlin III, who admitted he had "not one minute" of training in water treatment, was running the utility.

Loughlin, whose brother-in-law has run the city's Department of Public Works since the 1980's, is just one of many examples of how City Hall has been turned into a tight-knit "family business," where relatives often work side-by-side.

Both defendants in the new scandal come from families with roots in the city, and connections to the political power structure.

William Ortiz appears to have even more family members in city government than his co-defendant. 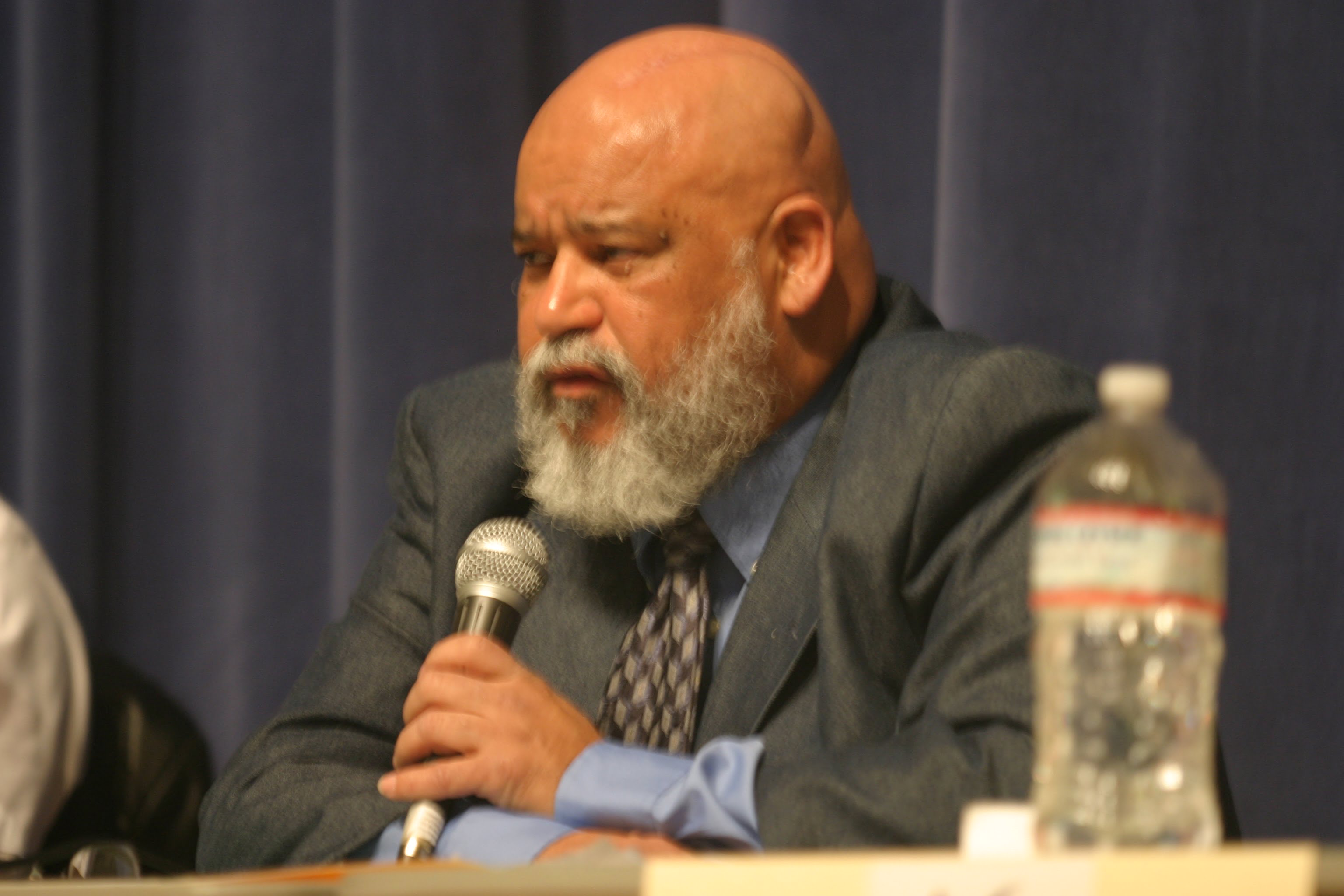 He’s the last of at least four brothers to be hired into local or county government here, including Benito Ortiz, a former county worker who and an elected Board of Education member, first appointed to that position by former Mayor John Lynch, a convicted felon.

Another brother, Carlos Ortiz, has been with the Water Utility since 1986, and currently holds the title of "senior water repairer," according to public records.

Another brother is New Brunswick Fire Department (NBFD) Inspector Victor Ortiz, who has a history of fiercely camapaigning for Cahill, sometimes using intimidating tactics that bend or break election laws.

Victor Ortiz was rumored to be a target of the Federal Bureau of Investigation's investigation of Cahill's 2010 re-election, and he is also a landlord for at least three rental properites in the city.

Victor Ortiz and the city's former Chief Housing Inspector Michael Mahony have also been accused of strongarming homeowners, aggressively fining residents for alleged violations of the city's housing codes in some places, while slum conditions were allowed to persist in others.

It had long been suspected that the city's housing inspectors took bribes or "kickbacks" from contractors, a fact confirmed by the federal investigation that may have caused the former Water Director to commit suicide.

That case led to convictions against four city workers, including William Walker, who led the city's now-defunct Neighborhood Preservation Program.

Though Mahony survived the feds' investigation, his government career came to an end five years later when NJ State Police busted him with several ounces of cocaine in his city-owned truck.

Still, Mahony was also able to avoid jail after agreeing to cooperate with the prosecution of his cocaine supplier, pleading guilty to simple possession instead of distributing the drug.

But he resigned from the city job and agreed never to hold public office again.

While ex-Mayor Lynch became a convicted felon in 2006 for unrelated corruption, his cousin James Cahill has kept getting re-elected to the city's highest office, often with finanical help from public employees who went on to get busted by law enforcement.

As we reported, O'Rourke gave $500 to "Friends of Mayor James Cahill," a political fund to support the Mayor's re-election, just as his falsified records were starting to attract the attention of investigators.

Those donations came on top of $1,000 he gave to the New Brunswick Democratic Organization (NBDO).

Mahony gave at least $1,250 to the Mayor's organization, as we reported after his surprising arrest.

William Ortiz now joins the list of Cahill donors to be charged with a crime, having given $500 to the Mayor's fund in May of 2011.

Though Joseph DeBonis appears to have not made any political donations, his brother gave $1,250 to Cahill's fund between 2008 and 2013.

Despite the mounting discontent with his scandal-ridden administration, Cahill coasted to re-election in 2014, facing no opposition in the primary or general election for the first time.