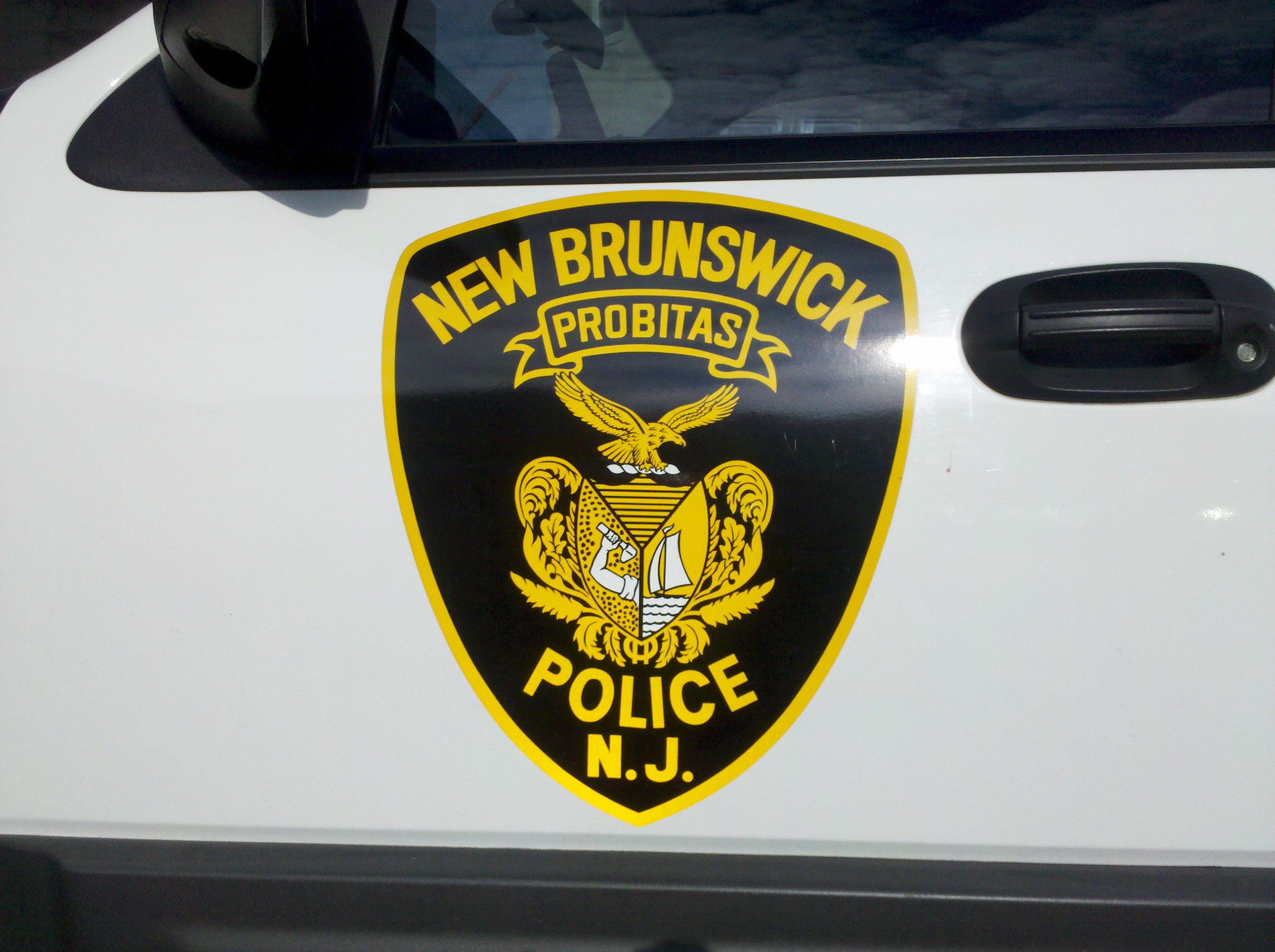 NBHA Chair Lashes Out, Claiming News Editor is Under Investigation

NEW BRUNSWICK, NJ—Chairing an off-the-rails public meeting on November 15, the leader of the New Brunswick Housing Authority (NBHA) lashed out and accused this reporter of both spreading lies and being under investigation.

It had been seven weeks since the board had met in public, and the first meeting since a scathing federal audit questioned over $1.4 million in the Housing Authority's spending.

For the first time in years, residents showed up en masse to voice their concerns about the communities run by the NBHA.

As he deflected criticisms from an angry crowd, NBHA Chairman Dale Caldwell took the opportunity to declare local police were investigating this reporter "just as much as anyone else."

The statement came at a time when the NBHA itself is under investigation by the New Brunswick Police Department (NBPD), in a bizarre case that originated with a complaint this reporter made to many individuals, including County Prosecutor Andrew Carey.

Carey's office referred the case to the NBPD, and the way they have handled it has fueled concerns about the department's commitment to fighting local corruption, and whether or not they are out to get this reporter.

As we reported, the NBHA was deemed "troubled" by the US Department of Housing and Urban Development (HUD), sparking their Office of Inspector General to conduct the audit that shined a light on the widespread procurement violations.

The police matter, however, only deals with an often-violated provision of the state's "Authorities Law," which requires agencies like the NBHA to maintain a website and post certain public documents to it.

Presently, the NBHA's website illegally lacks a copy of their current fiscal year budget, meetings minutes from its Operations Committee, and the docket of resolutions adopted at the November 15 meeting.

Many residents decided to attend that meeting after this reporter distributed educational flyers to residents of the NBHA's two main complexes: Schwartz Homes and Robeson Village.

Those flyers were a source of consternation for Caldwell, who told the crowd they had been misinformed.

"If we're going to disseminate information, it better be accurate," said Caldwell, holding up a copy of the scathing flyer that we distributed online and in print.

"Someone gave me this flyer, and it's filled with incorrect information and lies.  I don't know who put this together but I hope they're not a reporter and I hope they get their facts right."

A former official at the state's Department of Community Affairs, Caldwell was recently appointed to the transition team of Governor-Elect Phil Murphy.

Caldwell also leads the city's elected Board of Education and the Educational Services Commission of NJ (ESC-NJ), a co-op that does business with both the NBHA and the city's public school system, raising concerns about the potential for conflict of interest.

HUD's recent audit mentioned that several of the ESC-NJ's vendors were contracted by the NBHA without getting any other bids, in violation of federal procurement rules.

At the public meeting, once Caldwell opened the floor to the public, a slew of residents and their advocatess loudly voiced pent-up frustrations over the NBHA's decline to the five members of the board who showed up.

Among the allegations were that the agency overcharges tenants and has fallen behind on maintenance.  NBHA Executive Director John Clarke had soon admitted that the authority's phone system had "crashed."

During a heated back-and-forth, when Congressional candidate Javahn Walker said the authority was "under investigation," Caldwell responded with another sharp attack on New Brunswick Today.

"There's some lies that Mr. Kratovil and others have said!" Caldwell exclaimed, referring to this reporter by name.

Caldwell pointed to the flyer's claims that the agency had scored a 41 out of 100 in HUD's Public Housing Assessment System, a score that was third-worst in the nation when it was published in early 2016.

The statistic was outdated by the time the meeting was held, but only slightly.  Two days prior, unbeknownst to the public, HUD had published an updated score of 65 out of 100.

Caldwell, however, incorrectly claimed the authority's score had been stabilized at 65% "since June."

Likewise, this reporter later stated incorrectly that the 41% score was dated November 2016. It was actually published in March 2016.

But within seconds, the topic had changed.

Another resident interjected, saying they had seen the flyer's claim that the NBPD was investigating the Housing Authority, and Caldwell again shifted his focus onto this reporter.

"No, no, no," Caldwell told the man.  "The Police Department's investigating Kratovil just as much as anyone else."

But that was only the beginning of the Caldwell-Kratovil chaos that evening.

During the gathering's aftermath, Caldwell struck up a conversation with the man who he had repeatedly accused of spreading lies, but got angry when he realized he was being recorded.

Caldwell and NBHA attorney Joseph Manfredi also bullied this reporter during the "public comment" portion of the meeting, forcefully requesting a donation to the agency's food pantry and prematurely shutting down the meeting.

Manfredi represents eight other New Jersey Housing Authorities, including one in Franklin Township that operates under an interlocal agreement with NBHA, again raising concerns over conflicts of interest.

After breaking up the meeting, Caldwell confirmed he was being recorded, and then lashed out further at this reporter, in a video that has proven to be popular on social media.

Caldwell accused New Brunswick Today of "violating something" and threatened to call the police.

"Well, that's illegal. You can't tape me without asking or telling me that you're taping me," said Caldwell. "What I could do is call the police like you do."

Manfredi initially appeared to stand by Caldwell's bogus claim that recording was "illegal," but he quickly backed down.

"The meeting is over and unless these people here consent, New Jersey's a one-party state so they can't, unless they give you their consent" Manfredi said, butchering the state's wiretapping law, which actually only prohibits recordings where none of the involved parties in a conversation are aware and consenting.

"So, anyway, if they want to speak to you, sir, they can speak to you.  They don't have to.  The public meeting is over," Manfredi concluded as Caldwell peeled off the conversation.

Though Caldwell has backed off the claim that our recording was against the law, he later argued that it amounted to a breach of trust in a November 22 email: "If one person trusts another person they would assume that the other person would never record another person without getting their permission. Obviously my trust was misplaced and you were given the benefit of the doubt."

It was not the first time that Caldwell demonstrated that he had misunderstood the laws about video recordings at public meetings.

The NBHA board declined to make their own video or audio recordings of the meetings when asked to in 2015, so New Brunswick Today has stepped in to fill the void, recording and sharing complete videos of their last sixteen board meetings on YouTube and the NewBrunswickToday.com website.

As we reported and recorded in February 2016, Caldwell stated, "We should have just as much right to your recording as you have," during another attempt to bully this reporter after we began to raise concerns about the son of the NBHA's property manager illegally living in the Schwartz Homes.

In his role as Board of Education President, Caldwell leads a board that explicitly voted against video-recording and televising their public meetings in October 2013, eschewing a practice that has become increasingly common in many New Jersey communities.

Even though Caldwell told us not to, we kept recording the aftermath of the NBHA meeting on that fateful night, and just a couple minutes later, one of his colleagues threatened this reporter with physical violence.

Yirgu Wolde, who works at the NJ Housing and Mortgage Finance Agency, made a fist, raised his hand, and then left the room declaring: "The meeting's over so I'll knock you out."

Along the way, there were many other interesting exchanges captured on video and shared on the internet.

"What basis did you have to say I'm under investigation by the New Brunswick Police?" this reporter calmly, before Caldwell had figured out that our cellphone was pointed in his direction.

For their part, the NBPD has given us no indication that they are investigating this reporter or this newspaper, but they also have not publicly refuted Caldwell's claims.

Since October 30, the NBPD has been trying to persuade this reporter to give a "formal taped statement" ostensibly to assist their own ongoing investigation into the NBHA's failure to post certain public documents on their website, as required by the Authorities Law.

It was a somewhat unusual request to begin with, given that witness testimony would not be necessary to prove a violation.

But another red flag was raised when the NBPD's case was curiously assigned to Sgt. Thierry "Harry" Lemmerling.

A political donor to seven-term Mayor James Cahill, Lemmerling has been involved in several other city government corruption cases, including those targeting the New Brunswick Fire Department and the New Brunswick Parking Authority.

Not only has Lemmerling twice arrested this reporter in the past eight years, he's also the same officer who secured a search warrant for our newspaper's office last December, violating a federal law meant to protect news organizations and their sources.

Both of the arrests led to internal affairs complaints filed by this reporter, and both of those complaints led to exoneration for Lemmerling.

The December 20, 2016 warrant he obtained allowed Lemmerling and his partner to seize a water meter from New Brunswick Today's former headquarters during an investigation into the city's scandal-plagued Water Utility.

In the more recent case against the NBHA, Lemmerling misled this reporter about the right to have counsel present during the taped statement he was requesting, saying that witnesses are "not entitled" to have an attorney with them in the interview room at NBPD headquarters.

NBPD Captain JT Miller eventually overruled Sgt. Lemmerling and said that arrangments could be made for a formal statement to be made with an attorney present.

"Typically witnesses do not request to have an attorney present when speaking with the police, however if you would feel more comfortable having your attorney with you when speaking with Sgt. Lemmerling that will not be a problem," Miller wrote on November 15.

"I will speak with Sgt. Lemmerling and advise him to contact you, and set a time and date that you and your attorney can speak with him and provide any pertinent details of the investigation at hand," wrote Miller, the department's longtime public information officer.

When this reporter asked to have another investigator assigned to the case because Lemmerling had been deceptive, Miller declined to oblige without disputing the claim that the Sgt. had "misled" this reporter.

"If you are not comfortable speaking with him I will make myself available to sit in on the interview as well, but Sgt. Lemmerling will be the lead investigator during the interview."

This reporter ultimately declined to give a taped statement, preferring to put everything in writing.

As the fallout from the explosive meeting continued, Caldwell eventually issued a partial apology to this reporter one week later, but he appeared to stand by the claim that this reporter is currently under an ongoing police investigation.

"Please accept my apology if an untruth was spread about you," wrote Caldwell on November 22, adding that his statement was "not slanderous."

"Typically, police investigate people when they violate the law," Caldwell concluded.  "Please think about the ways in which you have violated the law and you can determine if you have been, are currently or will be investigated by the police."