NEW BRUNSWICK, NJ—On April 30, 2004, Robert Rawls allegedly injured two Rutgers University employees who were crossing in a crosswalk at the intersection of George and Liberty Streets.

One woman leaped out of the way and averted injury.  Another had her pelvis broken in three places, while a third person sufferred full body contusions, according to a source.

That accident happened just over ten years before Rawls struck three children in a crosswalk located just twelve blocks away on Tuesday afternoon.

Over those ten years, Rawls was involved in another thirteen car accidents, not including the tragedy on Tuesday.

Now, Rawls finds himself and his driving record under increased scrutiny after two days of massive protests in response to the accident.

NBC New York’s Brian Thompson reported earlier this evening that Rawls has been in nineteen accidents in 38 years of driving, according to the NJ Motor Vehicle Commission.

The news comes in the wake of the recent accident, where three children on their way home from school were struck by Rawls’ city-owned 2010 Chevrolet Tahoe.  He was on-duty at the time.

Just six weeks prior to the tragic accident that seriously injured two 14-year-old girls and a 6-year-old boy, Rawls was involved in another accident.

The victims who were struck Tuesday were hospitalized with serious injuries, one that has some parallels with accounts of the April 2004 incident.

But that accident occurred when Rawls was off-duty, said the source. He was promoted to the Fire Director position two years later.

Unlike Tuesday’s accident where Rawls received two summonses, Rawls was not charged in that incident. 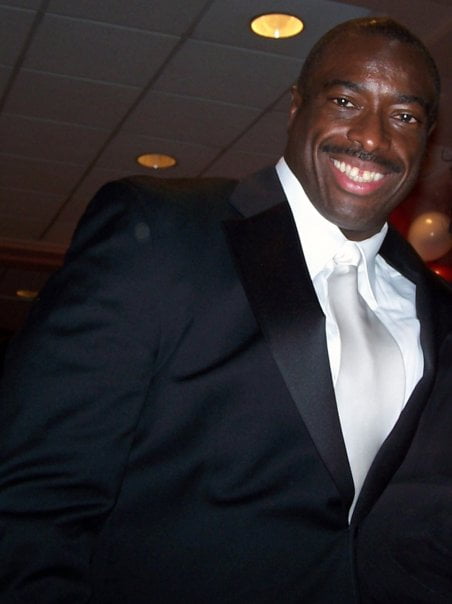 Rawls’ driver’s license was also suspended a whopping eighteen times between 1984 and 1995, according to the NBC report.

The license suspensions were not for moving violations, according to Thompson’s report: “The reasons included failure to appear in court, operating a vehicle with a suspended license and nonpayment of a surcharge.”

Rawls, who has served as Fire Director since 2006, also received nine tickets for motor vehicle violations that he did not contest between 1997 and 2008.

Rawls joined the Fire Department in 1996, and within ten years, he was tapped by the city’s Mayor James Cahill to head the Department.

He draws an annual salary of $155,054, but has not returned to work since the accident.

According to a spokesperson for Cahill, Rawls’ 2010 Chevrolet Tahoe is still in the possession of the Middlesex County Prosecutor’s Office, which is leading the investiagtion into Tuesday’s accident.

The information provided to NBC by the NJ Motor Vehicle Commission only included  information about one of the accidents: In a March 2008 accident, Rawls was ticketed for unsafe operation of a motor vehicle.

Of Rawls’ nineteen accidents, eight of them occurred in New Brunswick.  It’s not immediately clear how many involved a city-owned vehicle.

Here is a full list of dates when Rawls was involved in motor vehicle accidents:

Cahill spokesperson Jennifer Bradshaw did not respond to inquiries about the April 2004 accident.

Rawls did not immediately respond to a request for comment sent to his personal email address.