NEW BRUNSWICK, NJ—According to the results of a public records request filed by New Brunswick Today, more than sixty city employees draw salaries in excess of $100,000.

High atop the list is the city’s embattled Business Administrator, Thomas Loughlin III, the man who was in charge of the New Brunswick Water Utility during a botched attempt to coverup problems with water quality.

In a “temporary” appointment that lasted more than five years, Loughlin assumed control of the utility in 2007, after its previous director, Shawn Maloney, took his own life amid a federal investigation.

Part of Loughlin’s $174,654 salary includes an extra $15,000 raise he was given for managing the utility, even though he was replaced in 2012 by someone who would later alert the NJ Department of Environmental Protection of the coverup.

“My salary has not been reduced since stepping down as Acting Water Director,” Loughlin wrote in a memo to New Brunswick Today on December 18.

The only other city employee who draws a salary greater than $150,000 is Fire Director Robert C. Rawls, one of the few non-white personnel to make it onto the six-figure salary list.  His four deputy fire chiefs, all of them white men, make $135,928 annual salaries.

Rawls has been with the Fire Department since 1986 and also serves as the city’s Emergency Management Coordinator.  He is the only person of color in Mayor James Cahill’s all-male cabinet. 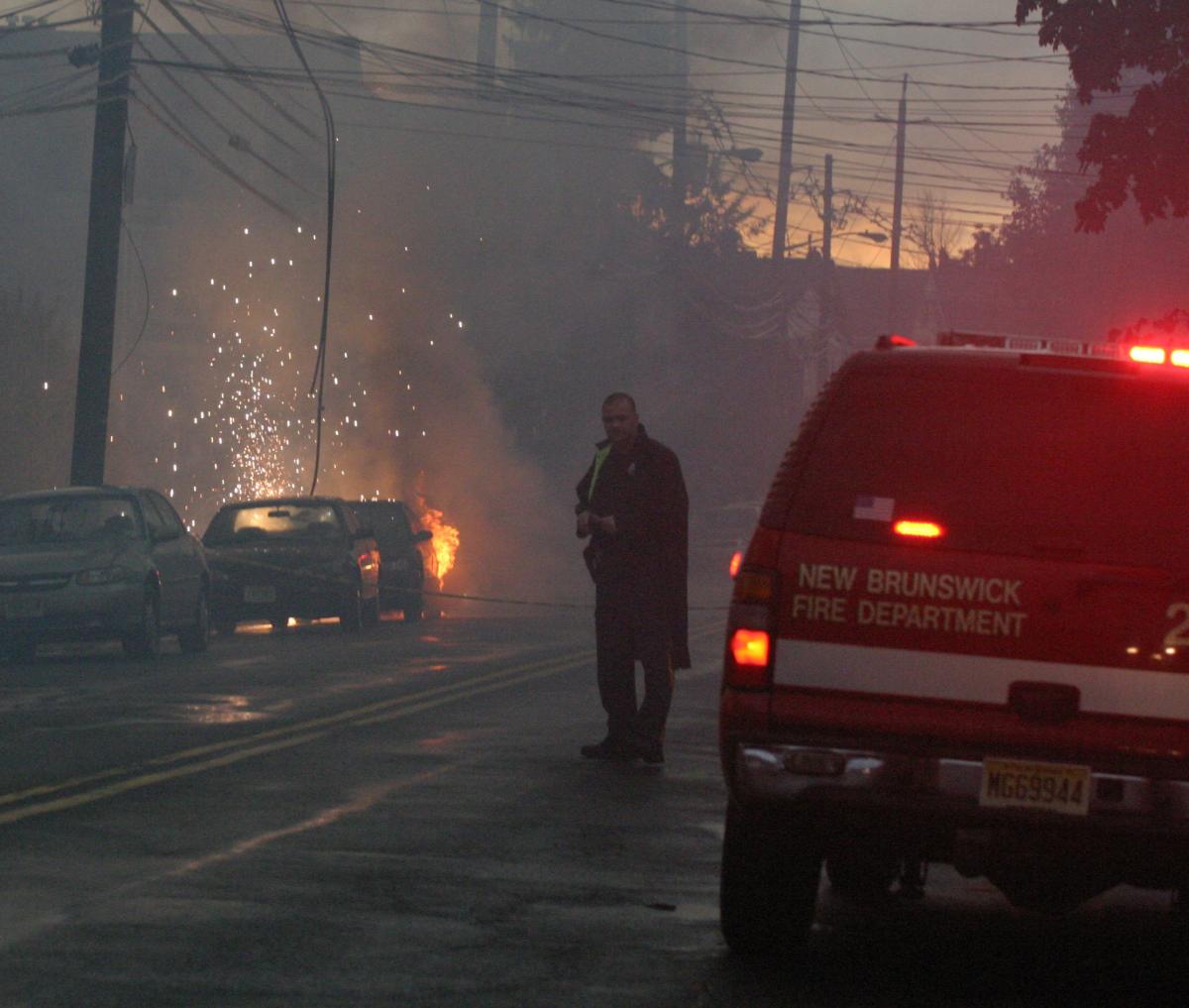 Most of the city employees who made the list work in either the Police or Fire Departments.  In total, 30 police employees and 20 fire employees make six-figure salaries.

Caputo, who retired in 2009 before returning to the same job less than two years later, is simulateously collecting an annual pension of $115,019 for his 26 years of policework.  According to personnel records, Caputo took  a month’s worth of days off last year, using 22 vacation days, five personal days, and three sick days.

*hire date for Anthony Caputo is listed as 7/1/2011, when he came out of retirement.