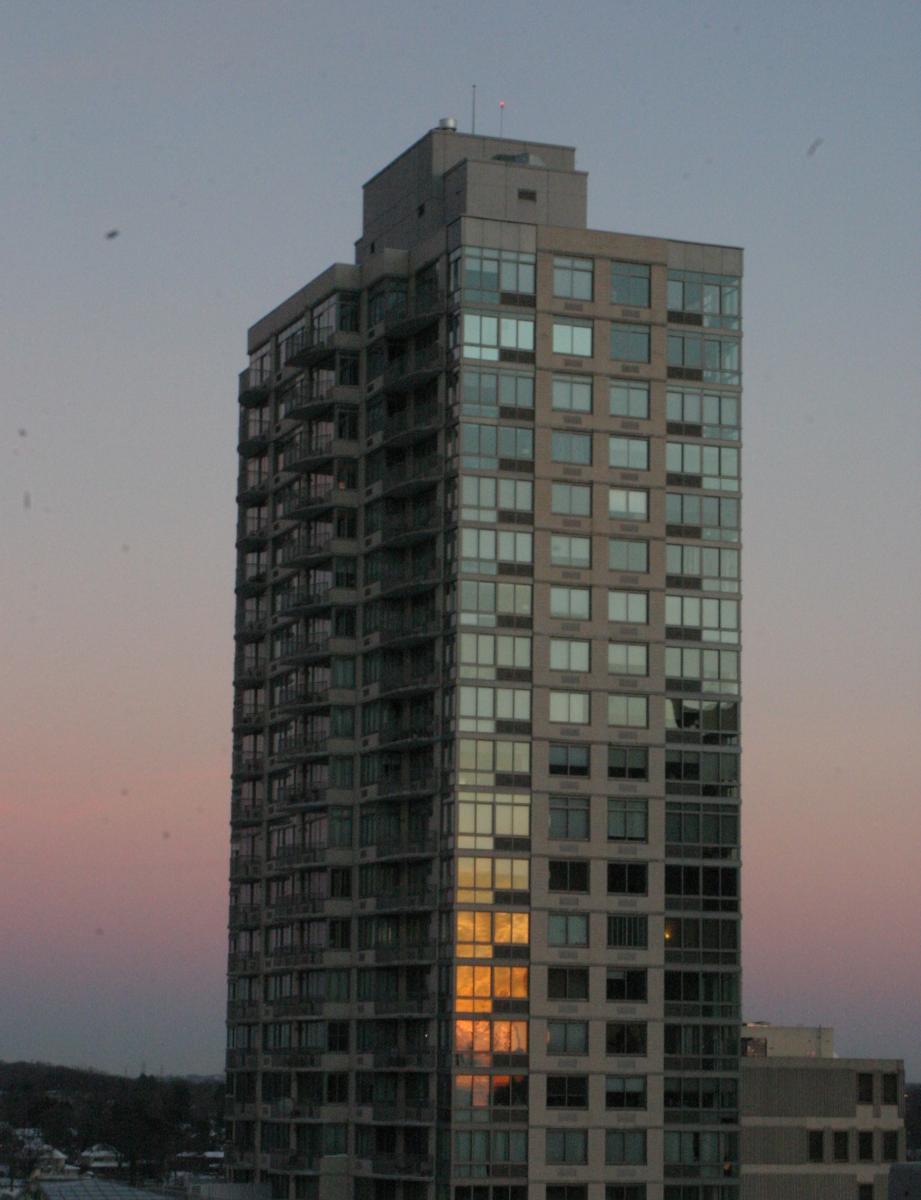 UPDATE (2/8): The Department of Community Affairs has responded to this article, admitting errors in the September 23 press release and claiming that Boraie Development has created affordable housing opportunities in other New Brunswick neighborhoods.

NEW BRUNSWICK, NJ—The Christie administration may have made false claims about a local developer when they announced $4.8 million in Hurricane Sandy relief funds went to accelerate the construction of a luxury apartment tower planned for Somerset Street.

The tower had been approved by the city's Planning Board eight months before Hurricane Sandy struck.

Contrary to claims made by the Christie administration, it appears that the recipient of the recovery funds, Boraie Development LLC, has never before provided affordable housing in New Jersey.

Boraie Development has promised to rent 48 of the tower's 238 apartments at "affordable" rates, qualifying the project for a numerous city and state tax breaks, as well as the Sandy funds. The project also includes a parking garage, fitness center, and retail space.

The new building, dubbed "Somerset Mews," was the first of 37 projects to break ground with the help of Sandy recovery funds.

Boraie has developed a movie theater in Newark, several office and retail spaces in downtown New Brunswick, as well as a 25-story luxury condominium complex, and the building that houses the Middlesex County Sheriff's Department.

However, it appears that the firm has not yet offerred affordable housing units in New Jersey.

In fact, multiple sources say the company actually reneged on a deal to offer affordable condominiums in One Spring Street, a luxury highrise condo complex just a few blocks away from the Somerset Mews construction site.

The administration erroneously claimed that Spring Street was an example of Boraie Development providing "affordable housing opportunities to NJ residents," in a press release announcing the groundbreaking of the controversial project that received Sandy aid.

In the September 23 release, the state touts that Boraie "has worked successfully in the past to construct and sell Spring Street Plaza, a 120-unit condominium project that provided affordable housing opportunities to NJ residents."

But multiple sources tell NBToday that Boraie requested and received affordable housing funds for the Spring Street project, then later decided against selling any of the units in the luxury building at affordable prices.

According to property records, the first 103 condominiums were sold for an average of $524,448.

Sources say the developer later returned the affordable housing money back to the state government, who agreed to write it off as a $15 million interest-free, "construction only loan."

Representatives for the NJ Department of Community Affairs, the NJ Housing and Mortgage Finance Agency, and Boraie Development did not return phone and email messages asking about the discrepancy.

And that wasn't the only promise the developer broke when it built the highrise.

As we reported in 2012, it was not until after the Spring Street project was finished that city officials discovered it had 25 less parking spaces than had been promised in the attached seven-story parking garage.

In part because of this broken promise, the building's deck does not offer any public parking spaces. It was originally supposed to include 86 metered spaces for the general public to replace a surface parking lot that was originally on the site.

Boraie and his family are among New Brunswick's most generous political contributors, and some of the most powerful property owners in the city. They are also involved in major development projects in Newark and Atlantic City, each one recipients of millions in various government subsidies.

The Christie administration's September 23 press statement lists various amounts of governmental assistance going to Somerset Mews, the controversial 16-story luxury building under construction.  In total, the amounts of aid listed exceed the total development cost of the project by $3.6 million.

"Aside from the $4.8 million [in Sandy relief funds], the HMFA provided Somerset Mews with $60.5 million in funding through its Multifamily Conduit Bond Program and awarded the project federal Low Income Housing Tax Credits that will generate approximately $5.8 million in equity," reads the questionable release.

"The NJEDA has awarded the project $15.3 million in funding through the Urban Transit Hub Tax Credit Program. " 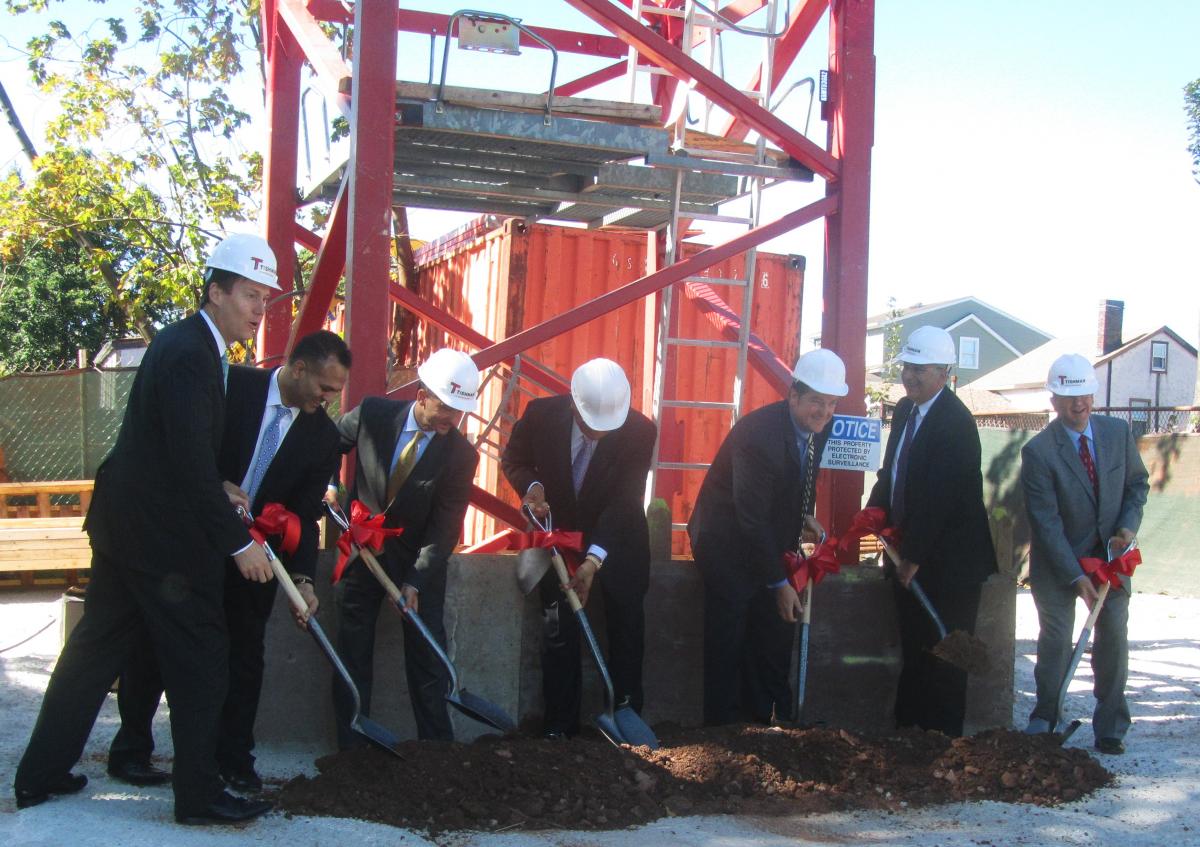 Simple math shows that something just does not add up.

According to the release, the government loans, tax credits, and direct assistance totaled $86.4 million.  The same release listed the total development cost as $82.8 million.

The Department of Community Affairs did not respond to a request for comment on the discrepancy or the alleged inaccuracies in the press release.

"Let me look into this for you tomorrow," emailed the state spokesperson on Monday.

Anthony Marchetta, head of the NJ Housing and Mortgage Finance Agency, did not respond to messages left via email and phone.

Marchetta's cousin, Russell Marchetta, is the spokesman for New Brunswick Mayor James Cahill, a frequent recipient of political donations from the Boraie family.

Since we reported on the Somerset Mews Sandy funding award last week, a story that was first broken by NBC New York's investigative reporter Chris Glorioso, many readers were shocked that such a large aid package was going to support a project in a neighborhood and city not seriously damaged by the superstorm.

The Governor has been on the defensive about this and several other questionable uses of Sandy funding, as well as other high-profile scandals rapidly unfolding as Christie begins a second four-year term.

On Monday, Christie said he would start to shift the administration's focus when it came to spending federal rebuilding funds.