NEW BRUNSWICK, NJ—In the largest political demonstrations in New Brunswick since 2007, more than 500 people gathered on Saturday May 25, in solidarity against the multi-national corporation Monsanto.

City police were caught off guard by the size of the protest against the largest conglomerate in the food industry.  News 12, based in Edison, was the only TV station that sent a crew to the Hub City’s massive demonstration.

That day, more than two million people participated in demonstrations in New Brunswick, Atlantic City, and over 400 communities across the globe, a mass protest of a size not seen since the onset of the Iraq War. Demonstrators gathered at the George Street Co-op Natural Food and Market Café near the city library, and proceeded to march on City Hall, before taking to the sidewalks of George and Albany Streets, and then Easton Avenue, towards their ultimate destination near a permaculture garden in Buccleuch Park.

The St.-Louis-based Monsanto Corporation, widely considered among the worst influences on the food system, was the target of their anger.  The agribusiness giant is the leading developer of genetically modified (GM) food.

Herbicides the company produces, along with genetically-altered seeds that grow plants resistant to Monsanto’s brand of herbicide, account for more than 40% of crops in the United States alone.  More than 90% of all soybeans and 80% of all corn grown in the US are made with the company’s genetically modified seeds.

“This is a movement that’s a long time coming,” Jim Walsh, the New Jersey Director at Food & Water, hollerred into a megaphone as he looked over the hundreds gathered at City Hall for the protest.

“We’re going to take our country back from these corporations that don’t care… We’re going to stop them and it starts right here today in the streeets of New Brunswick!”

By all accounts, the hours-long demonstration was a success and the impressive turnout appeared to surprise everyone, including its organizers.

Walsh said the local anti-Monsanto movement is having a follow-up meeting to discuss next steps this Thursday at 6:30 in the Food & Water Watch office on the second floor of 100 Bayard Street in downtown New Brunswick. 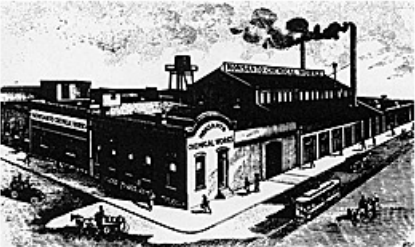 Founded in 1901 as a chemical company, Monsanto went on to develop caffeine, vanillin, laxatives, and sedatives, and even produced saccharine for the Coca-Cola Company, who bought out Monsanto’s entire inventory in 1903.

During the 1930’s and 1940’s, Monsanto diversified their product line to include the manufacture of plastics and fibers.

They also began producing polychlorinated biphenyls (PCBs), coolant and dielectric chemicals used in automobile motors and transformers, and today one of the most prevalent pollutants in the United States. 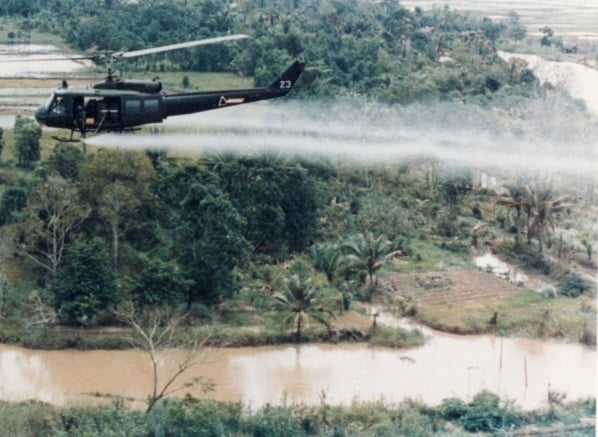 It was in 1945, however, that Monsanto created their most infamous product: Agent Orange – an herbicide and defoliant mixed with dioxin, which was eventually used in more than 6,000 US military spraying missions to destroy Vietnamese land and massacre over 400,000 people during the Vietnamese War.

The chemical caused health problems for large numbers of American veterans, as well as generations of Vietnamese citizens.

It wasn’t until 1955 that Monsanto entered the agricultural market, producing fertilizer and buying up and many agricultural companies over the next several decades.

During that time, Monsanto accumulated over 1,600 types of patents regarding seed engineering and other forms of plant and agricultural production.

In 1994, the company’s latest development was a growth hormone for cattle called rBGH.  Designed to increase milk production, it is still widely used in the US.  Monsanto eventually sold the rights to the hormone to Eli Lilly for $300 million, but it remains banned in 27 countries, including Canada, Australia, and most of Europe.

Monsanto also strongly supports the privatization of water, and has been purchasing groundwater and water reservoirs.

With rapid population growth and an expected worldwide population of 8 billion people by 2025, the demand of sustainable water is expected to increase by 40%, according to a federal report entitled “Intelligence Community Assessement: Global Water Security.”

Monsanto has been accused of dumping PCB’s in water sources, filtering the water, and then re-selling it back to the public for a hefty profit.

Despite the ecological, health, and legislative controversies surrounding the company, Monsanto reported net sales of $11.8 billion in 2011.  Today, the corporation operates 404 facilities around the world, spanning 66 countries over 6 continents.

Although the Food and Drug Administration claims the chemicals Monsanto sells for use on crops today are “noncarcinogenic” and safe for human consumption, a report issued in 2010 by the California Department of Pesticide Regulation said there were 26 reported cases that year of illness related to glyphosate, the chemical name for Monsanto’s Roundup.

GMO BANNED IN MORE THAN A DOZEN COUNTRIES 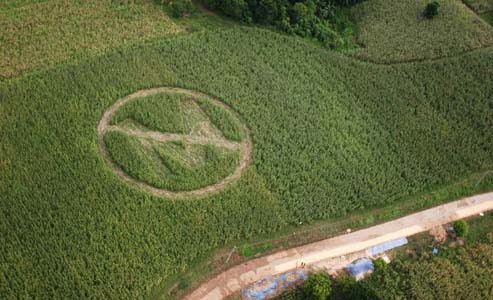 The seeds Monsanto sells today are not created to make foods more nutritious or plentiful.  Instead, they produce genetically altered plants designed to be resistant to the company’s herbicide (“Roundup ready” seeds), and in some cases plants altered to produce pesticides themselves.  These seeds have accounted for 27% of the company’s net sales in 2011.

But, in recent years, Monsanto’s domination of the food business, particularly regarding the GMO issue, has drawn negative attention and even rebukes from national governments.  Many countries have banned or strictly regulated genetically modified crops, rejecting the company and its untested products, according to an Examiner.com article:

In Australia: Several Australian states had bans on GM crops but most of them have since lifted them. Only South Australia still has a ban on GM crops, though Tasmania has a moratorium on them until November of 2014.

In Japan: The Japanese people are staunchly opposed to genetically modified crops and no GM seeds are planted in the country. However, large quantities of canola are imported from Canada (which is one of the world’s largest producers of GM canola) and there is now GM canola growing wild around Japanese ports and roads to major food oil companies. Genetically modified canola such as Monsanto’s Roundup Ready canola have been found growing around 5 of the 6 ports that were tested for GM contamination.

In New Zealand: No GM foods are grown in the country.

In Germany: There is a ban on the cultivation or sale of GMO maize.

In Ireland: All GM crops were banned for cultivation in 2009, and there is a voluntary labeling system for foods containing GM foods to be identified as such.

In Austria, Hungary, Greece, Bulgaria and Luxembourg: There are bans on the cultivation and sale of GMOs.

In France: Monsanto’s MON810 GM corn had been approved but its cultivation was forbidden in 2008. There is widespread public mistrust of GMOs that has been successful in keeping GM crops out of the country.

In Madeira: This small autonomous Portugese island requested a country-wide ban on genetically modified crops last year and was permitted to do so by the EU.

In Switzerland: The country banned all GM crops, animals, and plants on its fields and farms in a public referendum in 2005, but the initial ban was for only five years. The ban has since been extended through 2013.

In India: The government placed a last-minute ban on GM eggplant just before it was scheduled to begin being planted in 2010. However, farmers were widely encouraged to plant Monsanto’s GM cotton and it has led to devastating results. The UK’s Daily Mail reports that an estimated 125,000 farmers have committed suicide because of crop failure and massive debt since planting GM seeds.

In Thailand: The country has zigzagged in its support and opposition of GM crops. The country had widespread trials of GM papayas from Hawaii but reversed its plans when the seeds got wild and began contaminating nearby crops. Several countries such as Japan moved to restrict the importation of Thailand’s papayas as a result, not wanting to import any GM foods. Thailand is currently trying to embrace both sides — producing organic foods for some countries at a high price while moving towards embracing more and more GM crops. The country has also tried declaring some areas GMO-free zones in order to encourage other countries to trust their foods.

In the United States, Monsanto continues to dominate the food system as well as the political landscape.  One example of the company’s legislative strength is the fact that many former company executives are currently in high-level positions at the U.S. Food and Drug Administration (FDA), allowing them to create policies that favor Monsanto.

The “Farmers Assurance Provision,” derisively refferred to by critics as the “Monsanto Protection Act,” was signed by President Obama on March 23, and prevents the U.S. court system from stopping the sale of Monsanto products throughout the U.S.

Perhaps the most egregious actions taken by the corporation are in the way that it treats farmers, often taking them to court over patent infringement.

Although these seeds grow on their own from previous crops, Monsanto was able to best Bowman in court.  Bowman was forced to pay Monsanto $85,000 for unauthorized use of their patented species.

Bowman wasn’t the only farmer to suffer from Monsanto’s policies.  His case is one of many lawsuits that were filed in federal court by farmers in 2012, which also resulted in an investigation by the U.S. Department of Justice.