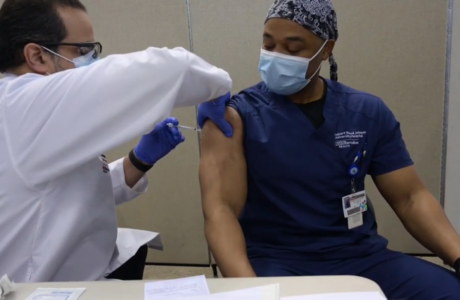 Robert Wood Johnson Hospital in New Brunswick is one of six hospitals throughout the state to receive the first batch of COVID-19 vaccinations. END_OF_DOCUMENT_TOKEN_TO_BE_REPLACED

SOUTH PLAINFIELD, NJ—Police records show that a Caldwell woman was arrested on July 6 by agents with the Middlesex County Prosecutor's Office (MCPO).

Edyta Moczarska, age 42, has been charged in South Plainfield Municipal Court with a slew of financial crimes related to an allegedly years-long credit card fraud scheme.

Based on the details in the complaint, the MCPO is accusing the Caldwell resident of altering credit card statements to conceal more than a half-million dollars in "unauthorized charges."

END_OF_DOCUMENT_TOKEN_TO_BE_REPLACED

It's not immediately clear what Nancy M. Mokrzycki, age 50, did that led police to believe she had abused and neglected a child whom she had a legal duty for the care for.

The state's Department of Child Protection & Permanency (DCP&P) has apparently been involved in the situation, but details are sparse in the complaint obtained by New Brunswick Today.

END_OF_DOCUMENT_TOKEN_TO_BE_REPLACED

WOODBRIDGE, NJ—Police continue to investigate a fatal shooting at the Loop Inn Motel in Woodbridge that claimed the life of 21-year-old Bronx resident Andrew Torres.

The shooting took place at the couples-themed motel, located on Rodgers Street in the Avenel section of the township, just before 5 a.m. on June 21.

Torres was pronounced dead later that day, while another victim, a 24-year-old Bronx man, was critically injured.

END_OF_DOCUMENT_TOKEN_TO_BE_REPLACED

PISCATAWAY, NJ—Police announced on June 22 that they had arrested and charged Jahmeel Stevenson, age 21, with fatally shooting his 24-year-old brother six days prior.

No motive has been made public for the killing, which took the life of Henry Stevenson, Jr.

According to the criminal complaint provided by the Middlesex County Prosecutor's Office (MCPO), authorities believe Jahmeel Stevenson caused the death Henry Stevenson, Jr. by purposely shooting him multiple times with a firearm on June 16.

END_OF_DOCUMENT_TOKEN_TO_BE_REPLACED

OLD BRIDGE, NJ—Police announced on May 27 they had arrested the man they believe is responsible for fatally attacking a 57-year-old Sayreville man while walking his dog in the Glenwood Apartments.

Earl Allayne, Jr., a 20-year-old resident of Tall Oaks Court in Parlin, has been charged with felony murder, robbery, resisting arrest, eluding, and obstruct administration of the law, according to a spokesperson for the state court system.

END_OF_DOCUMENT_TOKEN_TO_BE_REPLACED

NORTH BRUNSWICK, NJ—Police announced they had arrested the man they believe is responsible for fatally shooting a 57-year-old man inside the North Brunswick Manor apartment complex.

Jerome Davis, a 40-year-old resident of N. Randolphville Road in Piscataway has been charged with homicide, contempt of a temporary restraining order, burglary, and possession of a weapon by certain persons who are not to have said weapons.

END_OF_DOCUMENT_TOKEN_TO_BE_REPLACED 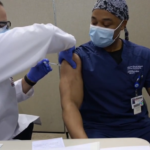 RWJ Hospital Among First to Give Staff COVID-19 Vaccine