The Democratic Party’s choices have won every countywide election since the 1990’s, so the team that wins their coveted “party line” endorsement will be heavily favored to prevail in the subsequent June and November elections.

That endorsement vote will take place tonight inside West Hall on the campus of the county’s community college in Edison, where hundreds of elected members of the Middlesex County Democratic Organization (MCDO) are expected to convene.

“All registered Democrats are welcome to attend,” according to the MCDO’s Facebook page, but members of the “County Committee” will be able to vote on the slate of candidates that will have the party’s support in the primary election.

The “County Committee” consists of a man and woman for every one of the more than 600 election districts in Middlesex County.  The members were elected by their neighbors in low-level elections during the June 2017 Democratic Party primary and they make up what one good government group calls the “secret power center” of local politics.

The district representatives, usually referred to as “Committeemen” and “Committeewomen,” will select from four candidates for the three openings on the Freeholder Board, the county’s seven-member elected governing body.

All seven members of the board are chosen in partisan, countywide races and represent all of the more than 840,000 total residents of Middlesex County’s 25 municipalities. 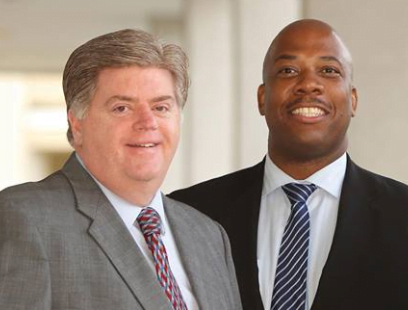 It is anticipated that incumbent Freeholders Charles Kenny and Kenneth Armwood will easily secure the party’s endorsement for their re-election, but the four-way contest also includes two Latinos competing to replace Blanquita Valenti in the third spot on the ticket.

Both Woodbridge resident Kenny and Armwood, who hails from Piscataway, told New Brunswick Today they were not going to publicly endorse either of the contenders for the third seat until after the MCDO’s vote on March 11.

The two candidates vying to replace Valenti are Claribel Azcona-Barber, a Dominican immigrant who  works for the city’s longtime Mayor and–like Valenti–lives in the Dewey Heights section of New Brunswick, and Perth Amboy’s Joel Pabon, Sr., military veteran and post office employee who has served on the Board of Education and City Council and run for Mayor there.

While it’s likely most of New Brunswick’s 56 committee members will support Azcona-Barber, and most of Perth Amboy’s 64 votes will go to Pabon.  But the outcome will depend on who shows up from the county’s  23 other municipalities, and which candidate they think is a better choice. 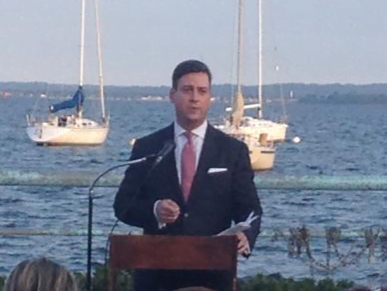 “The Middlesex County Democratic Organization’s (MCDO) bylaws and constitution requires submission of two hundred valid signatures on official petitions on or before a publicized notice date. That notice date was February 26, 2019 by 3:00 PM,” said McCabe.

“As required, notice of the requirements to participate in the screening and the attendant deadlines were published in both the Star Ledger and the Home News & Tribune on January 9, 2019, and January 10, 2019 respectively,” McCabe continued.

She was one of several dual office-holders “grandfathered” into legislation preventing this practice in 2007.  Valenti opted not to run for re-election to the City Council in 2010, but ran for additional three-year terms as Freeholder in 2013 and 2016. 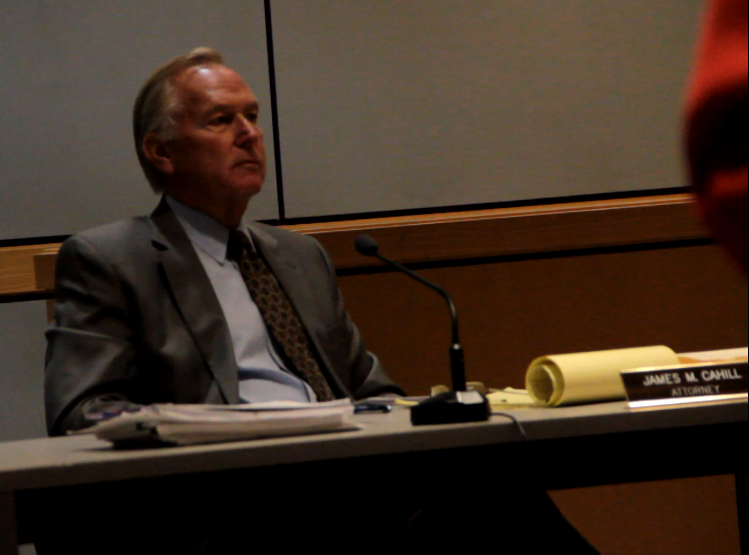 In 2016, party leaders tried to persuade Valenti not to run for another term, but according to an inside source, New Brunswick’s eight-term Mayor Jim Cahill backed her decision to run again and the party’s leadership deferred to Cahill, who won his first election along with Valenti in 1990.

Valenti’s retirement was announced, oddly enough, in a press release from Cahill’s office issued on February 1 and later posted to the city government’s website.

The very next day, one of Cahill’s closest allies, Claribel Azcona-Barber, wrote to MCDO Chairman Kevin McCabe declaring her intent to run.

Azcona-Barber, known by the nickname “Clary,” was listed in a 2015 article focusing on “The 51 Most Influential Latinos in N.J. Politics,” and describing her as “rumored to be the choice to replace Blanquita Valenti” when Valenti retires.

Valenti made her preference known in a February 26 letter mailed to the more than 1,000 committee members who will decide the party endorsement, saying that Azcona-Barber “shares my commitment to improving the quality of life for each and every Middlesex County resident.”

“Clary’s life is a story of perserverance and determination to make her community better and stronger,” Valenti wrote. 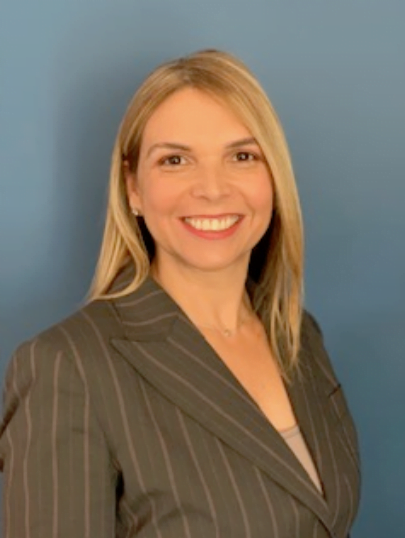 Azcona-Barber, a 52-year-old mother of two, has worked for Cahill’s office in New Brunswick City Hall since 2011, where she is paid a $66,270 annual salary.

In December 2015, he MCDO extended her a congratulatory Facebook post on her appointment to the NJ Redevelopment Authority, presumably by Republican Governor Chris Christie.  The position is listed as one of three “Governor nominated and Senate confirmed boards” where she served.

Her husband, a former Trenton Police Officer and New Brunswick Parking Authority board member, Anthony “Tony” Barber, joined the city payroll in a civilian position with the New Brunswick Police Department, allowing him to join the exclusive club of “double-dippers,” officials collecting a public salary and a public pension at the same time. 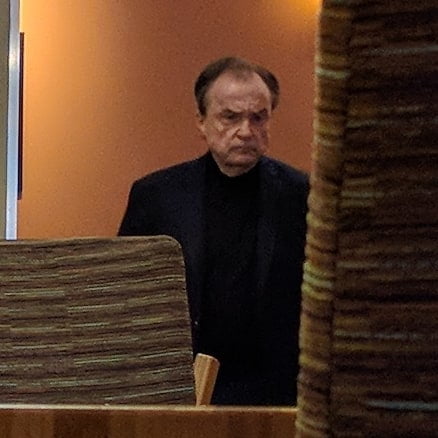 Tony Barber’s father was a New Brunswick cop who was apparently close to ex-Mayor John Lynch, Jr., as evidenced by the fact he submitted a letter seeking leniency for Lynch after the power broker admitted to committing the federal felonies of mail fraud and tax evasion.

While Azcona-Barber appears to have the backing of the sizable political machinery that has kept Lynch and Cahill in power since 1979, she has historically been more of a “behind the scenes” operative.

By contrast, Councilman Pabon has far more experience as a political candidate, having served three terms on his city’s Board of Education from 2000 to 2009, before being elected to the City Council in 2011. 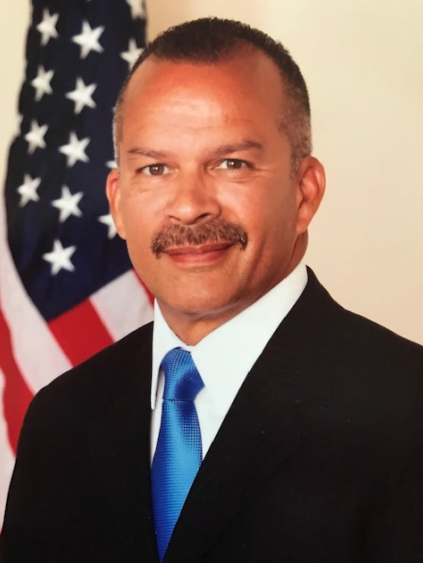 His resume also references his time as a Program Coordinator for the “Safe Haven After School Program,” where he worked from 2005-2009.

Pabon’s interest in the Freeholder position was first reported by Perth Amboy Now.

There’s only one other contested race on the convention ballot.  Most of the races have only incumbents running, like County Sheriff Millie Scott, who is expected to secure the party’s endorsement without opposition. 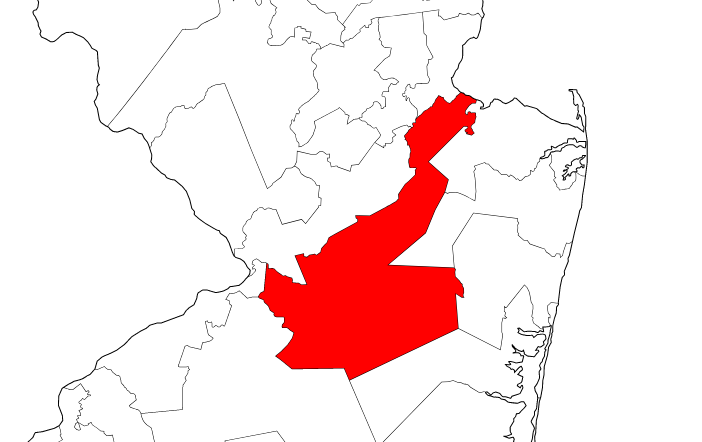 In the state’s 12th Legislative District (LD-12), the only Republican-controlled portion of the Democrat-dominated county, three candidates are vying for the Democratic endorsement for the district’s two Assembly seats.  Though most of it is located in Monmouth, Ocean, and Burlington Counties, Old Bridge is also included on the north end of the district.

Unlike every other candidate to prevail at the MCDO’s convention, the eventual LD-12 endorsement winners will be underdogs if they make it onto in the November general election.

David Lande, a lawyer from Monmouth County who ran for State Senate two years ago in the same district, is this time seeking the endorsement for Assembly, as well as one of the party’s 2017 Assembly candidates: Gene Davis, a former Linden politician who has since relocated to Jackson.

The third candidate is Malini Guha, a journalist from Matawan.  The two top vote-getters will secure the party line, but like every race this year, other party members can still run “off the line” in the primary election simply by filing a candidacy petition on or before April 1.