Jones and four other men beat up the innocent stranger, unprovoked, on January 21, 2018, according to prosecutors. 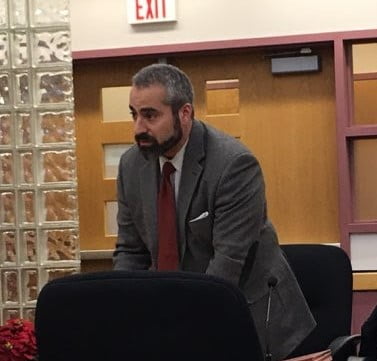 Attorney Joseph Mazraani represented Jones in the proceeding on February 8, saying, “There’s research today that the brain doesn’t really fully develop in men until about 26 or 27 years old… although legally he’s an adult.”

The current minimum age to become a municipal or county police officer is 18, but the New Jersey State Police require candidates be 21 or older.

But the Assistant Prosecutor and Judge were not having it, denying Mazraani’s request to prevent the victim from suing Jones for damages.

“It’s not a barfight.  It’s a riot,” said Assistant Prosecutor Christine D’Elia, noting that Jones “bear-hugged” the victim before throwing him to the floor, where he was kicked by the group of aggressors.

She described a scene where the victim, who was dancing with a woman, was “jumped” by the five men and brutally assaulted.  A video exists, but prosecutors have not released it.

“The information contained in the recording, the surveillance video of the establishment, will likely be revealed as the prosecution continues,” wrote the records custodian for the Middlesex County Prosecutor’s Office (MCPO) on February 20, 2018.

In fact, the MCPO has not issued any statements since the charges were filed against Jones almost exactly a year ago. 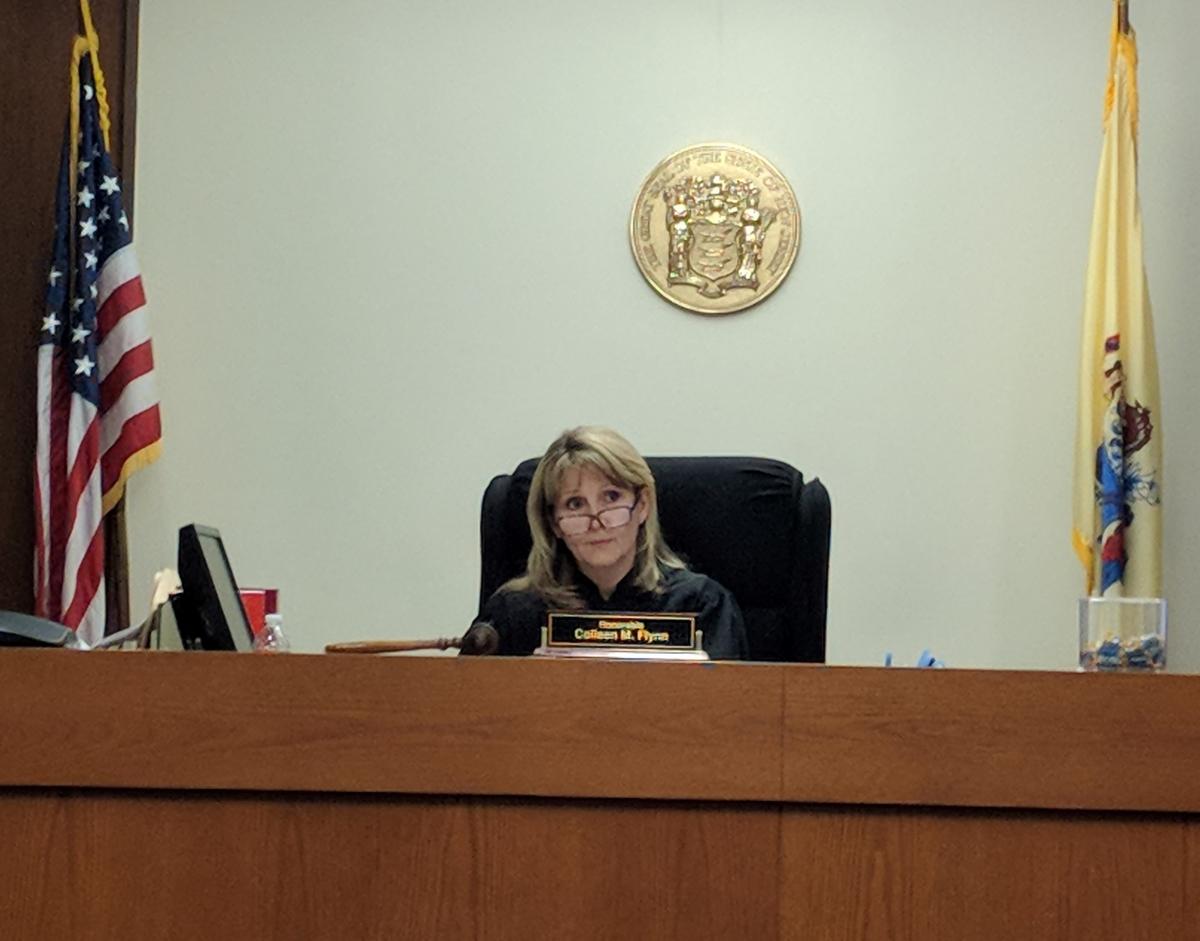 “Mr. Jones apparently held the victim while he was being punched in the face by another one of the co-defendants and the victim appeared to suffer some significant injuries,” said Judge Flynn.

Flynn said multiple times that “victims rights matter,” adding that she thought Mazraani’s proposal for Jones to have no probation was tantamount to “buying your way out of an offense.”

“In light of the serious injuries to this victim, I don’t think that’s fair to the victim.”

“This whole situation has been very unfortunate and it’s changed my life forever,” Jones told Flynn. “I’m very sorry for what happened.”

D’Elia noted it was already a good deal for Jones, arguing against Mazraani’s last-minute, last-ditch attempts to secure an even better sentence for his client.

“He has a [disorderly persons offense] on his record, which is probably going to be expunged soon,” said D’Elia.  “He can get a job in plenty of other places, he just shouldn’t work in law enforcement.”

Her office agreed to downgrade a second-degree aggravated assault charged to a simple assault, and to dismiss a count of riot that Jones was indicted on.

Mazraani was shot down by Judge Flynn in his request to provide Jones with a “civil reservation,” which would prevent the victim to be sued in civil litigation that has already initiatied by the victim. 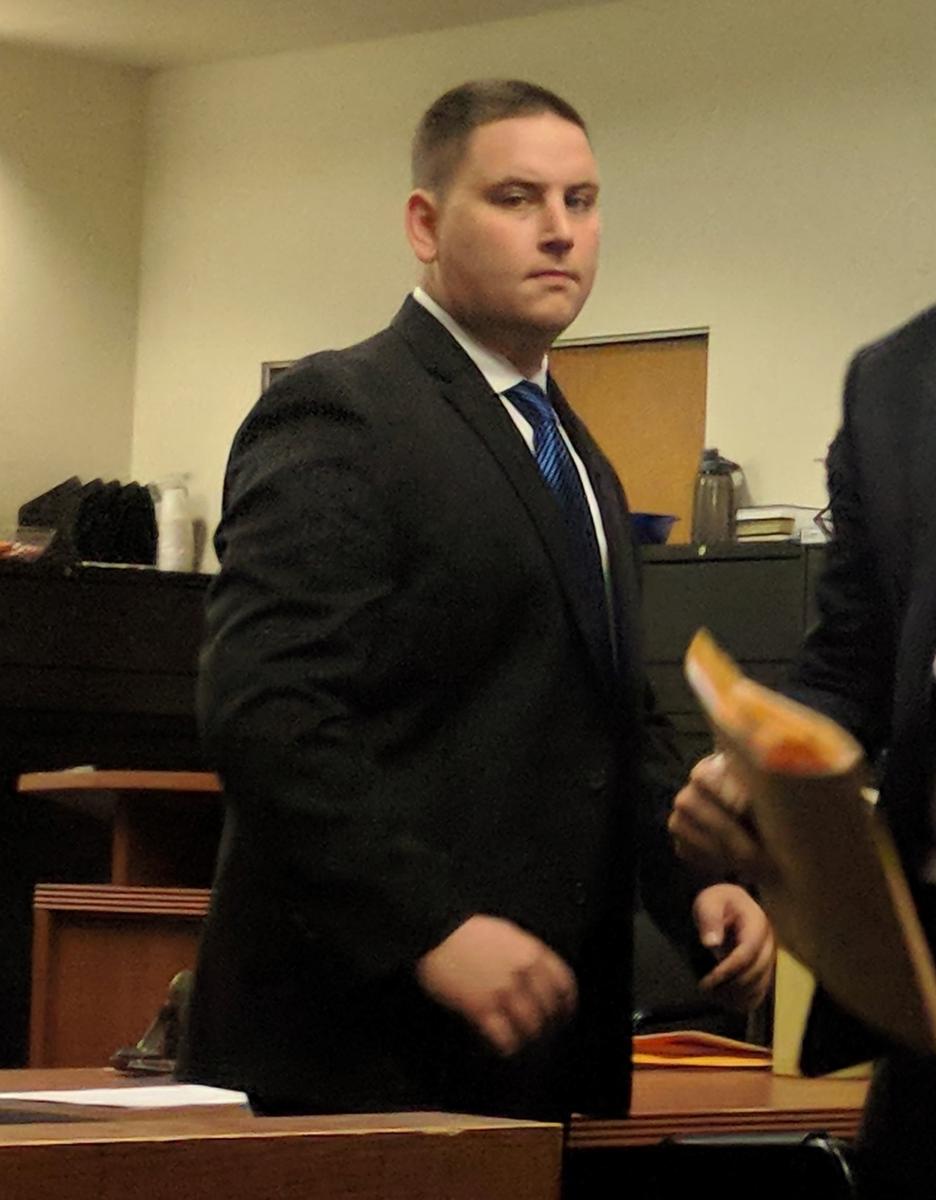 In addition to his own $3,000 in restitution, Jones was also sentenced to one year of probation and was ordered to take anger management classes.

Jones told the Judge he had a drinking problem and Mazraani explained that his client had spent “several months” in a Florida-based rehabilitation program.

“Unfortunately, this event is what opened my eyes to my problem,” said Jones, saying he now earns $20 per hour driving a truck for a produce company, pays his parents $500 per month to live in their Rutgers Village home, and supports his two-year-old son, who he cares for three days each week.

After offerring to have his client pay the $3,000 restitution on the spot if he got his way, Mazraani threw a fit in the hallway outside the courtroom after losing his requests, eventually going before the Judge a second time to clarify that his client desired one year to pay the victim.

D’Elia did not formally object, though she had said on the record that the original deal was for the funds to be paid to the victim before the court date.

“That’s why we kept pushing the [sentencing] date back,” she told the Judge.

For some reason, Mazraani said he knew Jones’ father “very well.”  What he didn’t say was Jones’ father has worked for city since 2000, currently earning earns $115,915 annually as a Lieutenant in the Fire Department.

The father has been appointed to serve on the city’s Ethics Board by eight-term Mayor James Cahill. 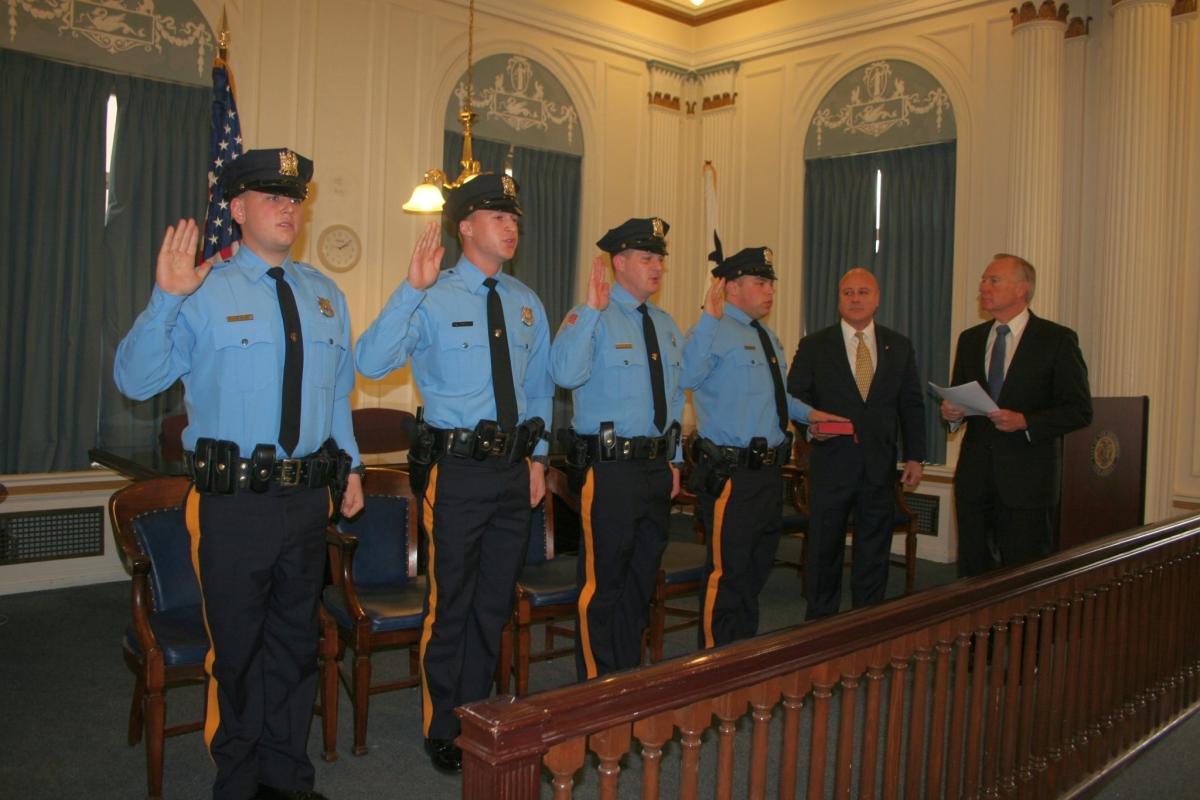 Both Anthony Joneses have made financial contributions to Cahill’s various political funds, with the now-convicted cop giving a $750 gift to the Mayor’s 2014 re-election campaign, 15 months before Cahill hired him to the force.  Notably, Cahill faced no opponent in that race.

The Mayor did not make any public statements about the convictions, and his spokesperson has vowed not to respond to inquiries from this newspaper.

“We don’t respond to political publications,” said Jennifer Bradshaw, a former journalist who started working for Cahill in 2014.

Jones pleaded guilty to the charge on November 5, one day before Cahill won another four-year term by defeating this reporter.

Jones is the latest of at least a dozen Cahill adminsitration officials to be found guilty in Superior or federal courts.

He is the first NBPD employee to be convicted of a crime since 2012, when a political hire with a criminal record was busted with cocaine after being put in charge of the city’s fleet of police vehicles.

During Cahill’s tenure, officers have been convicted of running brothels and mishandling internal affairs investigations, as well as charged with voter fraud and theft.

The NBPD originally suspended Jones with pay.  But when the MCPO brought the criminal charges eighteen days after the incident, the city government stopped paying him and made the suspension indefinite.

Jones’ name did not appear on the rosters of hourly or salaried city employees provided to New Brunswick Today under the Open Public Records Act (OPRA).

Under the deal reached, Jones forfeits his job but has no restriction on future public employement.  D’Elia said that’s because the offense “did not touch on his office” because he was off-duty at the time.

Jones told this reporter he felt “great” after the case resolved.

But he soon may have to return to the very same Courthouse to defend himself in the civil lawsuit filed by the victim, an Edison man who is suing the Golden Rail Pub and his assailants.