“The people have to do everything they can possibly do to stop fossil fuel projects from going through because they hurt people, animals, and the environment,” said Barbara Cuthbert, a member of the Franklin Township Task Force, which was created by the Township Council in February 2017 to keep the Council & residents informed about the permitting process and concerns.

“FERC and state agencies are only required to have the companies live up to certain standards, which are not strong enough to truly protect us,” said Cuthbert. 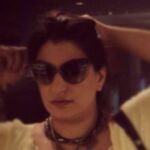