NEWARK, DE—The number two man at New Jersey’s largest hospital chain surrendered to authorities in Delaware on October 27 after being charged with a slew of creepy crimes.

So far, RWJBarnabas Health Systems has been quiet about the criminal charges against their one-time Chief Operating Officer and Chief Financial Officer, Gerald “Jay” Picerno.

As we reported, multiple employees of the chain’s New Brunswick hospital have faced criminal charges of a sexual nature in recent years.

Picerno, a 57-year-old Morristown resident, was charged with three counts of lewdness, five counts of indecent exposure, two counts of third degree trespass and one count of harassment in a string of incidents that took place during one September weekend, according to police. An additional incident on October 15 reportedly took place on the University of Delaware’s campus.

A spokesperson for RWJBarnabas did not immediately respond to a request for the status of Picerno’s employment, but the organization appears to have already scrubbed his name from their website.

However, the hospital did respond to an inquiry from ROI-NJ.com, a new media outlet that was the first to connect the criminal case to the powerful healthcare institution. 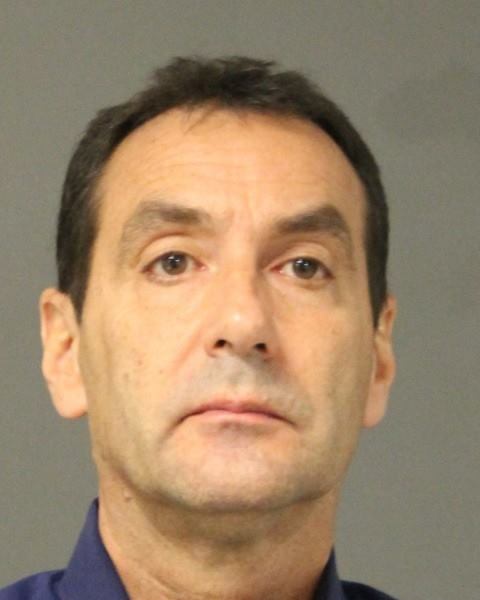 “Mr. Picerno is on leave. Any inquiries about non-RWJBarnabas Health matters should be directed to his personal attorney,” the hospital was quoted as saying by ROI-NJ’s Anjalee Khemlani.

Beginning in 2009, Picerno served as the Executive Vice President and Chief Financial Officer for Barnabas Health Systems, the healthcare chain that went on to merge with Brunswick-based Robert Wood Johnson in 2016.

A March 31, 2014 press statement announced Picerno’s promotion to the dual-role of Chief Operating Officer and Chief Financial Officer is no longer available on the RWJBarnabas website.

That statement noted that Picerno would be “responsible for strategic system operations, clinical functions, and finance for Barnabas Health.

It also noted that he”served in various leadership positions during his tenure at Centura Health in Englewood, Colorado, including Chief Financial Officer, Chief Operating Officer and Interim Chief Executive Officer,” and “as a board member of the Catholic Archdiocese of Denver, Catholic Charities.” 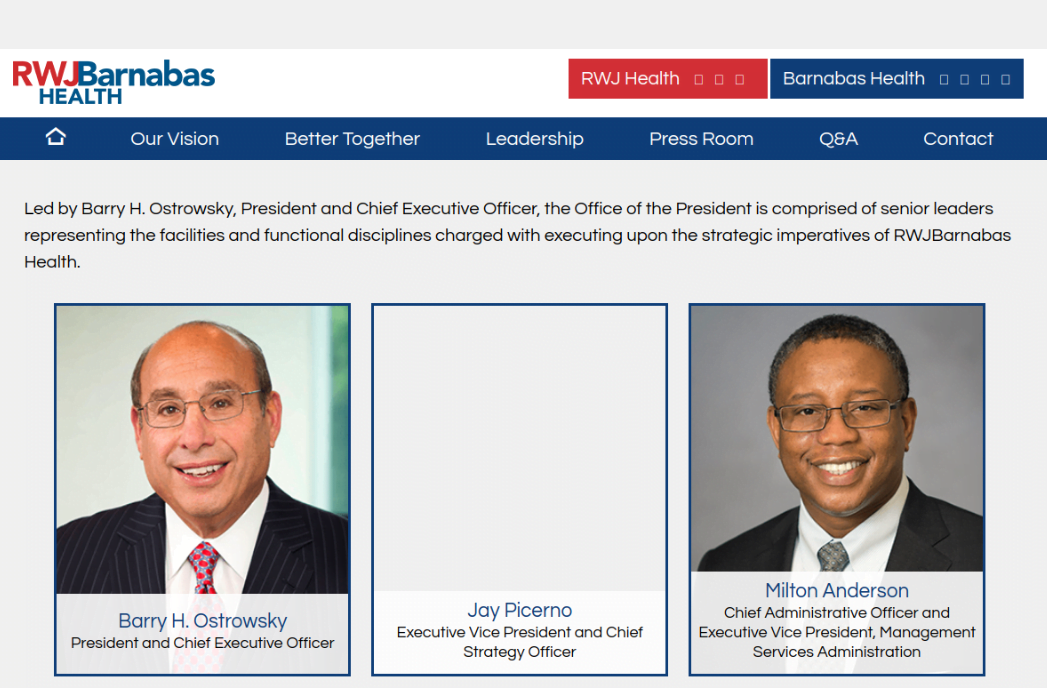 As the merger between RWJ and Barnabas finalized, it appears Picerno’s job title changed once again.  The day after his arrest, the RWJBarnabas website listed his title as “Executive Vice President and Chief Strategy Officer.”

Picerno’s image was also removed from the system’s “leadership” page, which no longer lists a Chief Operating Officer or a Chief Strategy Officer.

The first incident in which Picerno is implicated took place on September 15 at approximately 10:30 p.m., according to the Newark Police (NPD).

It was also the crime that allegedly caught up to him, as police were later able to identify Picerno’s fingerprints on a “lewd and harrassing note” that he allegedly left outside a side door of a 20-year-old female student’s home on South Chapel Street.

But the worst was yet to come.

The suspect, who police believe was Picerno, fled on foot from the scene of the crime, identified as the 100 block of East Main Street.  But police c0ntinued to trail him after another call came in from a short distance away less than 30 minutes later.

At 1:28 a.m. the NPD responded to the 200 block of East Main Street, where two 19-year-old female students reported that “they were walking through a parking lot when a naked white male emerged from behind a set of dumpsters,” according to the NPD statement.

“The male was holding his clothes and spoke to the victim’s before jogging away.”

The fourth incident allegedly occurred on-campus about one month later, on October 15, near the Roselle Center for the Arts.

After their Evidence Detection Unit was able to recover fingerprints from the letter left behind in the first incident, police were able to use the University’s system of surveillance cameras to further identify Picerno, who they noted has “no affiliation with the University.”

Picerno was arraigned through Justice of the Peace Court 2, where he “received $5,500 unsecured bond,” according to the NPD.  “He was ordered to have no contact with the University, the city of Newark or the victims.”