NEW BRUNSWICK, NJ—On July 13, Detectives arrested a registered nurse from Perth Amboy who worked at both of the New Brunswick's hospitals on charges of sexual assault.

Hernandez is a free man while he awaits trial, released under the state's new "bail reform" law.  He was released from the Middlesex County Adult Correctional Center on on July 21, after one week behind bars.

According to the Middlesex County Prosecutor's Office (MCPO), Hernandez has been suspended from his job at Robert Wood Johnson, as well as from his positionsat Saint Peter’s University Hospital and Maxim Healthcare Services in North Brunswick.

According to the joint statement from Middlesex County Prosecutor Andrew C. Carey and New Brunswick Police Department (NBPD) Director Anthony Caputo, both of the incidents involved patients who had come to the emergency room at the hospital.

“We are fully committed to providing a safe environment for our patients, visitors and staff,” RWJ spokesperson Peter Haigney told TAPinto New Brunswick. “Our administration and staff are working in full cooperation with the Middlesex County Prosecutor’s Office.”

It's not the first time that a Robert Wood Johnson worker has been charged with repeated sex crimes on the job. 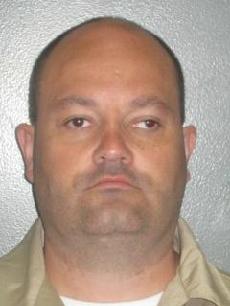 On July 21, Richard Smith, a former patient care technician was sentenced by Judge Diane Pincus to twelve years in State Prison before becoming eligible for parole.

Smith pleaded guilty on March 1 to two counts of first-degree aggravated sexual assault, one count for an incident at University Medical Center of Princeton in Plainsboro, and the other for an incident at his prior employer: RWJ.

"Under a plea agreement… the defendant admitted he digitally penetrated two victims while acting as their patient care technician," read a MCPO release on the sentencing.

Meanwhile, Hernandez saw his nursing license temporarily suspended by the State Board of Nursing on August 10.

"Hernandez signed an interim consent order of voluntary surrender to be deemed a temporary suspension of his license on July 18, which was filed on July 19," read a release from the state Attorney General's office.

“Nurses have a moral and professional obligation to conduct themselves professionally when caring for their patients. Sexual assault is one of the most egregious violations of that obligation,” said Attorney General Christopher S. Porrino. “When dealing with an alleged crime of this severity, immediate license suspension is an appropriate outcome to protect the public.”

But Hernandez has bigger problems than the threat of losing his license.

He faces a fourth-degree criminal sexual contact charge, and a disorderly persons offense for lewdness in the October 2016 incident.

But he's also looking at one count of second-degree sexual assault as well as a fourth-degree criminal sexual assault charge from the more recent incident with the 74-year-old woman.

Under the terms of the consent order, Hernandez cannot practice, identify himself, or be employed as a nurse, and must surrender copies of his license to the board.

The suspension is temporary, pending the outcome of the criminal case against him, and the "surrender of his license is not considered an admission of liability," according to the AG's Office.

The MCPO said that the investigation is "active and continuing" and asked anyone with further information on these incidents or others to call or NBPD Detective Erika DiMarcello at (732) 745-5200 or MCPO Detective Oscar Ayala of the Middlesex County Prosecutor’s Office at (732) 745-3600.

Patients who believe that they have been treated by a licensed health care professional in an inappropriate manner can file an online complaint with the State Division of Consumer Affairs by visiting its website or by calling 1-800-242-5846 or (973) 504-6200.