The annual festival’s 2017 theme featured Turkish traditions, but a diverse array of singers and dancers showcased contemporary and traditional folk music with origins varying from the Nanticoke Lenni-Lenape Tribal Nation to the distant shores of Ireland.

During his performance with Michael Soga’s tribute to Crosby, Stills, Nash & Young on the Pinelands Stage, vocalist Kevin Smith described the varied eclectic sounds of folk music as "the music of the people."

Winds picked up as the day grew long, creating an occasional but manageable challenge for the audio crew, supervised by Harry Grant – the festival’s chief audio supervisor for over 20 years.

For 43 years, the festival has delivered a family-friendly and free event to the public, while presenting the opportunity for students to study cultural folklore and produce a full-scale arts festival.

"While about half a dozen folk festivals in the United States are implemented by students, our Festival is the only one managed entirely by undergraduates as well as is the result of an academic course for credits," reads the festival's website.

The New Jersey Folk Festival is a non-profit event held annually on the last Saturday in April. More information about the festival can be found at: http://www.njfolkfest.org/ 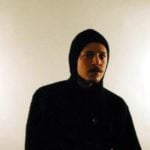