By: Christian Angeles
In: Archive

Screenings are held several times each week between Thursday and Sunday.  Visiting directors will introduce their work and conduct question and answer sessions after their screenings.

All of the competition films selected were screened by a panel of judges consisted of media professionals, journalists, previous festival winners, students and academics.

Of the 388 entries from around the world, 22 finalists were selected and will be publicly screened, with awards to be announced on Friday, October 7.

Albert Nigirin, a Rutgers professor who founded and continues to curate the Rutgers Film Co-Op/New Jersey Film Festival, told New Brunswick Today he noticed a "lack of screenings for thought-provoking cinema" during his time as a graduate student.

"I decided that I wanted a place for movies, and so the early goal was to provide a film culture in the area," Nigrin explained.

Nigrin talked about the origins of the festival, reflecting on how times have changed since then:

First, we focused on revival programming and things that were not readily available via home video. Back then if you wanted to see a movie, you had to rely on going to a multiplex, and really had to hope to catch it while in theatre or hope that it would later be on TV, which even then, you’d have to sit through commercials. So we rented some projectors, booked a room at the "river dorms," and held some of the very first showings to a crowd of maybe 20-30 people. It stayed like that through the 80’s until the 90s, when we expanded and started showcasing more arthouse cinema.

Since then, the New Jersey Film Festival has grown into a forum for thought-provoking cinema, and has provided a great place for networking opportunities, especially for young filmmakers.

This year marks the most visiting filmmakers in the festival's history, with at least 20 lined up. Much of this is due to the supportive atmosphere and the spaced-out time slots the festival has.

“This is a humanist film fest, stretched out, so that each film can have its own focus of attention,” said Nigrin.  "The festival is meant to be celebrating artists for all the things they do; to promote independent film makers and to give them a home and an audience."

Asked about some of the most memorable moments in the festival’s 35-year history, Nigirin shared several:.

Happiness, a film directed Todd Solondz, was probably our biggest show with around 1000 waiting people in line across the State Theatre, a line that stretched far down George Street. But what really put us on the map was back February of 1994, when Martin Scorsese came to do a benefit at the festival. They had Limos back behind the State Theatre and we got to hang with him in the green room. The audience loved this guy. Last year, we got to premiere the movie Wildlike, directed by Frank Hall Green, which was a moving tale that focused on two strangers that cross paths in the wilderness of the Alaskan frontier. It sold it out a couple of times and was just released on Amazon.

The festival will also be showcasing some of the winners of the Summer’s International Film Festival this October.

Free Food will be served prior to all the screenings, courtesy of Jimmy John’s of New Brunswick.

All programs begin at 7PM, in either the Ruth Adams Building (Room #1) or Voorhees Hall (Room #105).

General admission costs $12, while students can get in for $10, and seniors for $9. Two special free screenings are slated for October 14 and 28.

There will also be free parking in University lots near the screening spaces.

Asked what advice Nigirin would give to someone trying to make it into the film festival for future seasons, he said the best films are usually sweet and to the point.

“Bill Plympton, the famous animator came by once and gave some sound advice: ‘Don’t make a film more than 5 minutes. Be sure it’s visually and aesthetically appealing, Keep it tight, short, and sweet,’" Nigrin recalled.

"I like to tell students that mantra but add on one addendum: Keep it short and sweet, and make 'em go, 'Wow.'”

For the complete lineup, and general information about the festival, including its many sponsors within the community, visit their website at: www.njfilmfest.com. 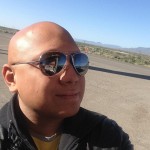