All major Rutgers developments in New Brunswick are required to be reviewed by the city Planning Board, in what is called a “Master Plan Consistency review,” where the board evaluates whether the project is consistent with the city’s Master Plan.

But, if it doesn’t find the project to be consistent, the board can only make recommendations as to how Rutgers might improve the plan. This particular project was nearly six month underway at the time of the board meeting. 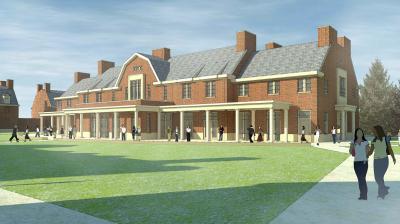 The board’s lawyer, Benjamin Bucca, who also serves as the Head Coach of the Rutgers Women’s Tennis team, was absent from a meeting for the first time in recent memory.

When New Brunswick Today asked about his absence, and the potential conflict of interest between serving the Board and the University, the board justified his absence by stating: “This is a Consistency Review and an attorney was not needed for the application.”