NEW BRUNSWICK, NJ—The City Council’s most senior member will not be seeking re-election, and it appears the political establishment has already selected her replacement to run in this year’s election.

Suzanne Sicora-Ludwig, an Edgebrooke resident who serves as a Democratic Committeewoman and leads the city’s powerful Planning Board, will be the newcomer on the party’s City Council ticket.

Prior to her husband’s untimely death in 2008, Sicora-Ludwig became involved in local government and politics, earning an appointment to the Planning Board by Mayor James Cahill.

In 2011, she was chosen to be the nine-member board’s Vice Chair, and became the Chairwoman in January 2013.

According to Sicora-Ludwig’s financial disclosure form, her only sources of income above $2,000 in 2015 were her late husband’s pension and rental income from a property she owns on Louis Street.  She also owns her residence on Voorhees Road.

Elizabeth “Betsy” Garlatti was absent from the April 20 meeting of the City Council, and it looks like this may be her last year in office as she will be dropped from the Democratic Party ticket.

Her mother, Patricia Sheehan, was the city’s first female Mayor, and her father Daniel Sheehan was also a city official.

Meanwhile, Sicora-Ludwig has apparently been selected by the city’s Democratic Organization to run for one of three seats on the five-member Council that are up for election this fall.

In a city where Democrats have won every local and county election since the 1990’s, Sicora-Ludwig will be seeking election for the first time along with two incumbents running for re-election: Councilmen Glenn Fleming and John Anderson. 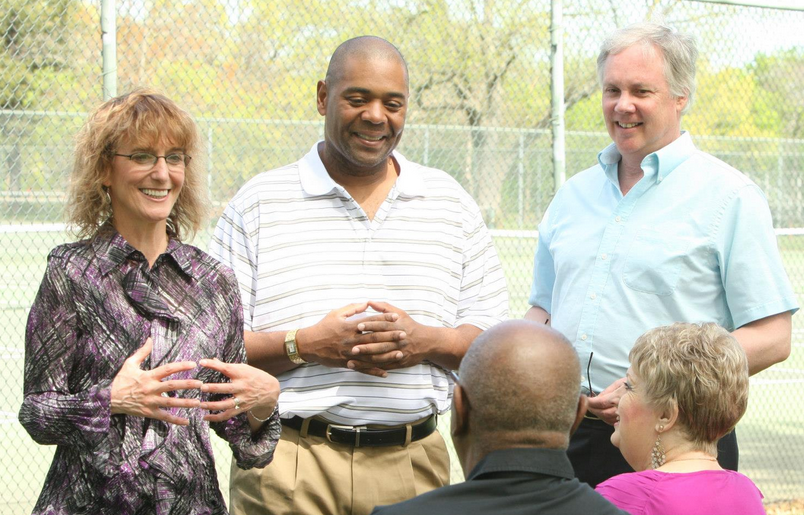 Sicora-Ludwig and Garlatti, a resident of the city’s Fourth Ward, have previously served together on the Planning Board.

If voters elect the new ticket to office in November, the switch would mean that all five of the Council’s members would reside in the northern half of the city, with no representative for the “uptown” areas.

According to their website, the NBDO conducted “screenings” of potential candidates on March 14 at the law offices of Kelso & Bradshaw, the firm run by the same attorney who represents most of the city’s major developers.

Thomas F. Kelso, the NBDO’s Executive Director, also serves at the county government’s top lawyer, and law partners of his firm have twice been chosen to serve as the county’s Prosecutor.

Ironically, Sicora-Ludwig’s most memorable and significant decision on the Planning Board was to vote against an application put forth by one of Kelso’s private clients.

For her part, Garlatti recused herself from the application due to her employment as a Chief of Staff at the NJ Higher Education Commission.  The project involved a collaboration between Rutgers University, the New Brunswick Theological Seminary, and two of Kelso’s clients.

NBDO Chairman TK Shamy, who also serves as the city government’s official lawyer, did not respond to a phone message left at his private law firm, Shamy & Shamy, nor to questions submitted via email.

New Brunswick Today learned of the NBDO’s decision to put Sicora-Ludwig on the ticket only thanks to a Facebook event page which lists her as a “Council Candidate.”

The “Cup of Policy” event, hosted by the “Young Democrats of New Brunswick,” will feature Fleming, Anderson, and Sicora-Ludwig discussing policy at Caffe Bene on George Street, on Thursday, April 29, starting at 7pm.