PISCATAWAY, NJ—County officials have remained silent in the face of allegations that Undersheriff Kevin Harris told the Sheriff’s Department’s fugitive unit to “stand down” as they were about to execute an arrest warrant at his own home.

Rumor has it that the incident surrounding the warrant, allegedly authorizing the arrest of a relative of Harris’ with the same Piscataway address, also resulted in a new policy requiring supervisors to approve before officers work on “out-of-county” warrants.

“At the end of the day all investigators were called into a meeting where a rule came out that certain out of county warrants can no longer be worked without permission,” one inside source told New Brunswick Today.

The source explained that investigators had been prepared to execute the warrant at Harris’ home on Karen Court, but then contacted dispatch after running the license plate of the vehicle in the driveway.

“When the investigators ran the vehicle license plate in driveway it came back to Undersheriff Harris and the same address,” said the source. “Dispatch forwarded call to Chief [Warrant Officer Candice] Burgess who then gave it to Undersheriff.”

“Undersheriff told them to stand down on working that warrant and that the individual no longer lives at the address.”

“I have no comment on that,” said Harris when asked if there was a warrant at his address. “Email the Sheriff in the morning.” 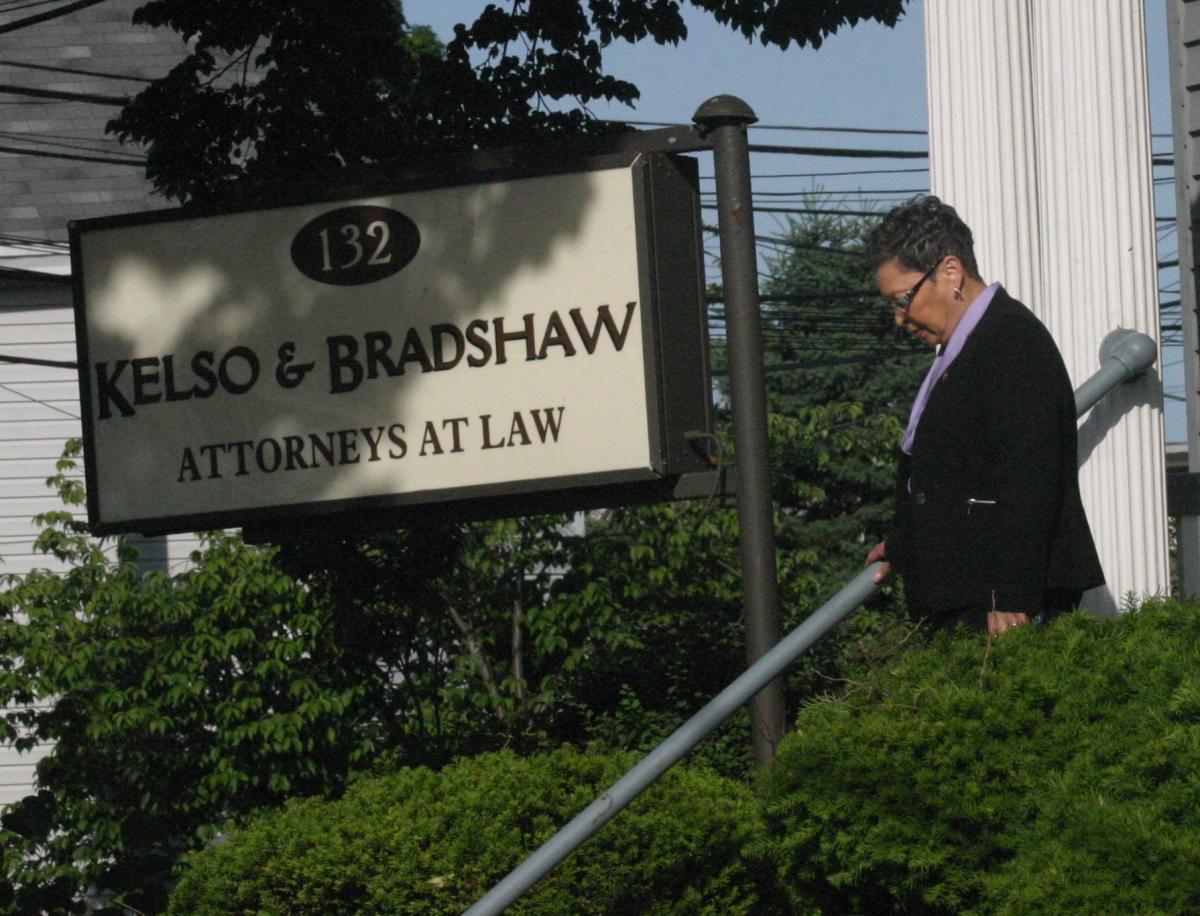 Sheriff Mildred Scott, a Democrat who also hails from Piscataway and hired Harris to the high-ranking position, has remained silent in the face of questions about the incident.

Both are in an exclusive group of double-dippers, who collect public salaries and public pensions at the same time.

It’s the latest scandal in the embattled Middlesex County Sheriff’s Department, which was run by Joseph Spicuzzo for three decades before he was convicted of taking bribes in exchange for hiring people to the law enforcement agency.

“First of all, I have all the confidence in the world in our prosecutor and our sheriff,” said Freeholder Director Ronald Rios, when confronted with the allegations at the board’s March 17 public meeting.

Rios deflected the questions, saying that the Sheriff and Prosecutor are “constitutional officers” whom he does not oversee directly.

“I cannot force them to do anything, to change policy. It’s up to them to run their offices,” Rios told the public.  “We budget their departments and that’s the extent of our responsiblity.”

“If you have complaints about the prosecutor or the sheriff, I suggest you go to the Attorney General.” 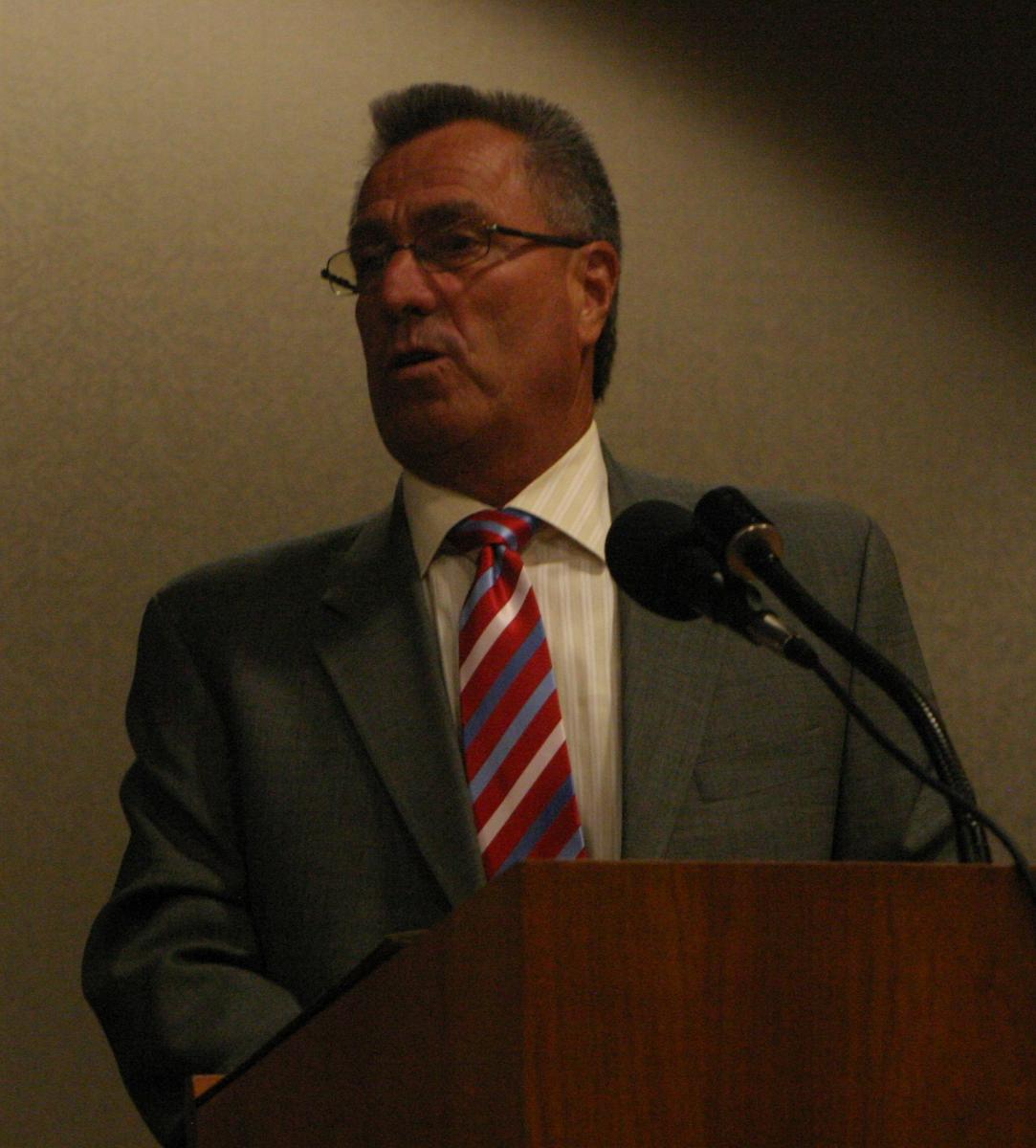 “Did you have all the confidence in the world in the previous Sheriff?” this reporter asked, catching Rios off guard.

“Well you know what, I can’t answer for things that was done by the previous Sheriff. I can’t answer those questions,” said Rios, who joined the Freeholder Board in 2008.  “If he was convicted of a crime, he was guilty, and he paid his penalty as per state law and the trials.”

Scott, who is up for re-election this year, was Spicuzzo’s handpicked successor, and she has been accused of retaliating against the officers who ratted out Spicuzzo.

Middlesex County Sheriff’s Officers provide courthouse security and transport prisoners, but a group of about 20 “investigators” mostly execute arrest warrants for people who are delinquent in making child support payments.

All of the investigators were hired directly either by Scott or her convicted predecessor, outside of the Civil Service system. 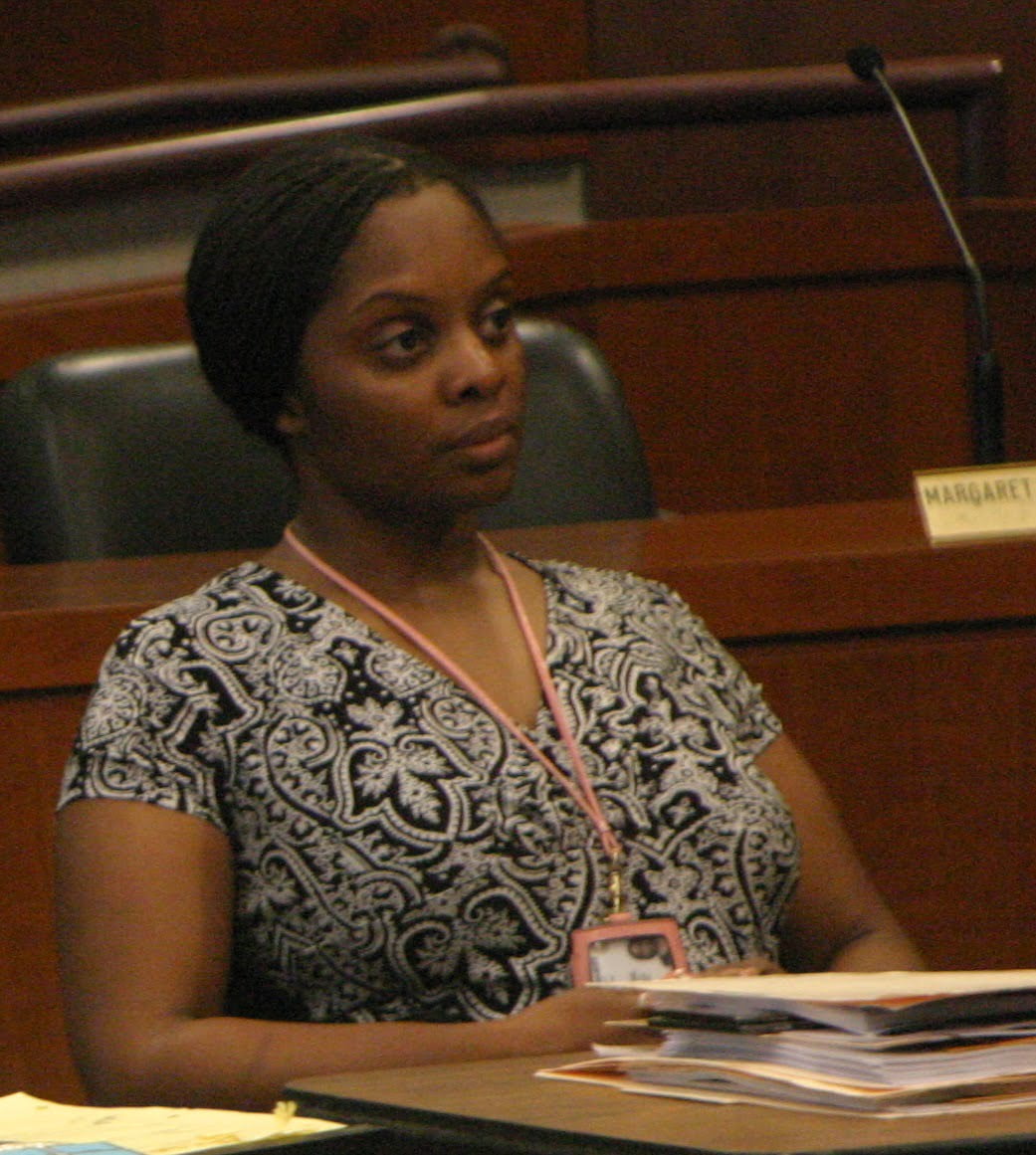 For her part, Chief Warrant Officer Candice Burgess refused to answer questions about the incident.

“This Office can neither confirm nor deny the accuracy of your statement,” wrote Burgess in an email.  “As you have been previously advised, any requests directed to this Office must be in the form of a request for specific documents.”

“Unfortunately, your request for confirmation of information does not conform to this requirement.”

On March 7, New Brunswick Today asked how and when we were advised of this unorthodox rule. Burgess still has not responded to the question.

As recently as August 24, NBToday emailed Sheriff Scott questions and received a written response from the Sheriff herself.

Scott, a former police officer and Middlesex County Freeholder, is in the last year of her second three-year term as the county’s sheriff. She will face at least one Republican, and perhaps other Independent challengers in the November election.

Given one last chance to comment on the allegations against her department’s number-two man, Scott did not respond.

Burgess, given one final chance to confirm or deny the incident, reiterated her refusal to provide any information that is not “a specific document.”

“Any requests for information must be in the form of a specific document under [the NJ Open Public Records Act],” wrote Burgess.  “If you are looking for a specific document in relation to an incident, or arrest, please resubmit your request in the proper format.”

“The lack of any information from the Sheriff’s office is disturbing,” said Walter Luers, the leader of the NJ Foundation for Open Government, and a lawyer who specializes in OPRA law.  “The allegations, if true, reflect exactly the type of favoritism and special treatment that undermines law enforcement’s credibility and the public’s faith in law enforcement’s ability to execute their duties fairly.”

“These allegations also unfairly tarnish the vast majority of law enforcement officers who execute their duties fairly and justly every day,” Luers continued.  “An investigation must be conducted, and the result made public.”

Editor’s Note: Walter Luers is currently representing the author of this article in multiple OPRA lawsuits.