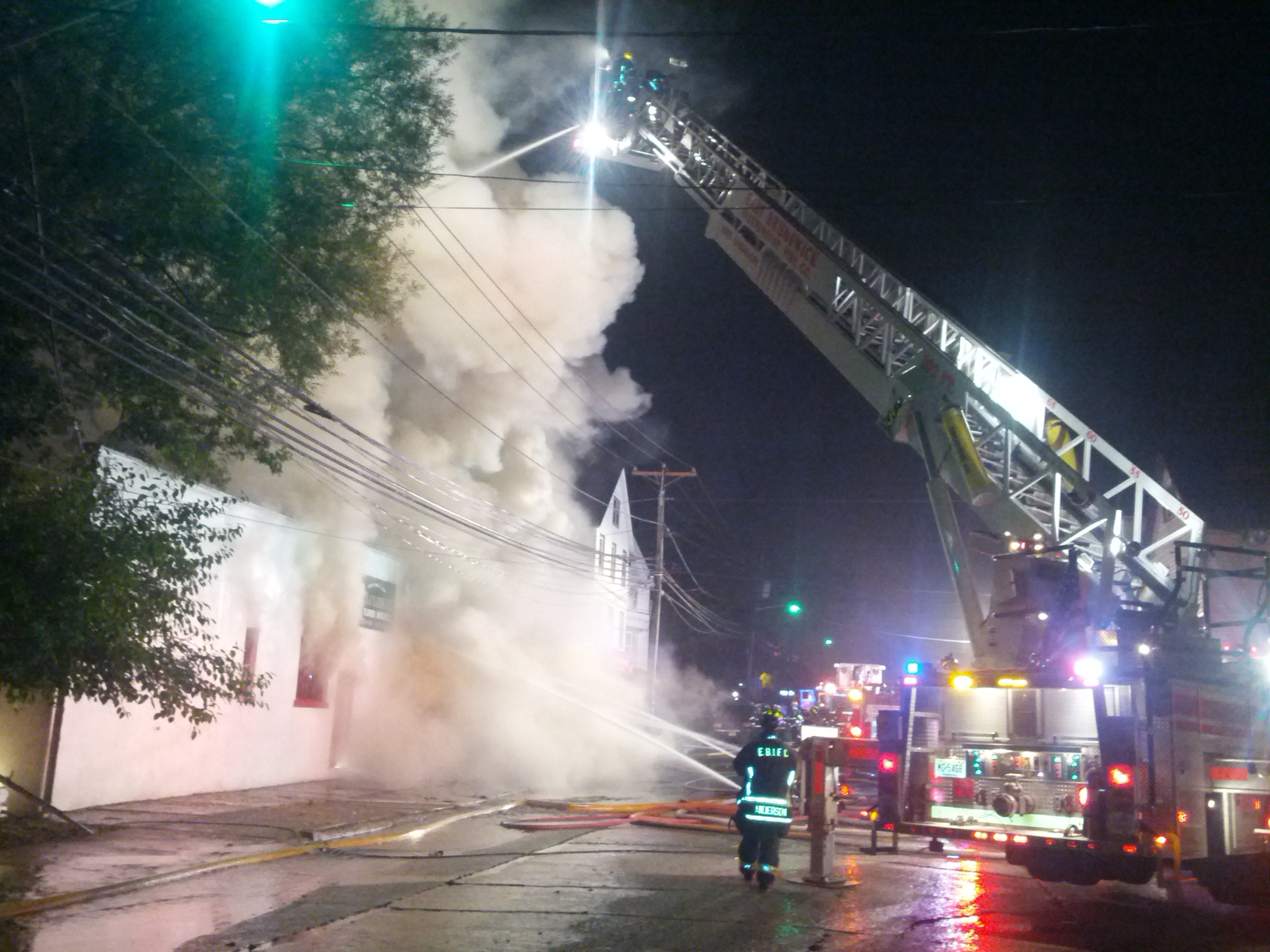 Board Hearing Proposals For Downtown Microbrewery and Two Apartment Buildings

UPDATE (1/26): The plans for the microbrewery and the mixed-use building at 364 Somerset Street were approved 6-0.  Construction Management Associates postponed their hearing on plans for 15 Maple Street until further notice.

NEW BRUNSWICK, NJ—The Zoning Board of Adjustment is scheduled to hear proposals large and small at its annual reorganization meeting on January 25 at 7:30pm in the Council Chambers of City Hall.

After selecting board officers including a Chairperson, the board is set to hear plans for two different apartment buildings proposed for the Somerset Street neighborhood, and a microbrewery in downtown next to the bar known as Mike's Courtside.

All three of the proposed development projects fall within the city's Fifth Ward.

One of the proposed developments would replace a warehouse that housed artificial flowers until it was destroyed by a fire in 2012, as we reported at the time.

Crown Plaza LLC, which lists a New Brunswick address associated with developer Francisco Garcia, bought the land at a "fire sale" for $150,ooo in June 2013, and now hopes to secure Zoning Board approval to build a four-story mixed-use building at the site of burned-out warehouse at 364 Somerset Street.

In the building would be 24 apartment units on top of two retail stores, a small office, and 11 parking spaces.

The site is located just north of the Magyar Bank headquarters adjacent to Six Mile Run Brook. At least some of the site falls in a "flood hazard area," according to the plans submitted to the board.

A much smaller proposal that will also be evaluated by the board would add a microbrewery in an existing commercial space at 54 Paterson Street.

The space is currently half of the Barrood agency offices, but it soon could be an 800 square-foot "brew and taste" room if the Zoning Board allows. 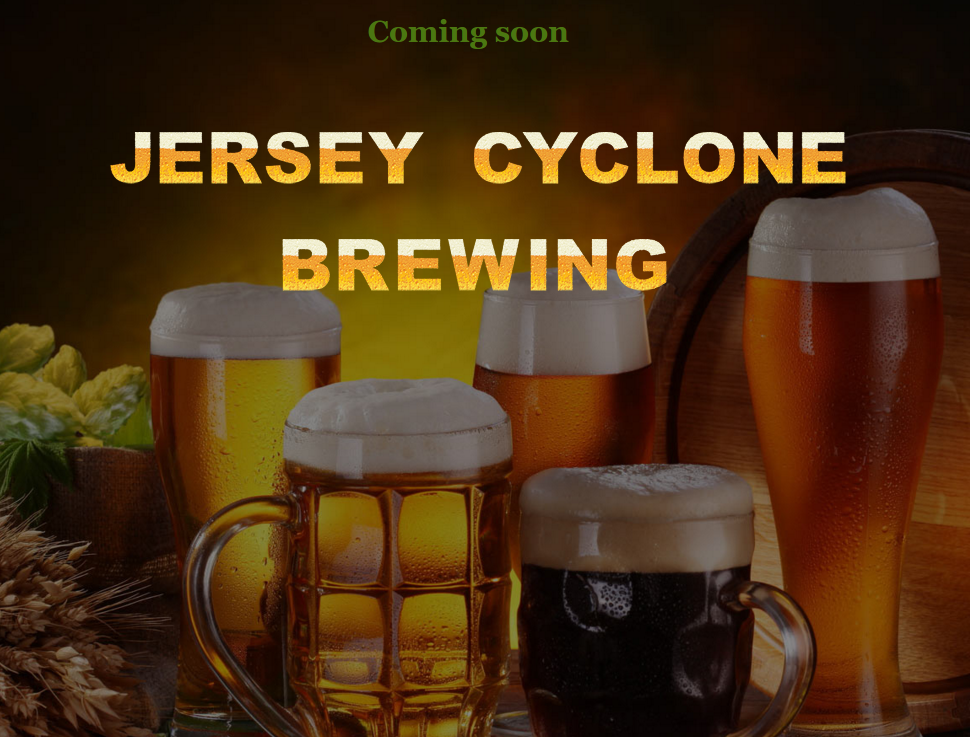 Mike Barrood, the owner of two downtown bars, said a friend of his is responsible for the application filed by Jersey Cyclone Brewing Company.

"They are trying to open a small spot to see if they do good," said Barrood.  "He's a friend of mine and his beer is damn good.  He even grows some of his own hops.  He actually won some award this year and a big brew house is going to use his beer."

Barrood said it will be separate from his establishment, Mike's Courtside, located at the corner of Paterson Street and Elm Row.

But the first item on the agenda is at 15 Maple Street, where a controversial developer hopes to replace a vacant church rectory with a 20-unit apartment building in the R-5A zone.

Unlike the Crown Plaza LLC proposal the 15 Maple Street plan would be solely residential, with no offices or stores.  The ground floor would consist mostly of parking, and the latest revision of the plan calls for 26 spaces

The developer, Construction Management Associates, plans to stack three stories of apartments above. 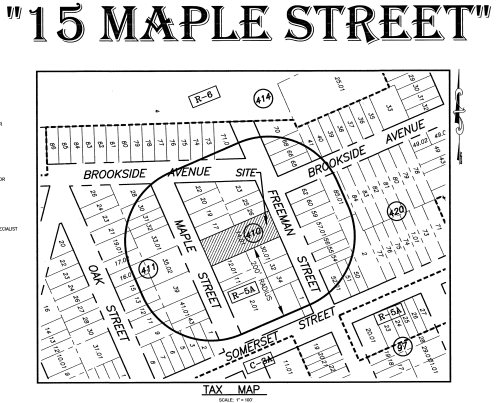 The lot was recently owned by St. Joseph's Roman Catholic Church, and it is currently occupied by a 2.5 story house with a big front yard and backyard.

The parish may have sold the house at 15 Maple due to its fiscal troubles.  CMA intends to demolish this house and erect the multifamily residence.

The reasons given were the inability of New Brunswick's Catholic population to support seven parishes financially, as well as demographic change among the city's Catholics.

St Joseph's Parish was founded in 1924 to cater to Polish Catholic immigrants, and by 2013 it was largely serving Hispanics. The parish had run a deficit for more than 12 years, a fact it had in common with St. Ladislaus and Sacred Heart parishes.

This hearing is the company's first application for development since last year's 17 Mine Street saga, which saw an unprecedented defeat for the developer in the face of community opposition, followed by the approval of a drastically downsized plan that the project's neighbors supported.

The board is also expected to approve its annual report, according to an agenda for the meeting.