NEW BRUNSWICK, NJ—On July 13, a chemical company opened its new industrial facility which packages calcium chloride for salting the roads in the wintertime.

Occidental Petroleum Company subsidiary CalChlor is renting the warehouse at 760 Jersey Avenue, a recently-renovated contaminated site that was once home to car battery plant.

Situated along the Northeast Corridor railroad tracks, not far from the Jersey Avenue train station, the facility recieves calcium chloride and packages it into plastic bags.

The site abuts the “Delco Lead,” a stretch of railroad trackes where NJTransit proposes to shelter its trains from future floods and storms. The “lead” was named for the Delco Remy factory, which produced car batteries for General Motors (GM). 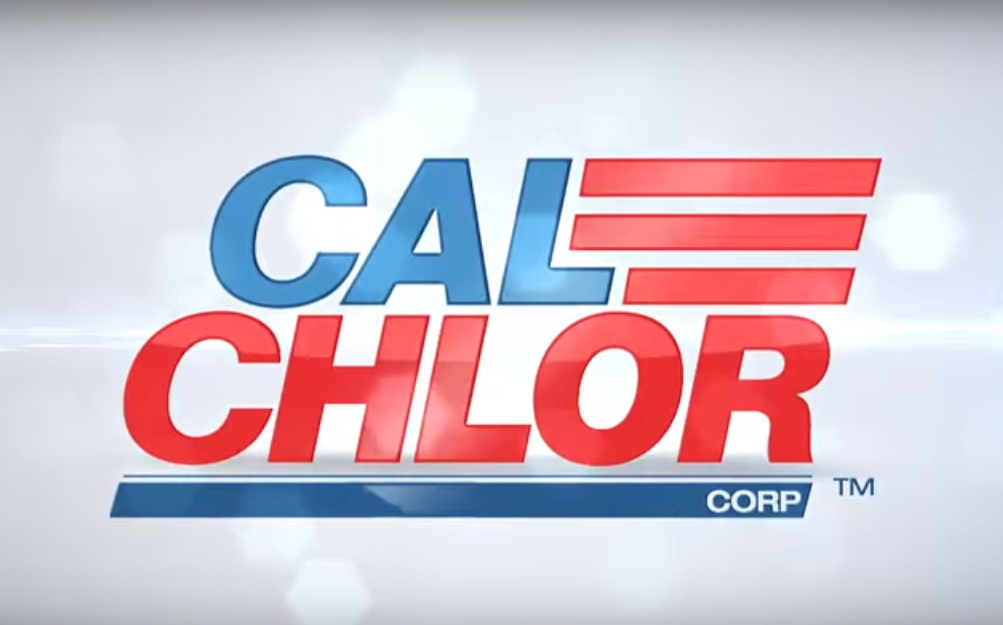 It is CalChlor’s second facility in Middlesex County.  Based in Lafayette, Louisiana, the company also has a location in neighboring Piscataway.

A significant portion of the original building was demolished, and now its owner, a powerful real estate developer, has secured approvals to build additional buildings on the site.

The new facility packaged its first bag of road salt the day before the building’s owner went back to the city’s Planning Board to get approvals to subdivide the factory site into three parcels, hoping to build additional smaller warehouses in the future.

Occidental leases the main building from Robert Paulus’ Wick Companies, LLC, based in Woodbridge.  Paulus also owns nearby warehouses that have been used as temporary schools, as well as multiple shopping centers in Edison.

The applicant was approved to use existing industrial space for packing and storing calcium chloride, along with “related products.”

Calcium chloride is not the salt in your salt shaker.  That’s sodium chloride.

Rather, calcium chloride is used as a de-icer on concrete roads and sidewalks, because concrete is made partly of calcium, which leaks out if water runs over it.

This leakage can be slowed down if the water has a high calcium content to begin with.

Sodium chloride is also used as a de-icer, although it is called “rock salt” when used for that purpose. Both salts can be used for melting ice, but they go about it in different ways. Sodium chloride lowers the melting point of water.

Calcium chloride not only lowers this melting point further, it also heats up the water a little bit, while rock salt does not.  While sodium chloride corrodes concrete and other materials, calcium chloride can also make ice a bit more slippery.

Calcium chloride is not particularly toxic.  It is recognized as safe to add to food by both the US Food and Drug Administration and European Union, and it is injected to treat some acid burns, as well as to ameliorate side effects of certain medicines.

However, it does corrode steel, so it is not supposed to be used on reinforced concrete.

When calcium chloride dissolves, it generates heat, which can burn the throats of animals that eat the salty-tasting chemical.  If one eats too much calcium chloride, a calcium overdose can produce symptoms ranging from a chalky taste in the mouth to a coma.

At the planning board meeting this summer, Paulus noted that it cost $12 million to remediate the contaminated site, a burden that might have been part of the factory’s post-WWII legacy.

The saltpacking plant was once a Delco Remy factory, originally built in 1945 and expanded several times from the 1950s to the 1970s.

The factory made car batteries for General Motors, as Delco Remy had been a division of General Motors since 1918, when GM bought former parent United Motors. 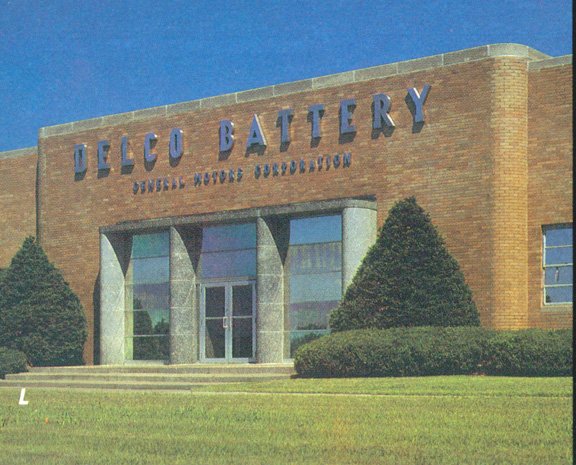 The factory started producing Freedom Batteries for Chevrolet Vegas in 1973.  In 1997, Delco was absorbed by GM’s Delphi Electronics

The factory closed when Delphi decided to get out of the battery business in 2006, and sold the facility to Johnson Controls Battery Group, Inc., who abandoned it less than a year later.

“Johnson Controls will pay $1 for the New Brunswick plant and $1.7 million for the plant’s inventory,” reads a 2006 article from Bloomberg News.  “It also will reimburse Delphi $12.5 million for the cost of an attrition plan to cut the workforce to 100 from 300.”

The abandoned factory was considered a “brownfield,” a contaminated industrial area, which needed to be cleaned up.

According to the NJ Department of Environmental Protection (NJDEP), there have been at least three cleanups at the site over the past three decades.

The first cleanup, where a gasoline tank was removed, may have led to the second, in which groundwater contaminated by an underground storage tank had to be dealt with.

That second remediation was accomplished under the Bureau of Underground Storage Tanks (BUST), and it was simple enough that it didn’t require a formal design.

The cleanup was completed, a No Further Action [Needed] paper was issued, and the site was allowed to be used without restrictions.

The site was up for sale in 2006 and 2007, and, under the Industrial Site Recovery Act (ISRA), remediation of certain industrial sites needed to be performed. There appears to have been some confusion about whether the act, which was once known as the Environmental Cleanup and Recovery Act, applied to the former Delco site.

In early June 2006, regulators decided that the ISRA applied. A case was opened with the Bureau of Industrial Site Remediation, and a remediation agreement – to clean up whatever was in the ground – was made by July 26, 2006.

This led to a multi-stage remediation being proposed by January 2, 2007, with the full extent of the contamination still being unknown.

However, by March 2007, the NJDEP’s “Initial Notice Section” gave the site a waiver from the ISRA without determining whether or not there was contamination

The Initial Notice Section is now called the Bureau of Initial Notice and Case Assignment Section, and it manages the completion of cleanups under the ISRA, as well as assigning sites to bureaus within the NJDEP.

On October 27, 2010, following a remediation submittal review, the NJ DEP alleged that landowner Delphi Automotive LLC failed to submit the annual review for all remediation costs, something the remediation agreement required.

Furthermore, the agency said that the remediating service did not clean up the property to an acceptable standard in the absence of the landowner’s agreement to impose controls and record a deed notice.

The NJDEP also alleged that the cleanup was not adequately paid for.

Nonetheless, at least one person recording into the NJDEP’s site remediation professionals database was not aware of any LSRP on the site on June 3, 2011.

In August the property was sold for $10, effectively transferring it from Milwaukee-based Johnson Controls to a Chicago-based LLC named “Denovo New Brunswick, LLC.”

In late 2011, DeNovo sold the property for just $99 to 760 New Brunswick, LLC, another limited liability company, with the same address as Paulus’ Wick Companies.

The factory site was designated a “Contaminated Area of Concern” on April 4, 2012. 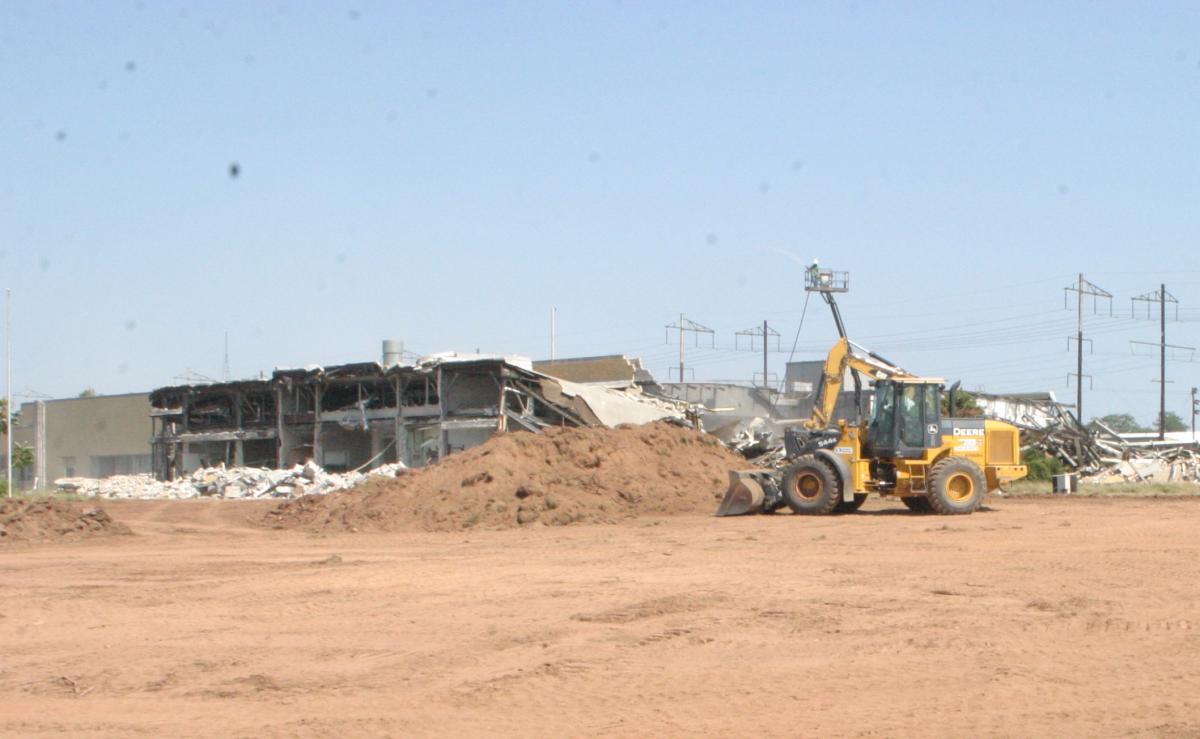 And the most recent demolition and remeditation was not without incident.

According to DEP records, “Denovo New Brunswick, LLC” was cited twice for removing lead from the site without a proper identification number from the Environmental Protection Agency (EPA).

Overall, the site now has more pavement and less building on it: the paved areas (“impervious coverage”) increased from 48% to 60% of the site, while the portion covered by buildings declined from 26% to 8%.

What is today the front office was the men’s locker room during the Delco era.

The demolition removed most of the oldest part of the factory, the central area built in 1945. The original office, which was also in the front of the building, was erased in the 2014 demolition.

The truck dock, however, has stayed where it was: in the back, on the northern side of the rear wing.