By: Wande Ogun
In: Archive

Typically held in a nearby bar, the final event will be held in the city's theatre district at the Crossroads Theatre, located at 7 Livingston Avenue in downtown New Brunswick.

CoLAB Arts, whose mission is to engage local artists, social advocates, and communities to create transformative work, started the story slam series, known as "theVOM" in 2014.

The CoLAB website explains the curious name for the series of events.

"The vomitorium is a Greek word meaning to spew forth, where we also get the word vomit. The vomitorium was an entrance place in the Ancient Greek Theatre where the actors would be spit into the playing space to tell the story," reads the website.

"The vomitorium, a term still used today, represents a transition, the journey from one place to another, from offstage to onstage, from darkness to light. And in this transition we often find our greatest stories."

TheVOM’s co-curators, Dustin Ballard and Molly Graham will be hosting the event which will feature original true stories in response to the theme "The Games That People Play."

"As an oral historian, I've interviewed hundreds of people – veterans, holocaust survivors, centenarians, even alien abductees. I thought I had heard it all until I became the co-host for theVOM Story Slam," said Graham.

"[New Brunswick residents] have a lot to say and it's been incredible to give them a stage to spotlight these unique stories."

They encourage people to share their favorite stories that coincide with their chosen theme.

"It's really a way we can both document and understand what it means to live in New Brunswick," explained Dan Swern, coLAB's co-founder and producing director. 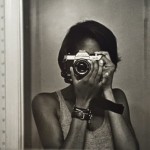