NORTH BRUNSWICK, NJ—Inspection records show that the warehouse that burned to the ground in July had a number of unresolved fire safety issues in the weeks leading up to the incident.

The massive fire broke out at the 37-acre warehouse near the intersection of Route 1 and Livingston Avenue at approximately 2:00 am on July 22, causing traffic delays and pollution concerns.

Nearly 1,000 firefighters from 157 fire companies kept the fire from spreading any further over the next five days, but the warehouse was completely destroyed.

Investigators with the Middlesex County Prosecutor’s Office are still working to determine what caused the blaze, and little information about the investigation has been made public.

The warehouse previously housed hundreds of automobiles for the nearby DCH Brunswick Toyota dealership, but according to NJ.com’s Sue Epstein, the dealership said that the cars were removed “a few weeks earlier.”

Two of the warehouse’s tenants filed applications for zoning approval in May 2015, the electric accessory company Ammo Electric and and the storage company HJA Logistics.

Along with two other businesses already occupying the warehouse, Jordan Logistics and Transtar Intermodel, all four companies were issued citations for lacking the proper permits after a May 14 inspection.

North Brunswick code enforcement officials learned that all four businesses were in the process of filing the applications for the very same permits they lacked, and retracted the violations by the end of May.

But the applications never got past the Fire Marshal, who would have had to inspect the facility and issue a certificate of compliance.

“They were working on a couple items that needed to be rectified,” said a township code enforcement official. “They were allowed to continue their occupancy there until they were rectified.” 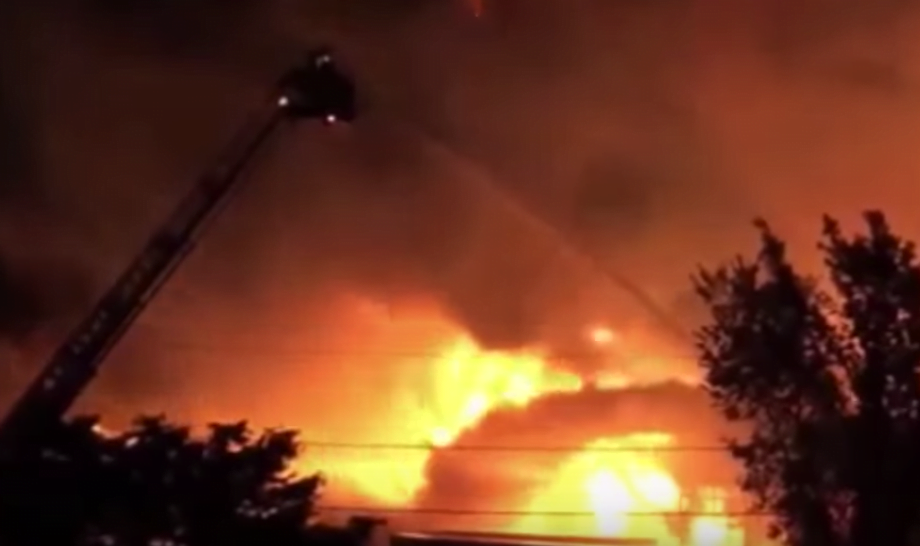 By the time the warehouse burned down in July, the Fire Marshal still had not issued the final stamp of approval.

The building was purchased by Martin B. Grossman’s company 1600 Route 1 Holdings LLC in 2001, for the price of $11.25 million.  Grossman currently works at the Brooklyn-based Achime Importing, according to inspection records.

Grossman has not returned any inquiries. His associates listed on public records as “emergency contacts” could either not be reached or were not willing to comment.

The damage caused by the fire continues to impact the community that lives nearby.  Many residents were forced to leave their homes for as long as five days.

The evacuation measures were undertaken between July 22 and July 26.  The Environmental Protection Agency (EPA) detected of high level of smoke which was factored into the decision to maintain the evacuation.

“Our air monitoring showed elevated levels of particulates (smoke) that one would see in a fire, which tailed off when the fire subsided,” Martin said.

The guidelines adopted in response to the fire included the use of gloves in case of skin contact with the ash, a protective gear to reduce exposure to particulates, detergents with bristle brushes to clean
sidewalks, driveways, and household furniture.

The department monitored levels of cyanides, chlorine, VOCs, Carbon Monoxide, and explosive gasses. None of these were elevated in the air despite the amount of smoke and the presence of plastic and other household supplies, he said.

“We did not see amounts of any of these materials that was a cause of concern to us or the health department,” he said.

Satellites captured images of the smoke moving towards Toms River and Long Beach Island until reaching the sea.

According to the County of Middlesex Department of Public Safety and Health, the fire involved the operations of fire departments in twelve different counties in New Jersey, and a fire company from Pennsylvania. 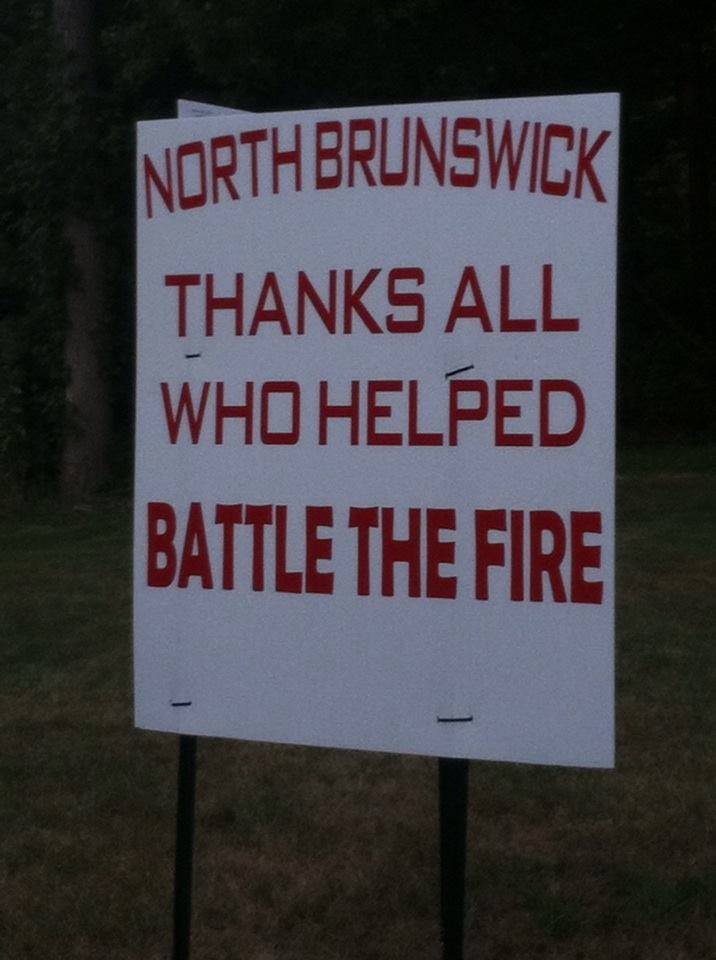 Firefighters utilized 7.2 million gallons of water from the Farrington Lake in North Brunswick.

Consequently, Mayor Francis “Mack” Womack alerted residents not to waste water and to be prepared for lower water pressure.

In his public statement, Womack deemed the catastrophe as the biggest fire in township history, and praised the collaboration of the firefighters from Pennsylvania with the local rescue teams and fire companies.

He expressed gratitude for the commitment of Fire Chief Donald Salzmann, Sr. who remained on-scene for almost the entire duration of the fire.

“The character of a person is truly revealed when they are confronted by challenge, and this fire was no doubt the biggest challenge of Chief Salzmann’s fire-fighting career,” said Womack.

“It is even more remarkable to note the fact that he and so many others who have participated in this team effort were here as volunteers.”