NEW YORK, NY—The National Yiddish Theatre Folksbiene will present a long lost operetta at the Nicholas Music Center at Rutgers University as part of the 2015 Mason Gross Summer Series, on August 5 at 7 p.m.

The NYTF is the world’s longest running and America’s only surviving Yiddish Theater Company.

The operetta, entitled Di Goldene Kale, which translates to The Golden Bride, is a story about an orphan girl who attracts many suitors after she gains an inheritance.

The show will be the beginning of a series meant to “restore lost and forgotten Yiddish literature and music by displaying them at educational institutions,” said NYTF marketing assistant Sarah Abelsohn.

According to artistic director Zalmen Mlotek, Rutgers will be the first of many schools across the country to host a performance.  It will “introduce the public to a culture they may have no knowledge of,” he said. 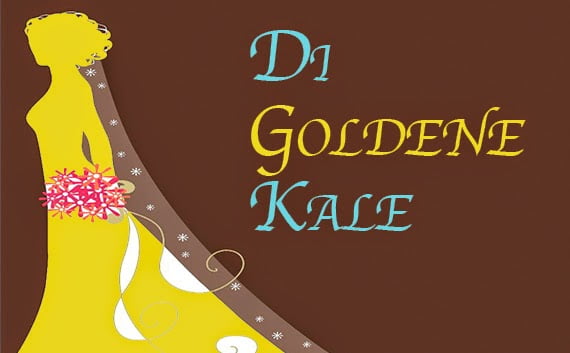 Michael Ochs, former head of the Loeb Music Library at Harvard University, was able to restore this almost forgotten piece of literature. He approached Mlotek and asked if he was interested in the show.

After Mlotek expressed interest, they performed a piano reading in NYC, which the audience loved.

“We are thrilled to do a show with a professional orchestra,” said Mlotek.

Ablesohn said that Ochs was able to create a successful piano score and convert this show into transliterated Yiddish and translated English.

Mlotek also said that the score consists of jazz and early ragtime influences.  This was the popular style of music that a Yiddish or Jewish immigrant would have heard at that time.

Mlotek believes this show will resonate with the grandchildren of Jewish immigrants because they can appreciate the struggle their ancestors went through.

“It’s a story about coming to America and making it,” Mlotek said. He explained that after the immigrants worked long hours in sweatshops, the number one go to activity for them was Yiddish theater.

He also believes it will be an insight for the audience to see the strongest medium for entertainment at that time.

The Museum of Jewish Heritage has become the home of the National Yiddish Theatre Folksbiene.

Mlotek stated that real estate developer Bruce Ratner approached him and asked if the NYTF wanted a new home.

He said it ended up being a perfect fit because both the NYTF and the Museum are interested in Jewish heritage. He also said it gives them an opportunity to bring works from the past to life.

According to Mlotek, the NYTF was created in 1959 as an alternative for Jewish immigrants to see shows that dealt with Yiddish social issues. Mlotek has been able to expand and reinvent the theater into a performing arts center.

Mlotek says the theater has been able to make the various productions accessible to non-Jews.

They’ve gone from one show a year to various events going on throughout the year including concerts, children’s performances, and workshops. He has also introduced supertitles, or “subtitles for theatre,” to the performances.

“We’ve been able to bring an audience interested in Jewish and Yiddish culture who may not all be Jews or Yiddish,” said Mlotek.

In addition to the main performance, Ochs will present a pre-performance lecture about the operetta’s score from 6:00 to 6:30 p.m.

For more information about the show, call the Mason Gross Performing Arts Center ticket office at 848-932-7511.