NEW BRUNSWICK, NJ—“I like knowing where my food comes from,” said Maria Ramirez, a participant in one of the many community gardens throughout the city facilitated by New Brunswick Community Food Alliance.

Ramirez was joined by leaders including for a discussion about the organization’s efforts to promote healthy food accessibility and equity in the Hub City at the NBCFA’s annual “Food Forum,” held January 10 at the Lord Stirling Community School.

As she explained her work in the community garden, Ramirez shared with the audience that having accessibility to growing healthy food is especially important to her because her daughter has lupus.

Ramirez said she hopes to one day open her own restaurant in New Brunswick, using the skills she’s learned working with the NBCFA and Unity Square.

The NBCFA was founded on a simple principle: to promote awareness and understanding about the food system in New Brunswick.

By 2012, the city government established the Food Alliance as an official organization.

Since then, the NBCFA has worked towards the ambitious goal of having all New Brunswick residents have access to healthy, culturally-appropriate foods that are not only widely available, but also affordable.

Since then, the burgeoning organization has expanded to include much more than just a discussion group.

“We want the Food Alliance to be the model for the state of New Jersey and the country,” Jones told the audience. 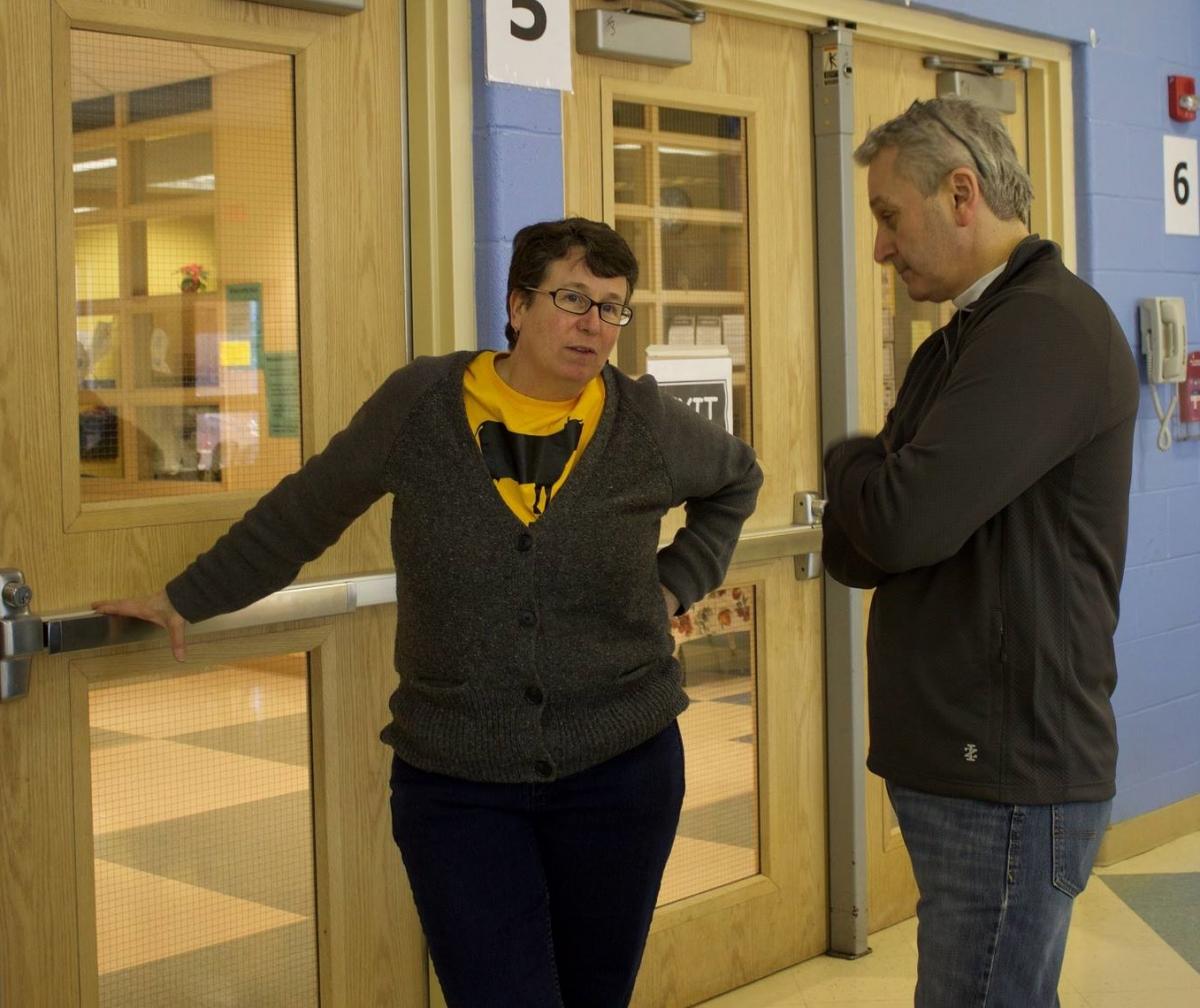 Finston is the former director of Elijah’s Promise and current director of Gould Farm in Monterey, Massachusetts.

As we reported, Finston left the city in 2013 after more than two decades at the helm of Elijah’s Promise, presiding over its growth from the city’s only soup kitchen into a full-fledged social services organization offering job training and other services.

Jones was eager to report on the implementation of the “Breakfast After the Bell” program, which provides free breakfasts to every student in each of New Brunswick’s ten elementary and middle schools.

Jones emphasized its impact on the city’s youth: children that might not have access to nutritious food at home are now able to eat a filling meal as soon as the bell rings.

Still, Jones sees opportunities for growth by bringing new partners into the alliance.

“I’d like to see more cooperation between the Food Alliance and non-food related organizations, like the Elks or Masonic lodges,” Jones told the crowd.

He explained that the NBCFA is trying to forge relationships with commercial kitchens in the area to afford New Brunswick residents an opportunity to run food-related businesses in the community.

The newly-birthed “Hub City Fresh” program was another point of pride for the NBCFA.

This comprehensive initiative plans to support New Brunswick’s numerous corner stores by transitioning from selling packaged and processed foods to offering healthier food options, like fresh produce and whole grain bread.  The NBCFA plans to support store owners from providing education about how to keep food fresh to actually marketing the new healthy offerings the public.

A recently completed survey of 36 stores within the Hub City will lay the groundwork for the process, leaders said.

Jennifer Shukaitis, co-chair of the NBCFA’s Healthy Food Access Work Group, told New Brunswick Today that, although “Hub City Fresh” is still in its early phases, she is hopeful about its impact on the community.

“I would love to see fair system where there is some reliable and consistent way for people to access the food that they should be eating.” Shukaitis said.

Shukaitis explained that having healthier food in more accessible parts of the city might increase the likelihood that locals will buy it and therefore improve their health.

“A lot of the corner store owners are very responsive,” she says. “Transportation is a huge obstacle to food access. If you can walk two blocks to a corner store or take a 45-minute bus ride to a supermarket, you will probably pick the corner store.” 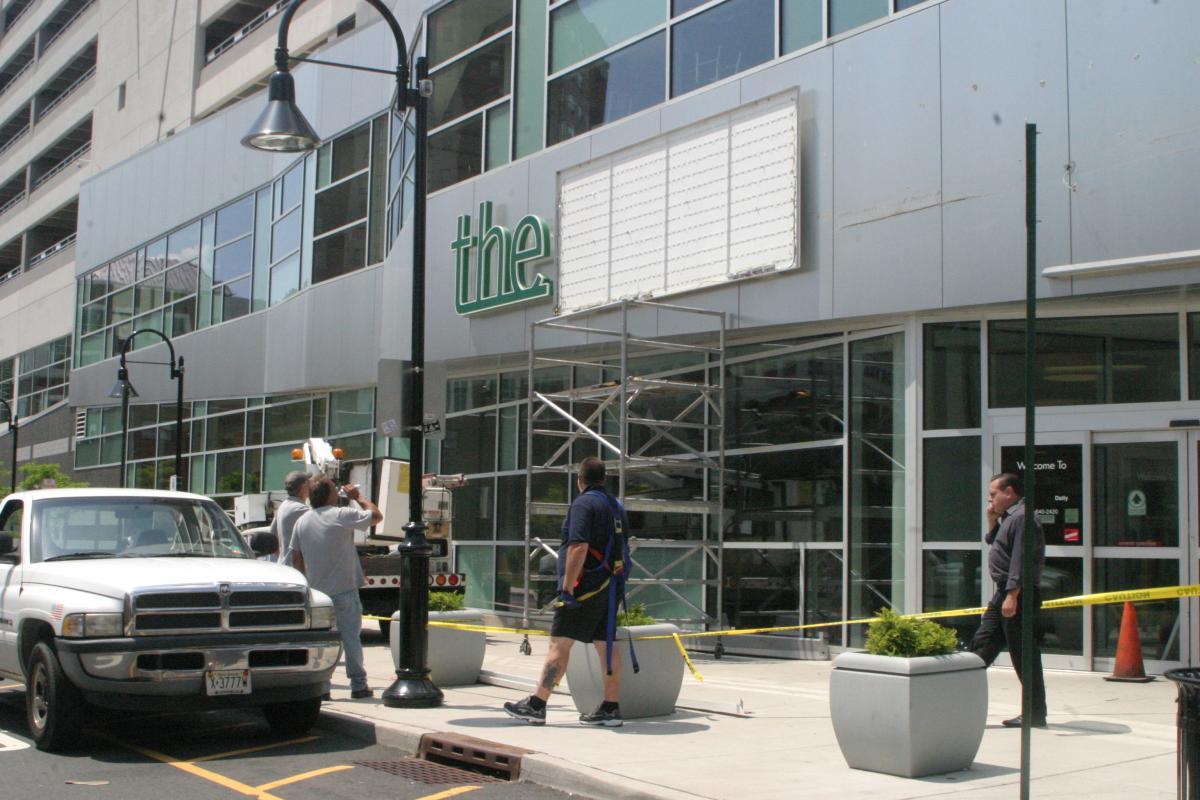 Not mentioned during the presentations and discussions was the closure of the downtown FreshGrocer supermarket, after just 18 months of operation and owing $1 million to their landlords, the New Brunswick Parking Authority.

After the 50,000 square-foot supermarket closed in May, leaving a gaping hole in the city’s food system, officials have struggled to find a replacement tenant, but say they are committed to replacing the grocer with another supermarket this year.

“While we did see the closure of the the FreshGrocer supermarket earlier this year, we remain committed to maintaining a full-service supermarket at this location,” said Cahill in his State of the State address on January 3.

“We are presently in discussion with several potential tenants and I am confident we will see a new supermarket in our downtown in 2015.”

At the Food Forum, Cahill spoke briefly about the city’s anti-wage-theft ordinance, reminding the audience that food service workers are often at greatest risk for exploitation.

Wage theft, the practice of withholding wages or not paying employees according to state and federal standards for minimum wage and overtime, is illegal in New Jersey.

Under the local ordinance, businesses found to be in violation of the state ban on wage theft will not be eligible for renewal of their business operating license until all wages are cured. As a handful of food service workers have already been successful in recovering wages, Cahill praised this ordinance as an important tool in enforcing the economic component of the city’s food system.

More information about how to get involved with the New Brunswick Community Food Alliance is available at their website: http://www.nbfoodalliance.org/