TRENTON, NJ—Amid growing expectation he will soon launch a 2016 bid for the White House, Governor Christie gave his annual “State of the State” address to the New Jersey Legislature on January 13.

The day started out with a slight to Statehouse reporters, as the Governor held an off-the-record meeting with national media only.  Local and state news organizations were not informed nor invited to the event.

Among the outlets reportedly there were CNN, the New York Times, the Associated Press, NBC, ABC News and the Wall Street Journal. Local reporters were not notified as to why there were not informed on them meeting, according to PolitickerNJ.

“I asked if I could go into the session, and I didn’t get any response back,” WNYC’s Matt Katz, who runs The Christie Tracker blog, told NJTV’s Michael Aron who was also denied access.

“It’s just another indication that the speech is not geared towards New Jersey,” Katz said.

Christie kept his speech largely focused on statewide, New Jersey political issues, defying the predictions of many political pundits who expected the Governor to attempt to relate to a more national audience.

The Governor touted the recently-passed “bail reform,” public safety improvements in Camden, and several companies that have agreed to open factories and other facilities in New Jersey. 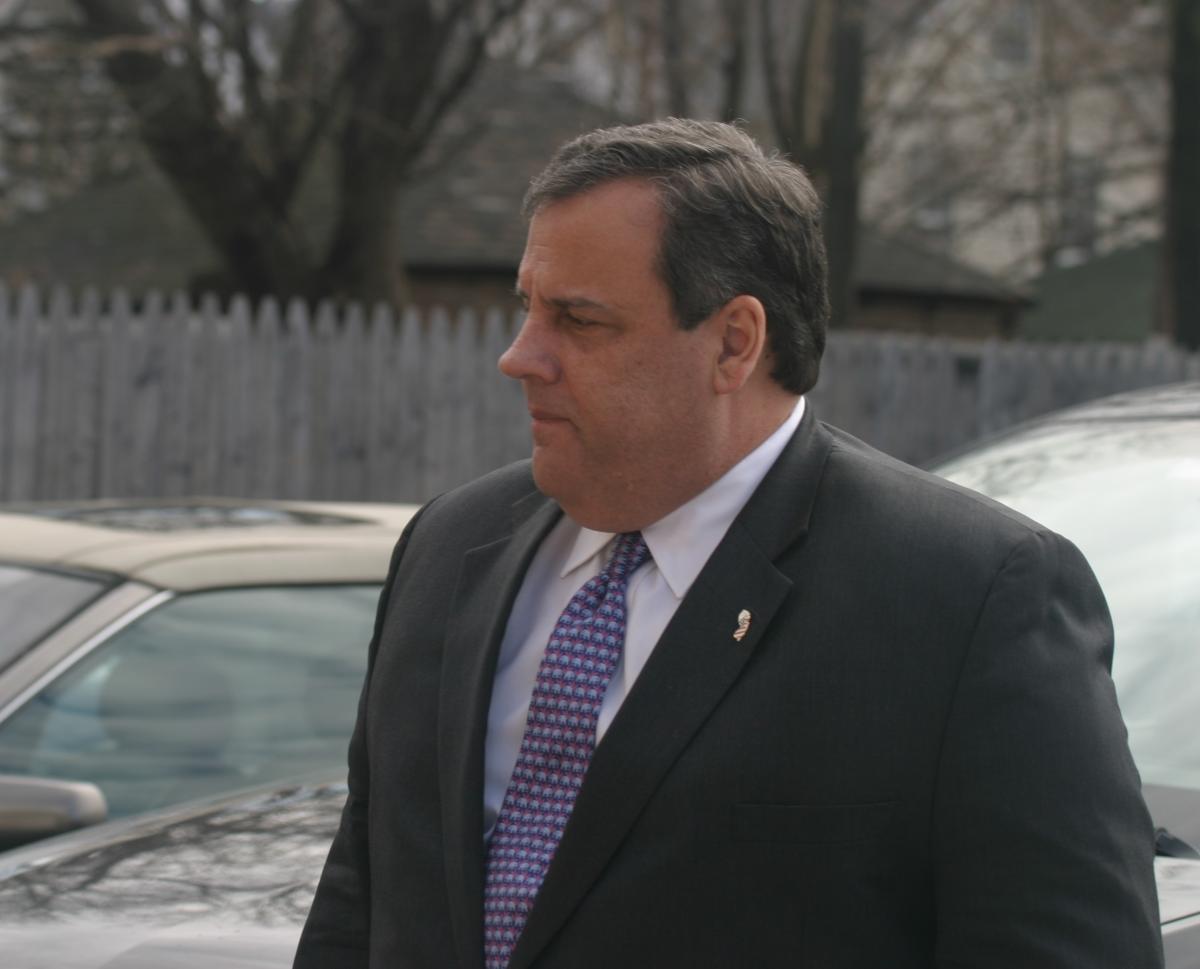 Christie mentioned New Brunswick indirectly when he cited Wenner Bread company as one of the larger businesses his administration helped bring to the state in his first five years as Governor.

In 2013, the Long-Island-based company agreed to relocate some of its production facilities to a location across from the Jersey Avenue train station in New Brunswick.

On the issue of drug addiction, the Governor utilized fairly conservative language while speaking in support for treating addiction as an illness rather than a crime, saying “Every life is an individual gift from God and no life is disposable at any stage of life.”

“As long as I am governor of New Jersey, treatment will be mandatory in our system and I will not yield,” Christie said.

He added that six NJ cities would become home to “a single physical location.. run by a non-profit organization in coordination with our administration, local officials, and community partners,” that would connect “comprehensive services to ex-offenders battling addiction as they leave incarceration or drug court and reenter society.”

Still, Christie could not help but hint that he may soon be seeking the nation’s highest office.

“By the way, I’ll be standing here in one year,” the Governor assured.

“I renew my commitment to New Jersey today to make the lives of our citizens more prosperous, more healthy, better educated and truly optimistic.”

Christie’s address comes as his popularity among New Jerseyans continues to lag.

A recent poll by the Farleigh Dickinson University found the Governor to have a 36% approval rating, with others polls by the Eagleton Institute of Politics at Rutgers showing similar set of grim numbers. 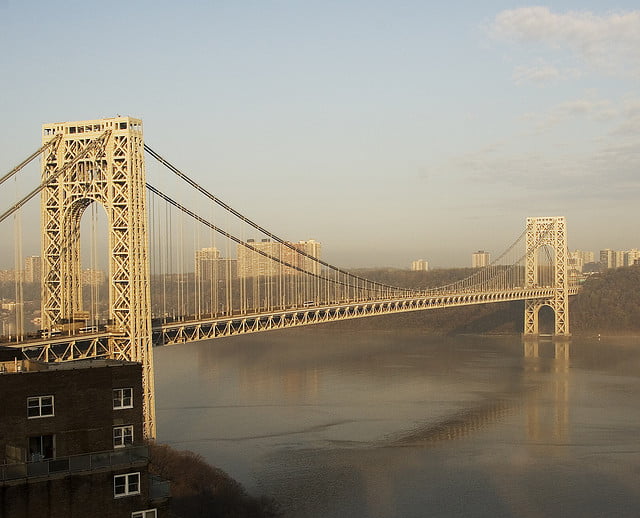 The Governor is still haunted by the ghosts of the “Bridgegate” scandal, which continued to make headlines early in 2015.

On January 8, a federal grand jury investigating the politically-motivated closure of access lanes to the George Washington Bridge subpoenaed the NJ Legislature’s Select Committee on all documents and records relating to the testimony of former Port Authority Executive Director Bill Baroni.

Informally known as the Bridgegate Committee, the bipartisan panel convened in mid-December to release their interim report on the lane closures.  Republicans on the committee also released a report of their own.

The Bridgegate scandal, coupled with Christie’s resistance to reforms at the Port Authority of New York and New Jersey, the agency responsible for the lane closure scandal, have left a particularly sour taste as 2015 gets underway.

Still, much of the Governor’s speech focused on national issues, and he mentioned his own frequent out-of-state travel.

“America’s leadership in the world is called into question because of a pattern of indecision and inconsistency,” the Governor stated.  “During this time of uncertainty it seems our leaders in Washington would rather stoke division for their own political gain.”

To many, the Governors eye on the White House were no secret nor surprise, and Christie was not one to shy away from actions that had indicated his interest in the White House.

During 2014, Christie spent 100 days outside of New Jersey, touring 36 states, along with Mexico and Canada. His “victory lap,” as it was called by Politico, has taken Christie to many different states in his capacity as Chair of the Republican Governors Association (RGA).

More importantly, it allowed for the Governor to network with potential supporters and campaign donors, and ultimately raise his own profile outside New Jersey. The Governor raised over $100 million for the RGA and a majority of the candidates they supported won in November’s election.

On January 14, Christie plans to travel to South Carolina and partake in a meet-and-greet with prominent Republican leaders and supporters, following the inauguration of Governor Nikki Haley.

Christie also plans to introduce Maryland’s Governor-elect Larry Hogan at an inaugural ceremony later this month, and to speak at the Iowa Freedom Sumit with a number of Republican presidential hopefuls.

As a result of his aggressive networking, Chris Christie reportedly secured the services of Dallas-based developer, investor, and political fundraiser Ray Washburne.

Having served previously as the finance chair for the Republican National Committee, Washburne is one of several wealthy and influential people known as “bundlers,” who can help raise tens of millions of dollars for the Presidential campaign he chooses to support.

Washburne, like Christie, played a similar role in the campaigns of US President George W. Bush.

Washburne was involved in the development of numerous Dallas shopping malls, and co-founded the M Crod Restaurant Group.  He was also involved in Mitt Romney’s 2012 presidential campaign as a major fundraiser.

But the White House, and even the Republican nomination to seek it, may not be as much of a slam dunk as some had previously speculated.

In December, former Florida Governor Jeb Bush announced that he would form a political action committee (PAC) to “explore a presidential bid.”

A month earlier, Texas Senator Ted Cruz had done the same, and he is not the only Republican from Texas interested in the nation’s top job.

Texas Governor Rick Perry, and two-time presidential candidate Mitt Romney have also announced they have their eyes on the White House.

While many Republican legislators were supportive of Christie’s speech afterwards, the same could not be said of their Democratic counterparts. 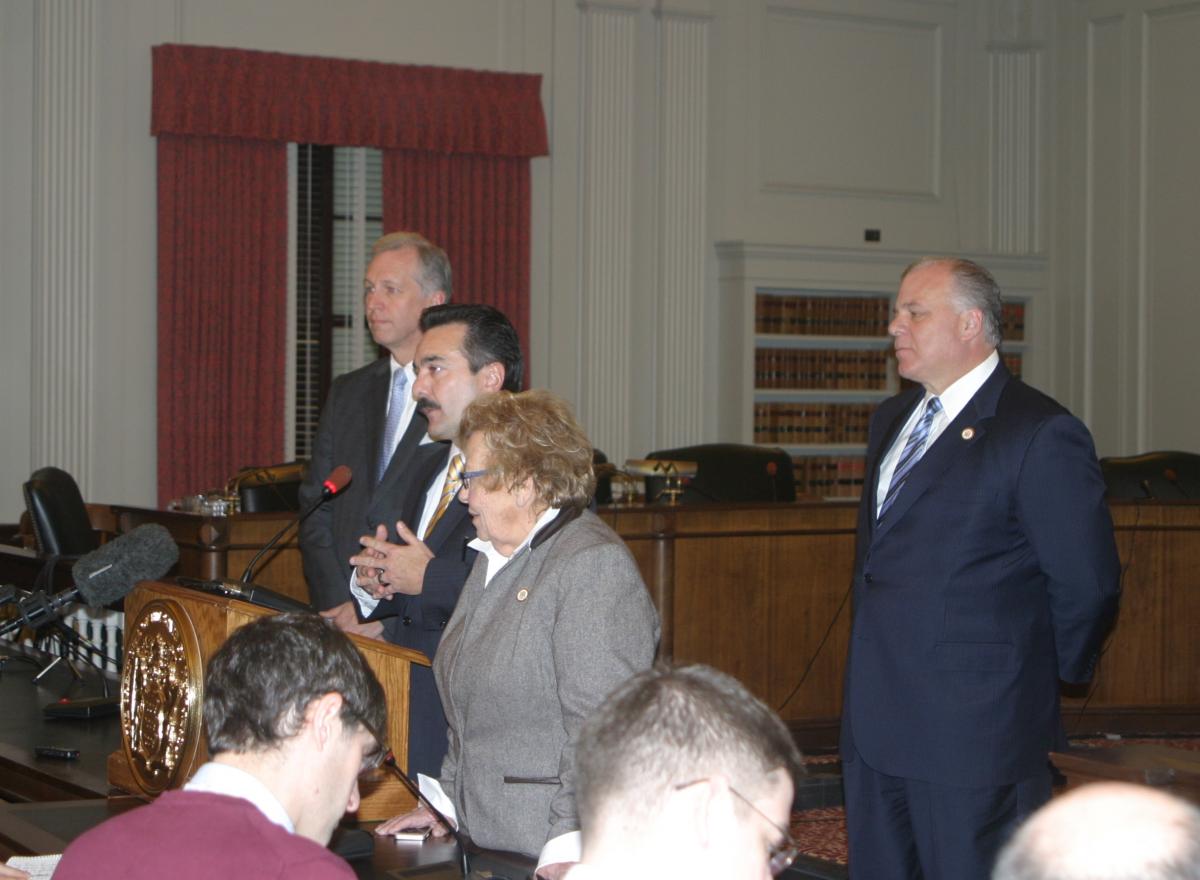 A press conference hosted by Democrats in the legislature saw Senate President Steve Sweeney, Assembly President Vincent Prieto, and Senator Loretta Weinberg took a collective stance that New Jersey is facing a slew of serious issues, many of which were not covered during the address.

“There’s a lot of things we expected to hear, and we all ended up sitting around and saying, ‘he didn’t talk about anything,” Senator Sweeney told the crowd.

The Governor did not include any comments on his much-touted, but thus far unsuccessful efforts, to revitalize Atlantic City, and only discussed Rutgers University in the context of their expansion in Camden.

Most notably, the Governor did not mention the state’s efforts to recover from the devastation caused by Hurricane Sandy in 2012.  Those recovery efforts have dragged on for more than two years, becoming a source of criticism for Christie.