By: Laura Reilly
In: Archive

NEW BRUNSWICK – John J. Heldrich, a Johnson & Johnson executive who spearheaded the revitalization of New Brunswick, died October 28 in his home at the age of 88.

Heldrich was born in 1929 in New Brunswick and raised in Highland Park.  He graduated from Rutgers University-College in 1950 and went on to work at Johnson & Johnson for 41 years.

Heldrich served as a member of the Executive Committee, Board of Directors and Vice President of the administration. Heldrich is remembered as one of New Jersey’s best business and civic leaders.

The son of German immigrants and a World War II veteran, Heldrich dedicated much of his life to bettering New Brunswick.

In 1975, he founded New Brunswick Tomorrow, a nonprofit organization dedicated to improving the quality of life for its residents.

He served as the organization’s chairman for 20 years, and also founded its sister organization, The New Brunswick Development Corporation (DEVCO), as well as the State and Employment Training Commission.

In 1997, he also helped establish the Heldrich Center, part of Rutgers’ Edward J. Bloustein School for Planning and Public Policy.

Heldrich also supported New Brunswick's transition into a cultural hub through his supports of the arts.  He was a founding member of the boards of the State Theatre, Crossroads Theatre and George Street Playhouse.

In 2007, the city and DEVCO honored Heldrich by naming a brand-new downtown hotel, the Heldrich Hotel, out of appreciation for his public service to the city.

Heldrich’s wife Regina, a graduate from Rutgers’ Douglass College in 1942, died this past February. He had three children and 11 grandchildren.

According to NJ.com, Heldrich's funeral will be held at 10:30 am on November 3 at St. Paul the Apostle R.C. Church in Highland Park.

The Heldrich family requested that donations be made in lieu of gifts to the John J. Heldrich Center for Workforce Development, Edward J. Bloustein School of Planning and Public Safety, or the Companion Animal Fund, according to the report. 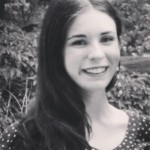