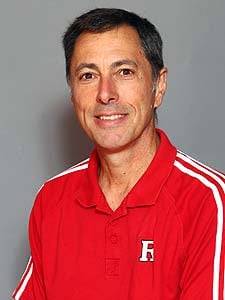 As Mine St. Hearings Approached, DEVCO Head Made Donation to Rutgers Team Coached by Board Attorney

NEW BRUNSWICK, NJ—Rutgers officials have not responded to questions about a donation made to the school's women's tennis team earlier this year, at the same time hearings were scheduled on the plans for a controversial 57-unit apartment building on Mine Street.

The head coach of the team receiving the donation is Ben Bucca, who also happens to be the attorney for the New Brunswick Planning Board, and has been forced to step aside from further involvement in the Mine Street hearings following an ethics complaint filed against him by the author of this article.

The Mine Street project was made possible by Rutgers' 2013 sale of the property in question to New Brunswick Development Corporation (DEVCO) for $1.

"In light of some recent developments regarding the ethics complaint against Mr. Bucca, we decided to do our own digging," said Peter MacArthur, an attorney representing a group of residents opposed to the plan, before revealing that the DEVCO President had made "special donations" to the university tennis team coached by Bucca.

"The donation was made while the application before this board was pending. This creates the appearance of indirect pecuiniary interests as the Rutgers tennis program received a donation from an entity which has a close relationship with the applicant."

At least one donation was confirmed in a January 27 post on the women's tennis teams website: "The program thanks all who attended and supported the program, especially Chris Paladino of the New Brunswick Development Corporation, as well as Alan Syzdek and Leslie Levy who made special donations to the party."

It all came around the time that the developer was forced to delay an initial hearing, after it was found that designated redeveloper Construction Management Associates had incorrectly downplayed the number of parking spaces required for the building under the city's zoning ordinance.

The application went through hearings in March, May, August, and most recently October 18.  The May and August meetings had to be cancelled because of overflow crowds.

In the May meeting, Bucca raised the spectre of calling police to force people to leave after MacArthur challenged his decision to ask members of the public to leave so that the hearing could continue.

According to the Rutgers Athletics website, the January fundraising party was held in East Brunswick and attracted 75 people despite inclement weather.  It raised $15,000, according to the post, which went towards the team's Spring Break trip to New Orleans, Louisiana.

Paladino took issue with the allegation, saying he and his employer, DEVCO, frequently give to Rutgers University's athletics department, and directly to certain teams.

"I am not sure if it is a sign of desperation, the ultimate red herring, or I wish I knew the Latin phrase for, down right silly," said Paladino, an attorney who earned $456,619 in compensation in 2012 as the firm's president.

"We've supported Rutgers athletics at many different levels for 20 years, both individual teams and the overall program and we will continue to do so."

Paladino was forced to resign from the Board of Directors at the University of Medicine and Dentistry of NJ (UMDNJ) in 2005 due to a conflict of interest.  His firm was building a dormitory for students of the medical school, which has since merged with Rutgers.

Rutgers did not immediately respond to questions about whether Bucca violated the Rutgers Code of Ethics by working for Rutgers while still representing the Planning Board in hearings where Rutgers University was directly or indirectly involved in pending applications.

"17 Mine Street is not university property," said Rutgers spokesperson EJ Miranda.  "That proposed project is before the New Brunswick Planning Board."

On Friday, the New Brunswick Ethics Board found the complaint against Bucca was within their jurisdiction and "not frivolous."  A hearing has been tentatively scheduled for October 28.