But after paying city police and New Brunswick Parking Authority (NBPA) employees to enforce the new rules, the city netted just over $1,050.

The controversial plans were in the works for several months, but the first time the details were revealed came at the September 3 City Council meeting, just three days before the plans were put into effect. 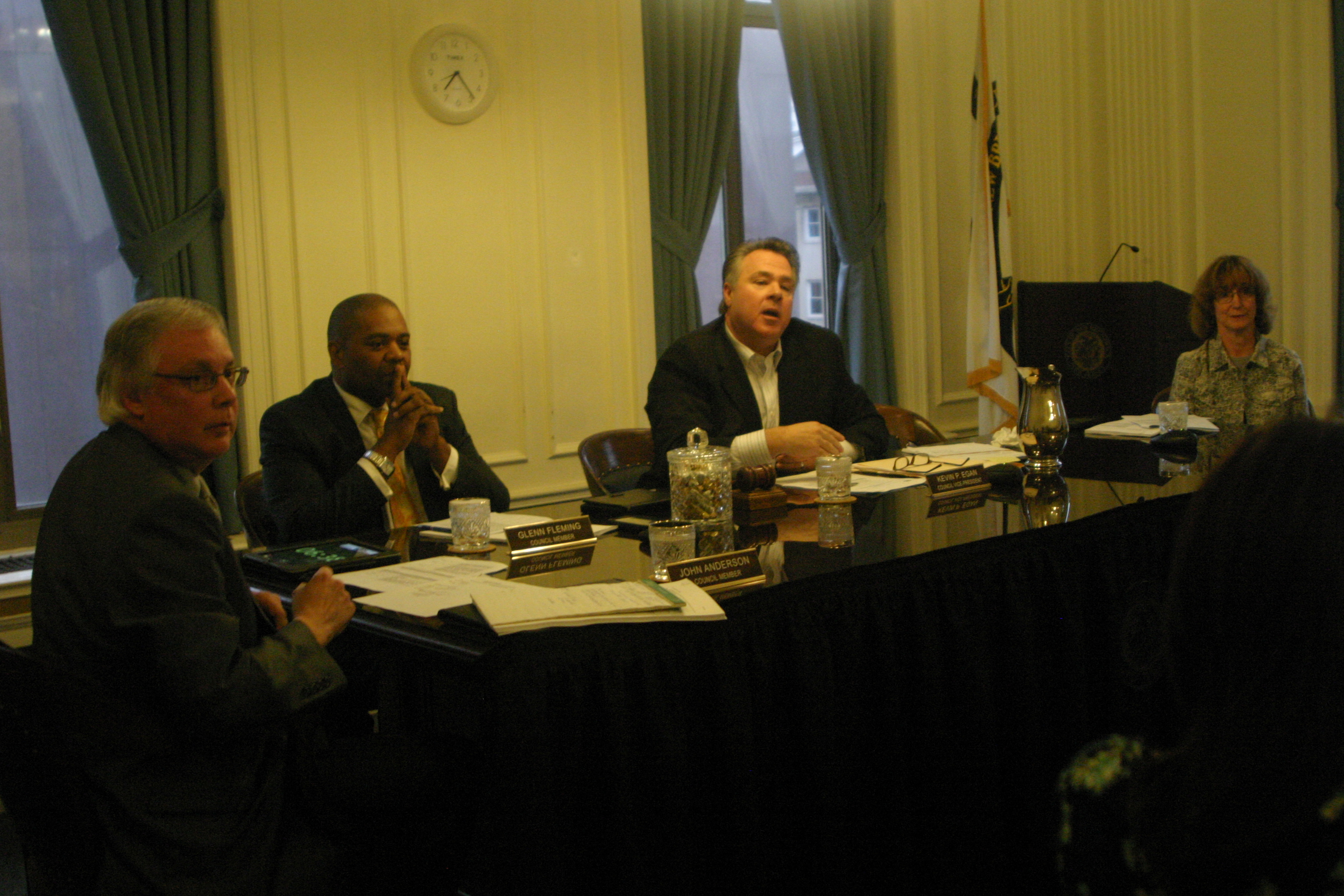 “The plan is to control the parking and the people in Buccleuch Park,” said City Council Vice President Kevin Egan, who lives in the Sixth Ward neighborhood that is located closest to the park.

The University recently joined the Big 10 athletic conference, prompting a slew of changes including a new $10 charge for parking on College Avenue on gamedays, which was previously free.

Contrary to what was originally assumed about the plan, paid parking will only be in effect on one additional gameday this fall, according to the resolution passed at the meeting.

Parking in the park will only be an option during day games, city officials say, because being in parks after dark is not allowed. The city made a special announcement to remind fans that parking in Buccleuch will not be an option for tomorrow’s 8pm game against Penn State.

City officials erroneously indicated that the remainder of the team’s home football schedule will consist of night games.

In fact,the kickoff time for two other home games (Sept. 27 vs. Tulane and Nov. 15 vs. Indiana) has not yet been decided.

On November 1, the NBPA and city police will once again be in charge of an all-day effort to charge up to 480 motorists to park in the city’s largest park, while Rutgers plays a home football game at their stadium just across the Raritan River.

The rate for parking in Buccleuch during day games is $20, but football fans can also reserve their space in advance if they are willing to pay an additional $3 processing fee to the ParkMe.com website.

“I believe they took money for one spot through a portal in their system,” Louhglin said.  “In error, they accepted money on one parking permit. I believe they’re in the process, if they haven’t done so already, of returning the money.”

“They certainly should have waited until the Council had taken action on it.” 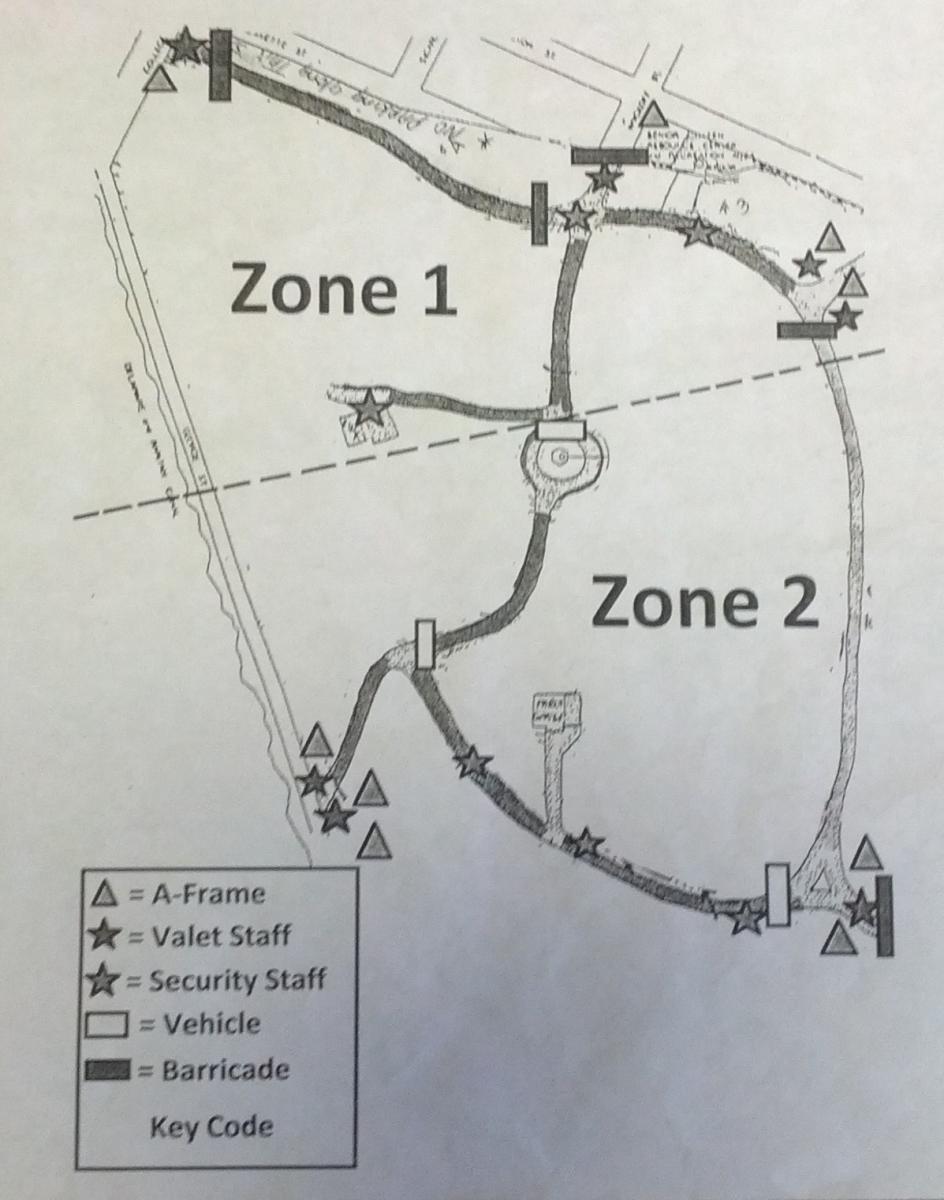 The law is will likely be scheduled for a “first reading” at the upcoming September 17 meeting, and would also require a public hearing on October 1 before a final vote can be held on it.

Still, even the resolution that passed 3-0 at the September 3 meeting proved controversial, garnering many questions and some criticism from members of the public.

Previously, parking in the 78-acre park was free to anyone.  But officials said that they have set aside a portion of the park’s inner roadway near Easton Avenue to serve as free parking to accomodate park users.

“I think that our plan at least preserves public space. Should we sit back and do nothing, I think there’s no guarantee to whether the public can get into the park,” said Loughlin.

“We’re recommending to charge to try to regulate the environment,” said Loughlin. “Why not control the situation instead of just letting everyone who figures out that Buccleuch Park is free, and we clean up the aftermath the following morning?”

Assuaging fears that the funds raised would be used to help the Parking Authority pay down their $249 million in debt, Loughlin announced thats, as a requirement of the state’s Green Acres program, the funds  would be kept in a seperate account and only used for park maintenance. Several city residents spoke against the plan and asked tough questions of the City Council about the logistics and legality of the plans.

One concern was that the sales of parking permits would create an “intrusion” into the park that could violate the deed under which it was first given to the city in 1911.

City resident Bruce Newling pointed out that several of the paid parking customers parked their vehicles partially, or entirely, on parkland instead of on the park’s narrow roadways.

The proposal had largely been kept a secret until the night of the hearing, but that night officials revealed that there was a committee quietly formed months ago to pursue the goal of managing parking in Buccleuch Park during Rutgers football games.

“Maybe we’ll find out twelve months from now, this was a mistake. Maybe we’ll come to the conclusion it was a wonderful idea,” said Loughlin.