She was officially crowned at Ocean City Music Pier after a week-long competition.

The 21-year old is a resident of Galloway, NJ and a rising senior at the Rutgers School of Arts and Sciences, majoring in social work and minoring in both Women’s and Gender Studies as well as Comparative and Critical Race and Ethnicity.

Her dancing skills began as physical therapy for a disability she had at birth, developmental dysplasia of the hip.

Since she was crowned Miss New Jersey, Kaler-Jones told New Brunswick Today that she received numerous calls from mothers whose children have the same disability.

She feels that her story shows them it’s possible to overcome the surgeries and the pain, and even pursue an athletic talent.

Kaler-Jones was inspired by the Miss America pageant at a very young age.  Growing up in Atlantic City, she often met pageant winners who visited her school, reading books to the children and sharing their stories.

“They were such role models for me then, and I didn’t know them and they didn’t know me,” she said. “But I knew that when I grew up I wanted to be one of those girls.”

Miss New Jersey is a state-wide competition that promotes educational scholarship and assistance to young women between the ages of 17 and 24. 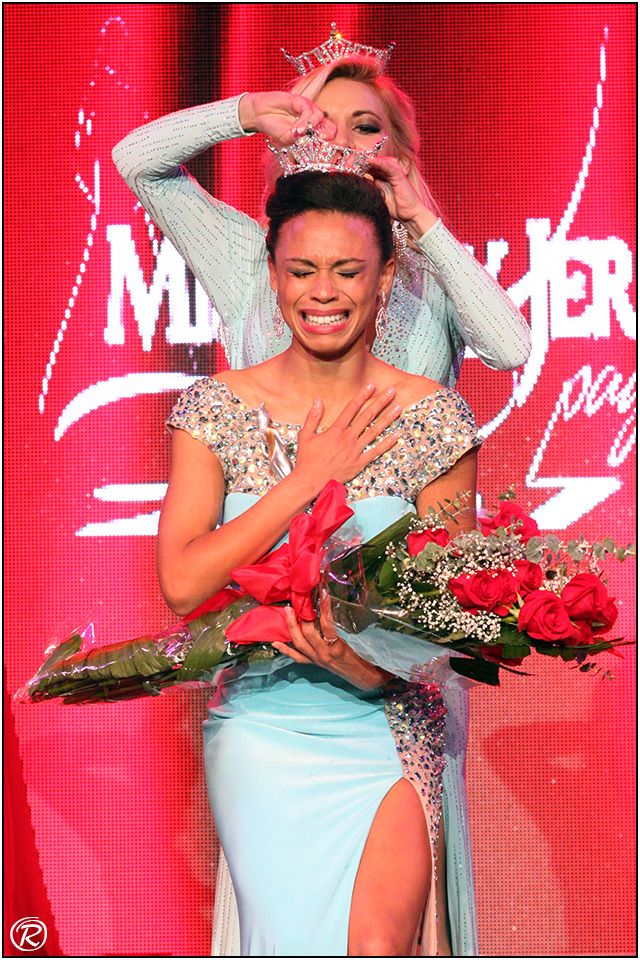 Kaler-Jones started doing pageants when she was 17 and a senior in high school.  At her first competition, she took the title of Miss Coastal Shore 2011 and went on to win a talent award at the state level.

This was her fourth year vying for Miss New Jersey. Last year, when she was third runner-up, she told her parents that it would be her last pageant.

However, thanks to parental encouragement, Kaler-Jones decided to try one more time and made the most of her effort.

She practiced mock interviews year-round, leading up to a single ten-minute period of the real interview.

Others were awarded for dedicated community service, and two scholarships were given out, one of which went to Kaler-Jones.

Kaler-Jones said she feels that competing in pageants has helped her with her education.

“I’m a first-generation college student, so preparing for job interviews and internship interviews would be difficult without the experiences I had in the Miss America Pageant Program,” she said.

Kaler-Jones is currently preparing for her next step as a Miss America contestant, which fills up her busy schedule.

Two days after she was crowned, she was asked to decide on what her Miss America gown will look like.  Each contestant wears a custom-designed gown.

If she wins the Miss America title, Kaler-Jones will have even more responsibilities than she does now, since Miss America winners typically travel extensively.

“I just want to be a role model, especially for minority girls, and show them that they don’t need money and don’t need to look a certain way to win,” she said.

While she practices, Kaler-Jones has the mindset of being the best Miss New Jersey that she can be, showing the judges that she is capable of the job and fulfilling her role.