Entitled “445 Portraits of a Man,” the photographic collection features 445 portraits of one anonymous subject over the course of several decades.

According to Rutgers Today reporter Patti Verbanas, the Striking Resemblance exhibit’s “445 Portraits of a Man” collection was “taken over the three decades from the Great Depression through the Swinging ’60s, when [photobooths] were most popular.” 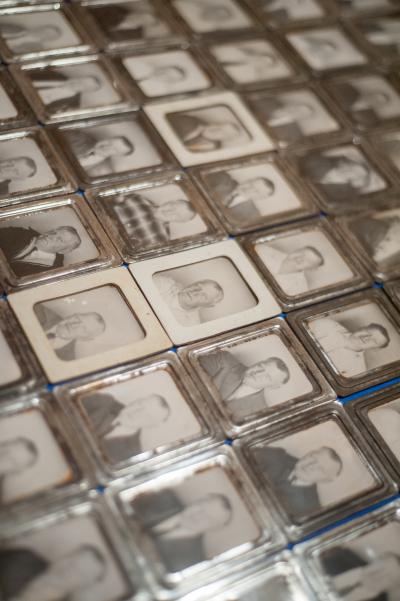 The 445 portraits were found by photography historian Donald Lokuta, who came across several photographs from the collection in 2012, at a New York City antique show.

Lokuta later bought the collection from its owner in its entirety, and showed the collection to the Zimmerli for unveiling within the Striking Resemblance exhibit.

Since the Rutgers news publication “Rutgers Today” originally published an overview of the collection, writers at NJ.com, The Atlantic, and The Huffington Post have covered the anonymous portraits within the Striking Resemblance exhibit.

Likewise, the portrait collection’s coverage follows only a month after the Museum, in collaboration with the Rutgers Department of Art History, convened a two-day weekend symposium event for the “Striking Resemblance” exhibition.

Hosted on Friday, March 7th, and Saturday, March 8th, the Zimmerli Art Museum and the Department of Art History invited a total of eight artists and academics to the Museum in order to discuss the dynamic nature of portraiture across cultures and societies.

The symposium event opened at 6pm on March 7th, with an introductory statement by Rutgers University’s President, Dr. Robert Barchi, at the Voorhees Hall lecture hall.

Speaking to a highly packed lecture hall, President Barchi applauded the interdisciplinary applications of art, science, and medicine within history, and commented on how the three schools of study often communicate with each other in understanding art.

Dr. Kandel’s presentation, entitled “The Age of Insight: The Quest to Understand the Unconscious in Art, Mind, and Brain from Vienna to the Present,” discussed the relationship between medical and psychological research within Vienna, alongside the city’s late 19th and early 20th century artistic developments.

Dr. Kandel’s Friday night discussion kicked off the Saturday symposium event, which began with a 9am check-in, and concluded with an afternoon reception at 3:30pm

The symposium event hosted a variety of speakers, whom discussed the role and creation of portraiture across the artistic and academic community.

While Cole and Wilson examined the artistic motivations and approaches to their artwork, Professor Fleetwood and Professor Armstrong examined academic and non-fiction explanations for the use of portraiture within penal portraits and facial phenomenology, respectively. 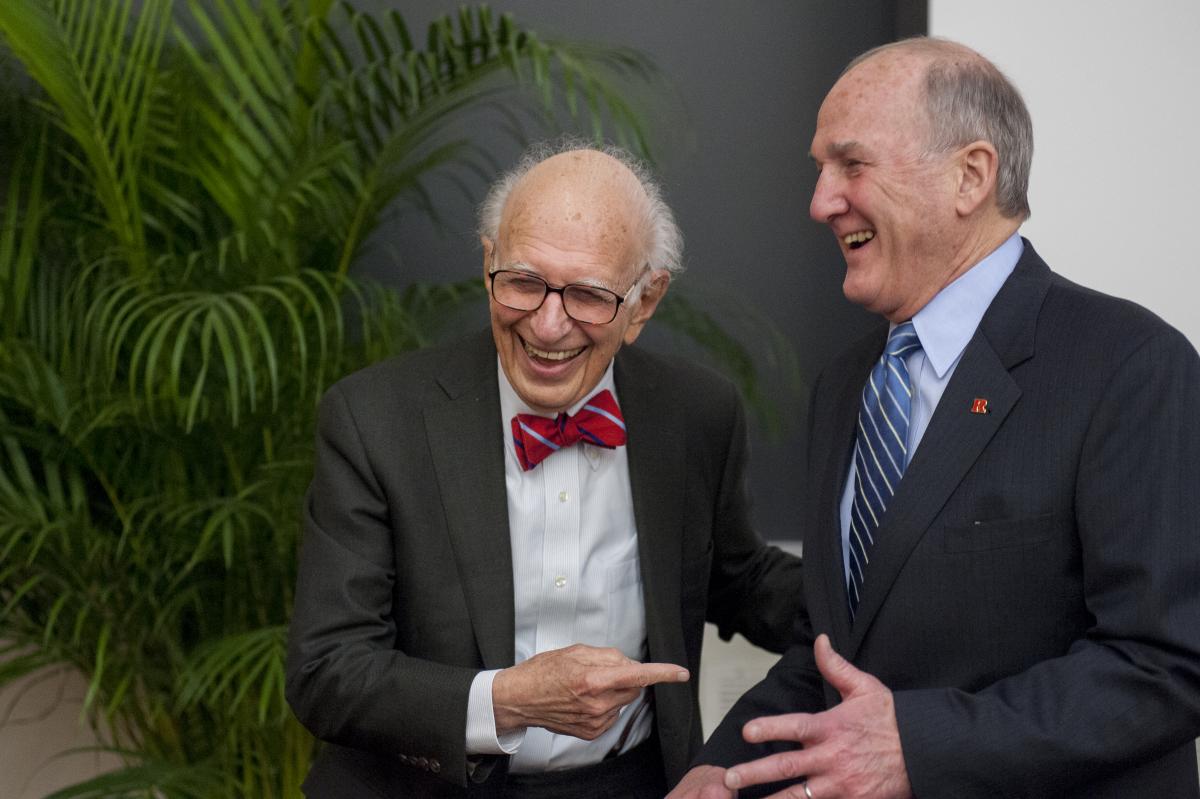 Throughout the afternoon, each speaker explained their own approach to understanding portraiture, from portraits within East Asian artwork, to the role of portraiture within contemporary visual performances.

By exploring various social and cultural expressions of portraits, the Zimmerli Symposium opened an artistic discourse which both explained, and critiqued, the values of artistic portraiture.

The Striking Resemblance exhibition, co-organized by Andrew W. Mellon Liaison and Museum Curator Donna Gustafson along with Professor Susan Sidlauskas of the Rutgers Department of Art History, is on view within the Museum’s Voorhees Gallery section, and runs through July 13th.

The museum’s collection includes 60,000 works of art, mostly from European, American, and Russian artists. The museum offers free admission for Rutgers University students, faculty, and staff, as well as a membership program for interested visitors.