UPDATE (5/8): The Mayor’s Office has provided a statement confirming that the store will cease operations on May 24.

NEW BRUNSWICK, NJ—New Brunswick’s new downtown supermarket, theFreshGrocer, will be closing for good just 18 months after opening to the public.

“I can confirm that the store is closing,” said Santina Stankevich, a spokesperson for Wakefern, the distributor for the store and owner of the FreshGrocer trademark.

Stankevich said she was not sure when the store would be closing.

According to employees, a union representative with UFCW Local 1262 told them that the store would be closing in less than 30 days.

City officials did not seem to be aware of the impending closure.

Mitch Karon, the Executive Director of the New Brunswick Parking Authority, the landlord for the supermarket told New Brunswick Today: “I cannot confirm that. Where did you hear that?”

As we reported in February, the 15-month-old FreshGrocer store in downtown owes the NBPA more than $775,000 in back rent and other charges.

On April 23, NBPA Chairman Kevin McTernan said, “We have continued to negotiate with the FreshGrocer…. I think we are very close to making a final decision.”

“Each side has put forth different items during the negotiation.  Some items were satisfactory and worth looking at.    We’re having those vetted right now.  Others didn’t seem to have that same value.”

Chris Paladino, President of New Brunswick Development Corporation (DEVCO), the builder of the project said “DEVCO and NBPA are engaged in discussions with a number of supermarket operators who are potential replacements for Fresh Grocer.” 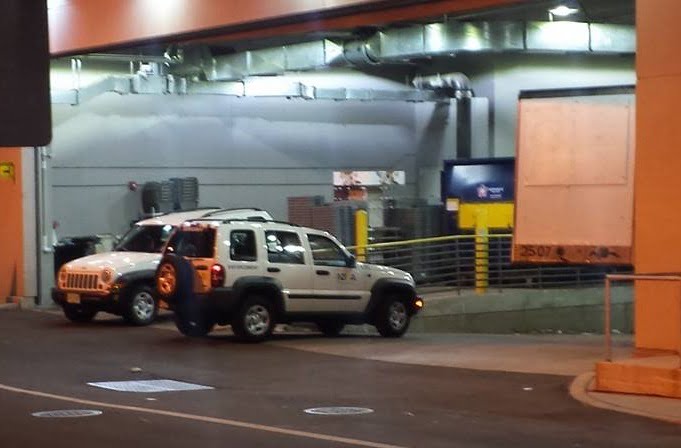 The Parking Authority has paid for on-duty security officers to stand guard at the loading dock of the grocer since we broke the story about the back rent on February 26.

This manuever was apparently to prevent the corporation from taking equipment and assets that were financed by DEVCO as part of the building’s construction.

Representatives of Drexeline, the company that runs the FreshGrocer chain, did not respond to requests for comment.

“The fingerprints of DEVCO are throughout all this city and nothing happens without their goodwill and expertise,” said Cahill at the supermarket’s grand opening ceremony.

The state’s Economic Development Authority (EDA) also provided millions in tax credits for the new building, part of a partnership with DEVCO, the city government, Middlesex County’s government, and the Parking Authority.

EDA spokesperson Erin Gold has not responded to any inquiries from New Brunswick Today since we started asking tough questions about another controversial development project in New Brunswick months ago.

“The opening of Fresh Grocer helps address two very important priorities of the [Gov. Chris] Christie administration: Jobs for city residents and access to fresh and healthy food for local families,” said Christie’s Lt. Gov. Kim Guadagno at a press conference held while the building was under construction.

But sources say that the company overestimated the quantity of food stamps that would be spent at the store, a miscalculation due to the differing demographics of New Brunswick and Philadelphia, where most of the company’s stores are located. 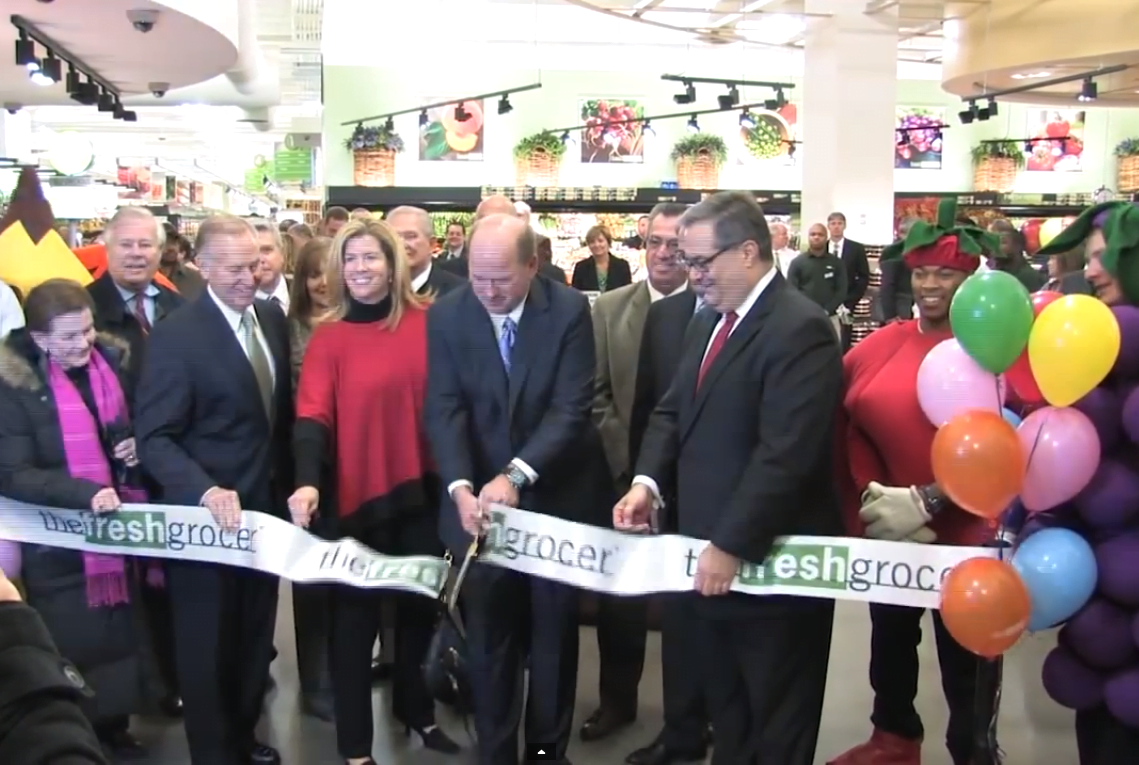 At the high-profile grand opening, DEVCO President Chris Paladino spoke highly of the company’s CEO and his speedy “feasibility study.”

“Most people take months, he did his [feasibility study] in three days,” remarked Paladino.

It is not clear what, if anything, will take the place of the 50,000 square foot grocery store located on prime real estate adjacent to the city’s train station.

Just days after an article in New Brunswick Today exposed the dire financial situation of New Brunswick’s newest supermarket, FreshGrocer CEO Pat Burns confronted the author of this article inside the store.

“I can’t talk to you because you don’t speak the truth, so I can’t talk to anyone, ” said Patrick Burns, CEO of the FreshGrocer.  Since then, he has not responded to emailed requests for comment.

When the store opened, Mayor James Cahill touted the store had created 300 jobs, but within a matter of weeks the store was only employing about half that number.

Cahill called it “another New Brunswick success story” and  said the jobs were possible thanks to “the ready commitment of the FreshGrocer to our community.”

“Simply put, the FreshGrocer gets it,” Cahill said.

Cahill and Burns also touted the health impact the store would have on the surrounding area.

But a recent study on one the FreshGrocer’s North Philadelphia stores showed its addition to the neighborhood had no discernable impact on public health.

In January, the store quietly announced it would no longer be open 24 hours a day.  In March, a second-floor cafe operated by the grocer closed for good.

There are six FreshGrocer stores in Pennsylvania and one in Wilmington, Delaware.  The New Brunswick store was the first in New Jersey, while plans for another in Camden have been nixed.

Editor’s Note: The author of this article is a former employee of theFreshGrocer, part of the team that opened the store in November 2012.