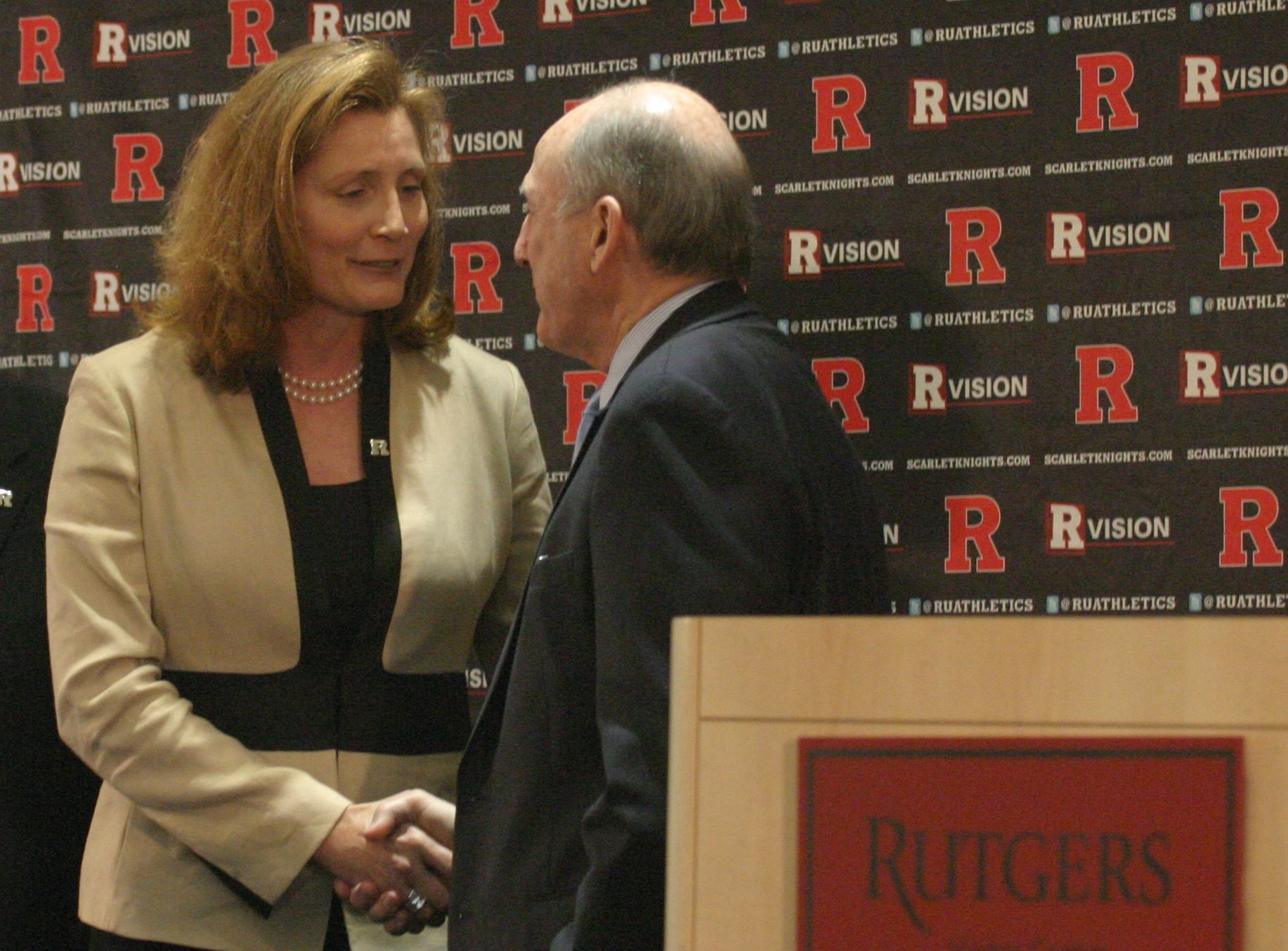 “This is a tragic incident at every angle. There is no positive about this situation. I certainly pray for the young man that got injured in the incident. I hope that ultimately everybody involved will be able to pick up the pieces and go forward in a positive way."

In 2013, the school's men’s basketball coach, Mike Rice, was fired from his position after a video surfaced of him abusing his players by yelling at them with homophobic and racial slurs, kicking them, as well as pelting basketballs at their heads and bodies, resulting in three students transferring out of Rutgers.

Pernetti's assistant, James Martelli, also resigned over the controversy that they agreed to suspension and fine for Mike Rice, which would have only penalized him for $50,000, accounting for less than 8% of the salary he was making.

The University paid $150,000 in the case.  When asked about it by NBC New York's Brian Thompson at her introductory press conference, Hermann denied there was a video.

Analysis of NCAA records done by major media outlets have shown that Rutgers University subsidizes the athletics department more than any other university in the nation, pumping $47 million into athletics this past academic year alone, a 67.9% increase from the school's 2012 budget of $27.9 million.

Meanwhile, courses were being cut and professors let go on the academic side due to financial constraints and decreasing state aid from Corzine's administration.