NEW BRUNSWICK, NJ—One year ago, Rutgers University began the long process of recovery after the devastation of Hurricane Sandy, which caused the evacuation of thousands of students from every dormitory in the city.

But some say the recovery won’t be complete until the school releases the findings of a report assembled by a university task force.  The administration of University President Robert Barchi is apparently attempting to keep the report under wraps.

Sandy forced the school to cancel classes for an entire week, and for unclear reasons, Rutgers chose to evacuate all of the university’s dormitories in New Brunswick.  The reasons for the evacuation given by Rutgers and the city government differred greatly.

Meanwhile, behind closed doors, the city’s Emergency Management Council met for the first time in months, despite the city’s claim that they held public meetings every month.  Rutgers is not represented on the secretive 15-member council, which does not take notes of their meetings. 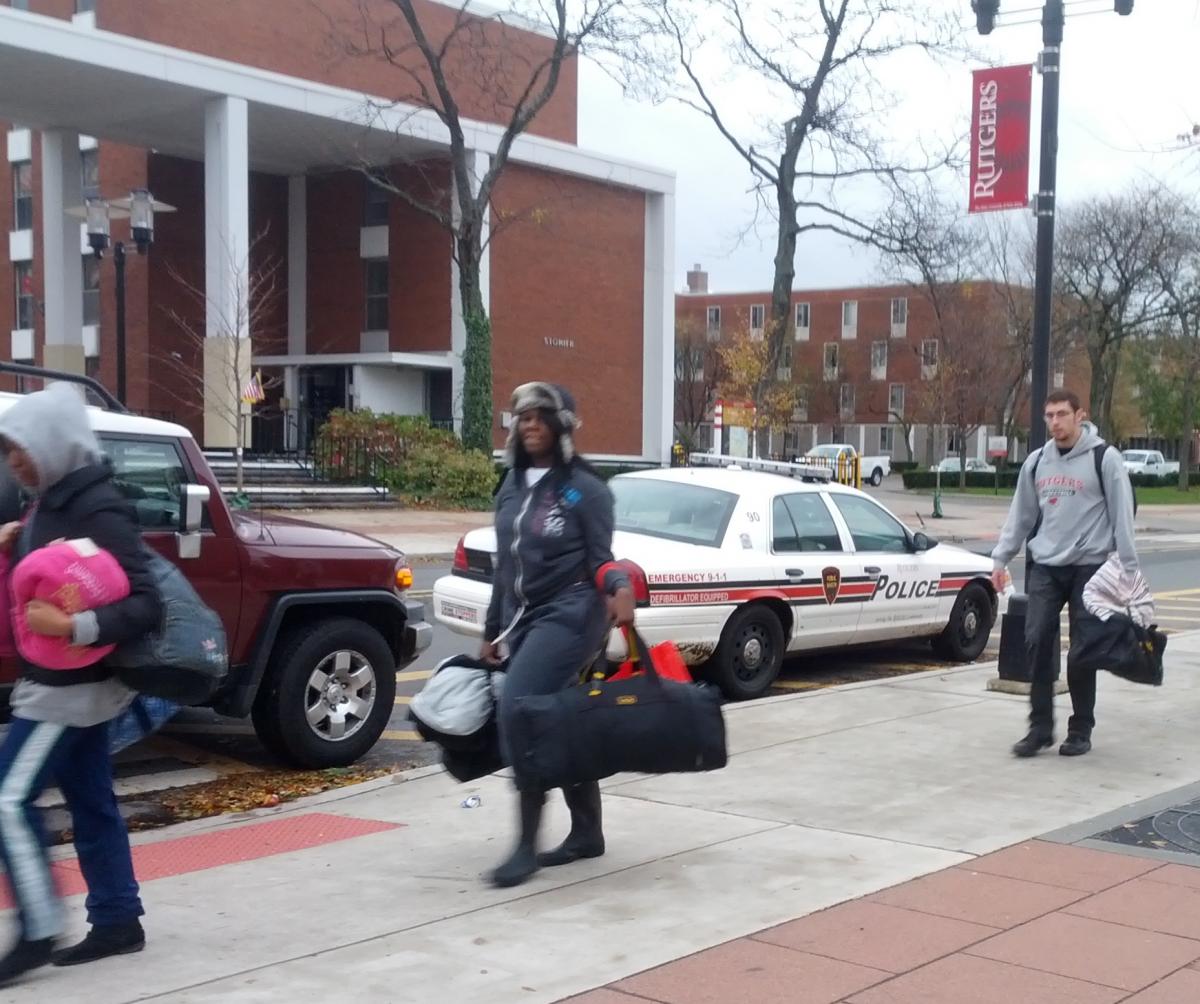 These and other issues may be explored in the 275-page report commissioned by Barchi, who was just two months into his tenure when the storm struck.

But the university has not made the document available to the public, despite several requests from this newspaper and a union representing Rutgers’ employees.

University spokesman Greg Trevor ignored several inquiries last week about why the report was being kept secret, advising the author of this article to utilize the Open Public Records Act to attempt to obtain a copy of the document.

New Brunswick Today filed a request for the report on Tuesday, asking for an expedited response.  According to the OPRA law, the university must respond to our request within seven business days, which means we can expect a response by next Thursday at the latest.

At his first State of the University address, Barchi mentioned the 275-page report, and displayed a slide of the cover page, according to a scathing letter to the editor published by the Daily Targum this week. 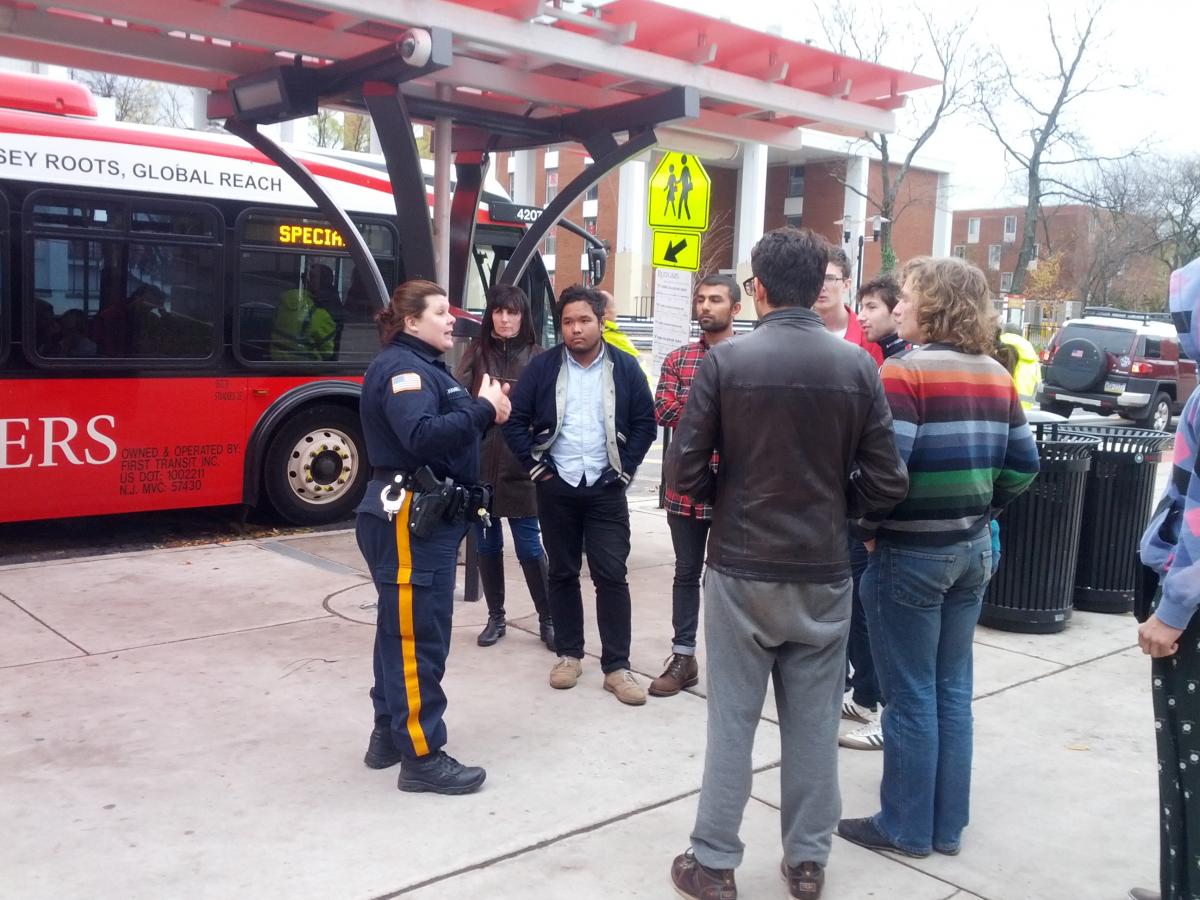 “The task force’s 275-page report details the coordinated efforts of the many University units and individuals, whose dedication and service helped limit the impact of this devastating storm,” Barchi said at the September 27 University Senate meeting.

“The report also offers specific and actionable recommendations for improvements to our response systems and procedures in preparation for future events,” he said.

Lucye Millerand, President of the Union of Rutgers Administrators-American Federation of Teachers, questioned the decision to keep the report under wraps, saying that Barchi’s failure to make the report public was detrimental to the school:

[Barchi] told us that the panel’s recommendations have been accepted and are being implemented. But…where is the report? What are the lessons we learned?”

The report is not to be found online. It has not been shared with staff or with union representatives who have requested to see it. Neither the data, nor the conclusions, nor the recommendations seem to be available to those of us who were, shall we say, the subjects of this inquiry. Does that make sense? Can we, as a community, effectively prepare for the next emergency without the knowledge of what went right and wrong. And what improvements can or have been made? Awareness, education and practice are known to be the factors that build effective community action in emergencies. 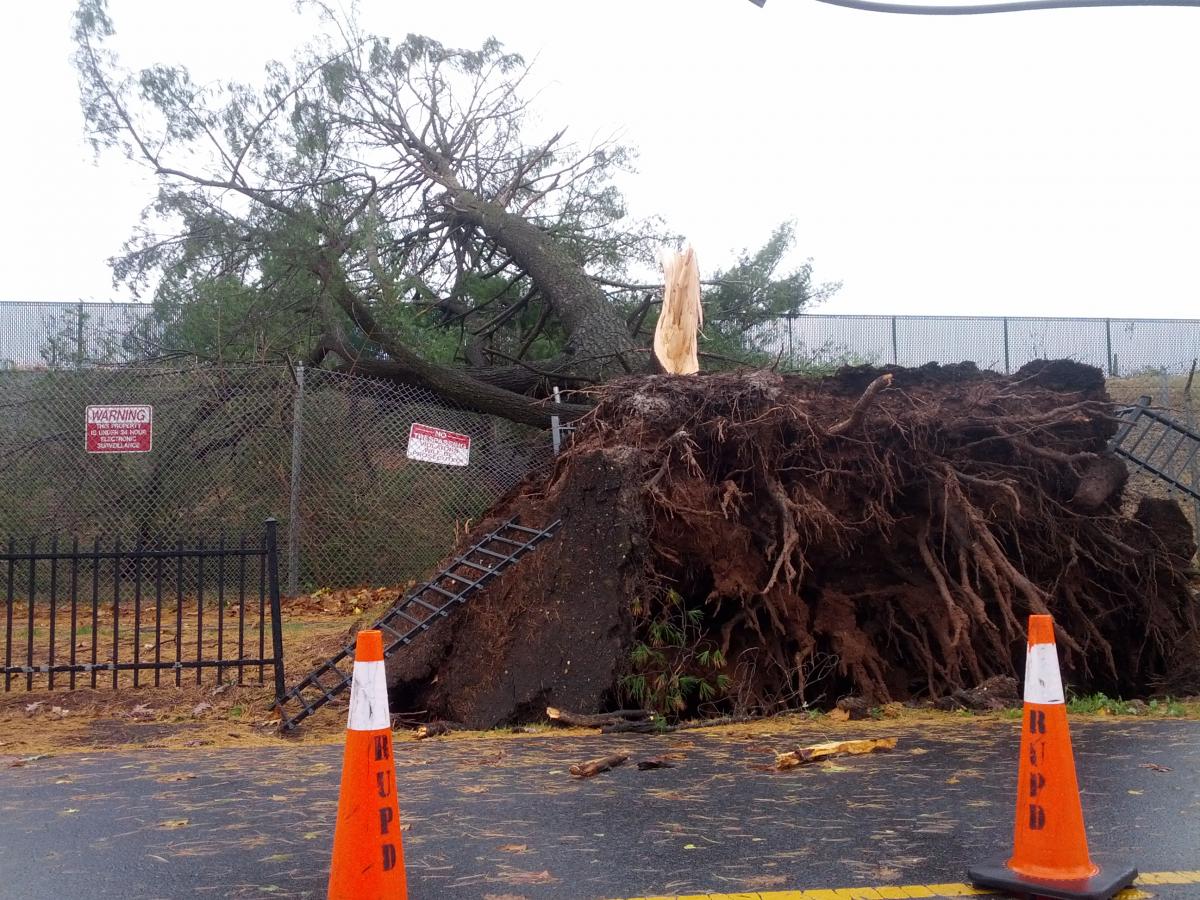 “In New Brunswick, storm damage caused the failure of the New Brunswick Water pumping system, which has resulted in a critical loss of water throughout the city,” said a Rutgers statement announcing the evacuation.

“The university has been advised by New Brunswick Authorities that the water system cannot sustain domestic and fire protection needs.”

“That was inaccurate. They only reason they evacuated were fire alarm systems… had nothing to do with our water supply,” said Russell Marchetta, a spokesman for Mayor Cahill.

“Public Safety and Residence Life authorities are requesting that any students on our New Brunswick and Piscataway campuses who can safely return to their homes do so at this time,” read an official statement from Rutgers.

“Any student who is unable to leave the campus will be relocated to Residence Halls within the Township of Piscataway where the water system has remained unaffected.”

Students were eventually transported by bus to student centers and athletic facilities on the university’s Piscataway campus, where drinking water did not need to be boiled for safety.  In many cases, there were not enough cots for students initially and hundreds waiting in long lines at dining facilities. 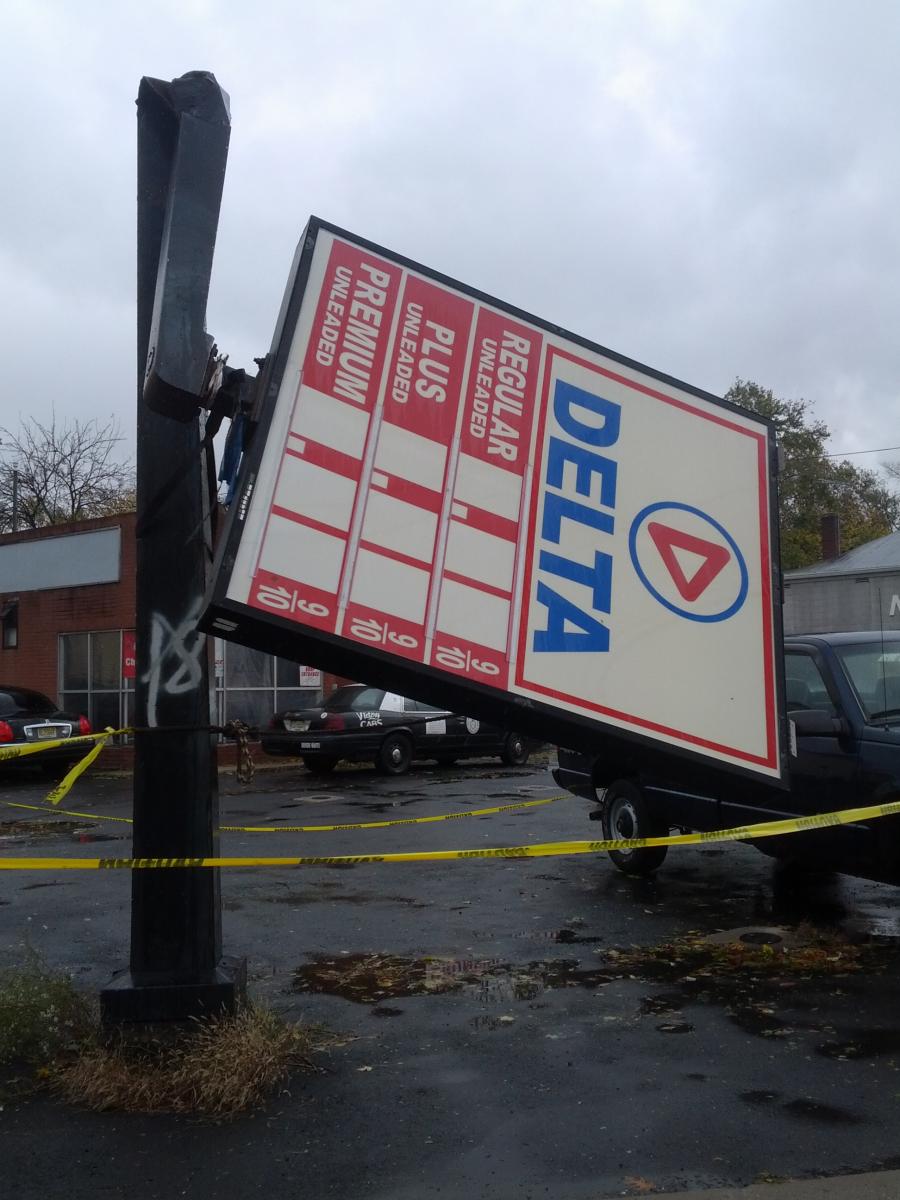 “During Superstorm Sandy, the loss of power in New Brunswick.. rendered fire alarms and fire suppression systems inoperative in some residence halls,” wrote Greg Trevor in an email to New Brunswick Today.

“This made it necessary to relocate approximately 6,000 Rutgers students to temporary housing in Piscataway.”

But in a recent interview given to Muckgers.com’s Simon Galperin, Rutgers Director of Emergency Management Steven Keleman, said New Brunswick’s water was the primary concern.  From the Muckgers.com report:

College Avenue and Cook/Douglas campuses were evacuated because of City of New Brunswick’s boil water advisory, not just the lack of electricity, according to Keleman. Most of the dorms have emergency power, he said. The water infrastructure was the problem.

“[We were] looking at what if [New Brunswick’s] system does fail? We need to move [the students]. We did it as a precaution.”

Keleman is not sure how well New Brunswick has improved their water infrastructure. “I know that they’ve done improvements [but] I don’t know anything specific,” he said. “I could call them and find that information out [beforehand].”

If the water infrastructure on all four campuses stopped functioning, the University could boil water and use additional water at stored at holding facilities in Piscataway as well bottled water at the dining halls, according to Keleman. Keleman does not know how long University water supplies would sustain the on-campus population. “I would have to check,” Keleman said.

“But you have to think if [something that catastrophic] happens to us, its happening to the whole neighborhood,” he said. When New Brunswick issued its boil water alert, Middlesex County government transported tractor trailers of bottled water to hospitals in the area. Keleman said he could request the same.

According to him, the University looks to be able to function for 48 to 72 hours on their own. “We don’t want to be a burden on the county or the state,” he said.

MIXED MESSAGES FROM RUTGERS AND CITY OF NEW BRUNSWICK 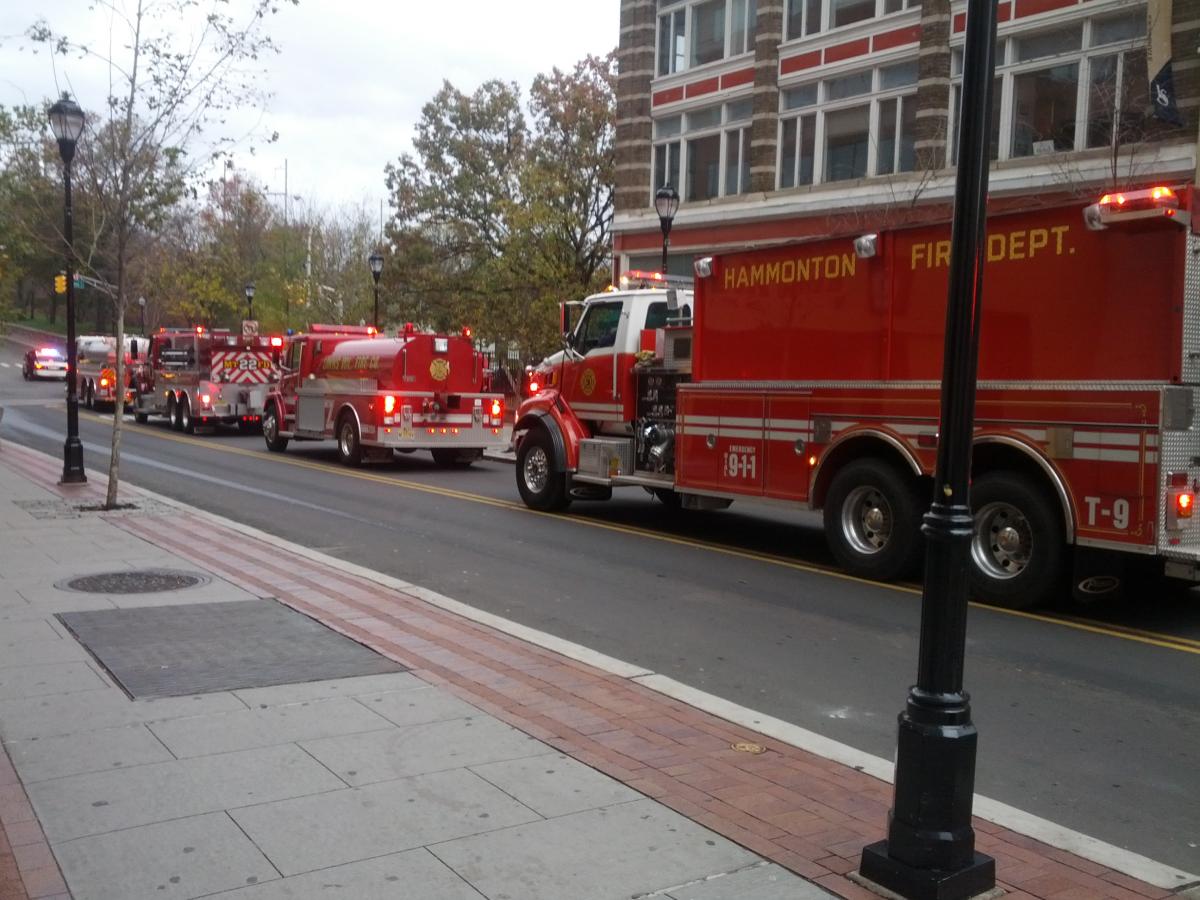 But Rutgers, the second largest employer in the state, declined to declare a similar emergency, and asked many employees to report for work as the storm barrelled down on the campus.

When the contradiction with Cahill’s order was pointed out, eventually announced that Rutgers employees would not be subject to the driving restriction.  As the storm worsened, Rutgers declared that offices would close at noon on Monday and that supervisors would decide which employees were needed going forward. 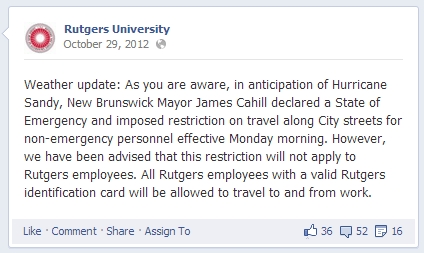 “We have been advised that this restriction will not apply to Rutgers employees,” announced the Rutgers Facebook page at 10:08am on October 30.

“All Rutgers employees with a valid Rutgers identification card will be allowed to travel to and from work.”

The same Facebook page, which officials are now pushing as a great tool for emergency information, posted that “Employees critical to operations, and to the health and safety of our campus community, will still report to work as specified by their supervisor.”

“Normal operating conditions resume for all employees at 5:00 p.m. on Wednesday, October 31.”

Of course, normal operating conditions did not resume until the following week, and even then it was apparent the recovery was incomplete.  After New Brunswick announced the water boil advisory shortly after noon on Tuesday, the university quickly opted to remove thousands of students from New Brunswick.

Within 24 hours, the boil advisory had been lifted, but the chaotic evacuations had already taken place and the school cancelled classes for the remainder of the week.

“Throughout the storm and its aftermath, our top priority was protecting the safety of the Rutgers community and our neighbors across New Jersey,” said Trevor, the Rutgers spokesman.

Many students spent the first night sleeping on the floor with little food or supplies made available, and lines for food ran long, according to a report from Muckgers.com.

The first-hand account by Shaodi Huang details the chaos and a lack of communication from the university.

“I know you guys have been left in the dark, both figuratively and literally,” the author quotes Residence Life Director George Roitsch, as saying, while he addressed a dark room full of evacuated students.

UPDATE (11/11): Rutgers University’s custodian of records asked for an extension in response to New Brunswick Today’s request for the secret report.  “Additional time is needed because the Office of General Counsel is reviewing the report in light of security concerns. I am therefore requesting an extension until November 14th,” wrote Compliance Associate Kimberlee Pastva.

Rutgers spokesman EJ Miranda said today, “The university is reviewing the report and will disclose what the public has an absolute right to know while at the same time protecting the university community against any inadvertent disclosure that might compromise the security of the campuses, our students and our neighbors.”

UPDATE (11/13): Rutgers officials say they expect to release at least a portion of the secret Hurricane Sandy report on Monday November 18, more than six weeks after President Barchi first spoke of it.

“The Office of General Counsel is currently reviewing [Emergency Preparedness Task Force Report] for advisory consultative and deliberative material and material that poses a security concern. I expect to be able to respond by November 18th,” said Compliance Associate Kimberlee Pastva.

Stay tuned to NBToday for the latest.