NEW BRUNSWICK, NJ—The Hub City has seen a wave of gun violence that has shocked the community, but transparency from the city’s police department has been lacking.

But a data analysis conducted by New Brunswick Today shows a substantial increase in the number of gun violence incidents reported to police in 2021.

In response to our questions, NBPD Deputy Director JT Miller said there were 34 “shooting incidents” in 2021 where at least one person was injured or killed by gunfire.

Eight lives were taken in these fatal incidents, up from three gun homicides in 2020.

A statement posted to the city government website on November 12 acknowledges that 76 people had been shot in the city since January 1, 2020.

But those numbers don’t include reported shootings where no one was struck by gunfire, even if authorities located evidence that a gun had been fired.

The violence has continued this year, with another fatal shooting in broad daylight on the morning of Sunday, January 9. Later that week, a juvenile was shot just a few blocks away.

To better understand trends in gun crime, New Brunswick Today analyzed all calls for service received by the NBPD between January 1, 2020 and November 17, 2021.

Using the state’s Open Public Records Act (OPRA), this reporter obtained police dispatch logs that covered all calls for service received by the NBPD during this time period.

The data shows a sharp uptick in reported gun violence incidents that have occurred within the Hub City from January 2020 through mid-November 2021, with double the number of shooting calls during the same time period in 2021 versus 2020.

Since January 2020, the NBPD received a total of 205 calls reporting shots fired or shot heard in the area.

The number of calls reporting shots fired or shots heard in the area was 61 through mid-November 2020, while there were 122 such incidents during the same time period in 2021, according to the data.

Mapping out the precise location of each shooting incident in the city allowed this reporter to visualize hotspots for gun violence in New Brunswick.

The data analysis revealed that gun violence was heaviest in four regions of the city.

Across all reported gun violence incidents, the four different hotspots are apparent, according to our analysis of the data. The highest density area for gun violence is centered around the streets surrounding Feaster Park near the center of the city.

Trends in gun violence also varied based upon the day of the week.

According to our analysis of the data, Sundays were by far the most likely day for police to receive calls about gun violence incidents in New Brunswick.

During the period covered by the data, Sundays accounted for 47 of 205 total calls reporting shots fired or heard in the area, followed by 32 calls received by police on Fridays and 22 on Saturdays.

Hotspots for gun violence in the Hub City also varied by day. The Feaster Park area had concentrated pockets of gun violence that occurred on Tuesdays and Saturdays, while the northern side of the city near the Rutgers University College Avenue campus was most at risk on Saturdays and Sundays.

On the western side of the city near New Brunswick High School, gun violence was most likely to occur on Wednesdays, but several incidents that occurred on Tuesdays were closer in proximity in this area.

When broken down by street, additional trends emerge as to where the hotspots for gun violence are located in the city.

For example, seven of the top ten streets in New Brunswick with the highest total number of reported gun violence incidents during 2020-2021 were located in the Second Ward of the city.

Paul Robeson Boulevard (formerly Commercial Avenue) had the highest number of reported gun crime incidents, coming in at sixteen. Remsen Avenue was close behind at eleven incidents reported to police since January 2020.

The intersection of Paul Robeson Boulevard at Handy Street was the site of a fatal shooting in April 2021 that also resulted in a motor vehicle accident, where an innocent bystander was killed while driving a car.

At least one other homicide in 2021 involved a person being killed by a total stranger. That incident occurred in November in the area of Easton Avenue and Condict Street.

NBPD does not make any distinction between incidents where callers directly witnessed shots being fired and incidents where callers only reported hearing shots in their neighborhood in their computer aided dispatch (CAD) system, so the analysis is based on the best available data that has been released to the public, which consists of calls for service that police coded as “shots fired / shots heard.”

Better data would make it possible to limit this analysis to confirmed incidents of violence alone. 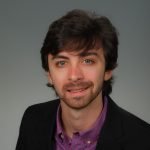 Gavin Rozzi is an award-winning data scientist, web developer and journalist. He conducts research and also teaches in the Master of Public Informatics graduate program at Rutgers University.

Gavin Rozzi is an award-winning data scientist, web developer and journalist. He conducts research and also teaches in the Master of Public Informatics graduate program at Rutgers University.