On April 1, Volkert retired after a lengthy career with OBPD, including more than a decade as Chief, but the delay in appointing a permanent successor, and the Mayor’s move to rotate “Acting” Chiefs, has bothered the local police union.

The son of a former OBPD Chief, Volkert began his career as a police officer on September 1, 1978, at age 20.

Over the course of his 42 years on the force, he was a patrolman, worked on the detective bureau, and was promoted from detective sergeant to lieutenant to police captain. He was then named commander of the detective bureau before being promoted to the rank of Chief of Police on August 1, 2010, and served in that role for nearly eleven years.

Captain Joseph Mandola, a 30-year veteran of the OBPD, was appointed to serve as Acting Police Chief following Volkert’s retirement.

During his time with OBPD, Mandola has served as Patrol Captain, Detective Bureau Commander, and Captain of Police Administration.

Being off the streets since 2012, the transition to being at a desk doing administrative work was tough for him.

“It’s a huge transition because at administration I’m at a desk,” he told New Brunswick Today. “I don’t see the road anymore.”

As Acting Chief, Mandola is responsible for the day-to-day operations of the department. He is hopeful that the Old Bridge Mayor Owen Henry will promote him to be permanent Chief.

The Home News Tribune reported Mandola would serve as Acting Chief until Henry nominated someone. But Mayor Henry tried to implement a leadership rotation among the OBPD’s four Captains, at one point elevating Scott Gumprecht to be Acting Chief for a period of time, before restoring Mandola to the role.

Galgano said he was “perplexed” by the Mayor’s choices, and took aim at the idea of rotating Acting Chiefs, calling it “an embarrassment and needs to be addressed immediately.”

“In order for us to improve on the tremendous job we all do each day, I implore you to make the selection for Chief now instead of wasting many more months with a non sensical rotation,” wrote Galgano.

“The men and women of this police department have been without a leader since April 1 and this must stop today!”

Without a leader, the OBPD has been at a “standstill” and “cannot move forward without someone who has the authority to make final decisions for the best interest of the police department,” argued Galgano.

The union posted the open letter on their Facebook page on August 4, where it accumulated comments from residents calling for the Mayor to act and do more for the OBPD.

Later that month, the union apparently began selling shirts that read “got police chief?” and invited their supporters to purchase them for $12 each.

Since then, Henry has not made further moves to rotate Acting Chiefs, and Mandola remains in the role.

Under his leadership, the Old Bridge Police Department receive the Accreditation status in July 2014 and reaccreditation in 2017 and 2020.

Mandola holds a Master’s degree from Fairleigh Dickinson University in Administrative Science, and he has also been trained as a Certified Public Manager and Qualified Purchasing Agent here in New Jersey.

He was also one of 256 law enforcement officers that graduated on September 13, 2019, from the FBI National Academy in Quantico, Virginia.

It offers 10 weeks of advanced communication, leadership, and fitness training.  Participants must have proven records as professionals within their agencies to attend.

Less than 1 percent of the country’s law enforcement officers graduate from this academy.

“The FBI Academy was the best experience of my life, networking with police officers around the country and around the world,” he said. “I still remain in contact with everybody.” 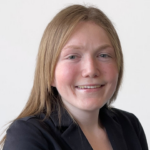