By: Morgan Mark and Nechama Lowy
In: Environment & Climate 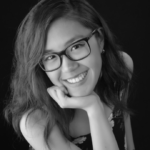