NEW BRUNSWICK, NJ—Video obtained by New Brunswick Today shows the man New Brunswick police are warning people about: a serial voyeur creeping on women in the Fifth and Sixth Wards of the city.

The suspect, a man “described as possibly Hispanic or Middle-Eastern in his twenties with dark facial hair,” according to a New Brunswick Police Department (NBPD) press release, has been spotted multiple times in the off-campus student neighborhood near Rutgers University.

There are multiple reports of the suspect trespassing onto private property and looking into windows of homes, and he has also been captured on camera exposing himself in front of a ground-floor window.

On October 28 at about 11pm, the unidentified voyeur attempted to break into the Richardson Street apartment of Willow Meredith, a 21-year-old Rutgers student.

In her description of the incident, the voyeur used a broken piece of glass to cut open her air conditioning unit and pulled her curtains through a hole in the broken unit in an attempt to separate the curtains so he could see through the window.

The following day, Meredith and her roommates vacated the apartment and the landlord installed cameras.

The voyeur returned again on Friday, October 30 around 9pm, peered through her window, and left after being captured on one of the new surveillance cameras.

The same man returned later that night at around 1:40 AM and messed with the camera, re-positioning it so it would not capture his image.

This man’s repeated visits to one residence, attempted break in, and exposing himself are concerning behaviors. Actions like these are criminal and can escalate into rape, stalking, or assault.

The incidents can have a profound emotional impact on the victims.

“I am honestly too traumatized to even think about how long this man has been watching my roommates and I and his possible intentions looking through my bedroom window,” Meredith told New Brunswick Today.

“The thought of returning back to that house or even Rutgers campus at the moment is too much to handle.”

Meredith shared her story on Instagram to spread the word and help locate the perpetrator, and several other women reached out to share that they had also been the victims of similar crimes.

She says she learned of similar incidents that were reported on Richardson, Huntington, and Senior Streets during the past two years.

Some safety precautions you can take to protect yourself against voyeurism at home include:

The Rutgers Office for Violence Prevention or Victim Assistance offers free crisis intervention, counseling, and advocacy to victims of sexual crimes and domestic violence. Their phone number is (848) 932-1181.

NBPD is asking anyone with information regarding the suspect’s identity or similar incidents to contact Detectives Erika DiMarcello or Keith Walcott at (732) 745-5217. 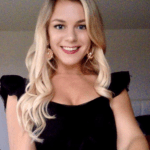