NEW BRUNSWICK, NJ—In another move to counter the spread of the coronavirus disease, COVID-19, the state ordered all municipal, county, and State public libraries to close, as well as all university computer labs.

The mandate took effect on the evening of March 20, following Rutgers University’s refusal to voluntarily close its libraries, despite criticism and concern from employees of the university and their union representatives.

Rutgers’ libraries were among the last to close in New Jersey, shutting down a full week after the City of New Brunswick closed its library.

“It is an outrage that the president of the university, a medical doctor, insisted on leaving faculty and staff in an unsafe workplace for so long,” said Givan.

The University had planned to implement new guidelines by March 22 to operate the libraries with limited staff, but scrapped them after Governor Phil Murphy’s administration intervened to mandate the closure.

The alternative plan pushed by outgoing Rutgers President Robert Barchi was published on March 18, and included directives to staff libraries during opening hours with a security guard, one or two library staff members.

The plan also called for Rutgers Office of Information Technology (OIT) personnel to run the computer labs as well as custodial staff who would be “onsite all hours that the libraries are open.”

“Like all functions at the university… there is an expectation that operations will continue while employees avail themselves of these work flexibility options,” such as use of leave time, the announcement read.

But union leaders accused the Rutgers administration of putting the school at risk of a lawsuit,

A March 17 letter from two Rutgers unions accused the administration of “gross negligence” and committing an “intentional wrong” by refusing to close their libraries and other non-essential operations, citing the possibility that employees could contract COVID-19 and then die from the virus.

As we reported, Rutgers had already transitioned to online-only classes and directed students to leave the campuses.

By March 21, the original plans to keep libraries operating were scrapped and replaced with the following message: “The Rutgers Libraries are currently closed.”

Todd Wolfson, President of the Rutgers AAUP-AFT, and Christine O’Connell, President of the Union of Rutgers Administrators (URA), contacted Senior Vice President for Human Resources and Organizational Effectiveness Vivian Fernandez via a letter on March 17 to voice concerns regarding the working conditions of staff employed in the University’s then still operational libraries.

“Unless employees are providing absolutely essential services – services critical to ensuring the health, welfare and safety of others – requiring our members to physically report to work, places them and others at risk and is contrary to the unprecedented global efforts to contain the COVID-19 pandemic,” reads the letter.

“Employees reporting to work at the University place themselves in danger of contracting the virus.

“An employee who contracts the virus is at extreme risk and there is no certainty that employee will have access to necessary treatment.”

“We have been arguing with Rutgers management for days about closing the libraries,” said Rebecca Givan, the Rutgers AAUP-AFT’s Vice President.

“This is reckless endangerment of our members, staff, students and the wider public.”

“We understand questions have been raised about the decision to keep Rutgers libraries open to our students,” the university had said in a March 18 statement regarding the operating status of Rutgers libraries.

The library issue was just one of many on-campus that have caused clashes between the Barchi administration and the unions that represent staff and faculty at the enormous institution.

As we reported, US Senators Bernie Sanders and Cory Booker both publicly expressed support for members of the American Association of University Professors-American Federation of Teachers (AAUP-AFT) as they prepared to strike last year.

More than 15,000 employees of Rutgers University are represented by a variety of unions, including the AAUP-AFT, the Union of Rutgers Administrators (URA), the Health Professionals and Allied Employees (HPAE).

“Without our work, this institution could not function as the preeminent research University that we are today,” a statement representing the members of these unions reads.

“We deserve to be part of the planning that will impact our work and our lives.”

Rutgers’ unions have publicly issued demands to the University for the “immediate expansion of policies and procedures to protect the health and public welfare of the entire University community” as the pandemic threatens the global population.

Rutgers University assembled a COVID-19 Task Force dedicated to monitoring the spread of coronavirus and communicating updates and guidance to the Rutgers community, but the communications sent by the task force are “incomplete,” “incoherent,” and “do not address many of the concerns,” according to the AFT-AAUP.

“Any task force that calls upon faculty to adapt their courses for distance learning, or make any changes to courses, must include adjunct faculty,” explained Amy Higer, Vice President of the PTLFC-AAUP-AFT Newark Campus Chapter.

“To have a task force to address students needs during this and to not include a representative from the [part-time lecturer] union makes no sense.”

“Adjunct faculty don’t do this job for the money,” Higer said.

“We teach because we believe in what we do. We need to make sure that students get the education they deserve. But we need to make a living, and we are severely underpaid.”

The unforeseen switch from in-person instruction to remote courses is a “daunting” challenge for members of the RU faculty, according to Higer.

“We are in uncharted territory,” Higer said.

“Some of us are familiar with online technology and some are not.

“It’s daunting to think we will not be meeting with our students in person again, and to have to rethink how we will teach our courses in an entirely different way than any of us imagined, even a few days ago!”

Rutgers neither followed nor negotiated with the unions’ initial March 11 demands, however, and instead expressed that no changes to health care benefits or compensation were being planned.

“Our primary focus at this point is on the health and safety of our students followed closely by the completion of their academic requirements in a timely fashion,” Rutgers University Senior Director of University News and Media Relations Dory Devlin said.

“Instructors will continue to be paid for teaching and no changes to current benefits will occur.”

In response to Rutgers’ determination to provide neither additional compensation nor health care coverage to adjunct faculty, the Rutgers Part-Time Lecturer Faculty Chapter of the AAUP-AFT (PTLFC-AAUP-AFT) reiterated their demands on March 16.

A list of seven points included access to healthcare for adjuncts and “PTL’s,” as well as fair compensation for “the extra time, work, and expenses incurred in order to quickly switch to distance learning technologies.”

Rutgers University employs more than 3,000 adjunct faculty who teach 30% of the institution’s courses – faculty who are not provided health care insurance.

“The decision to deny its adjunct faculty health coverage not only puts these adjuncts at immediate risk, but it endangers students and other staff with whom adjunct instructors come into contact,” warns the Rutgers’ Adjunct Faculty Union.

“I wish the university did the right thing by its adjunct faculty in order to help us do this vital work, and gave us the piece of mind we need by giving us access to health care,” Higer said.

“It’s unconscionable, and frankly, short-sighted and counter-productive, to make no changes at all to its support system for us during this health emergency.”

Rutgers’ refusal to provide health care coverage to adjunct faculty is a decision unlike other major universities in the region, such as the City University of New York.

Martina Manicastri, a Rutgers undergraduate student double majoring in English and Political Science, is a member of Rutgers One, an undergraduate coalition of groups in the Rutgers community “united to defend quality public higher education.”

Manicastri’s petition earned more than 500 signatures in a single day and more than 1,500 in a week.

“The petition was an independent idea,” Manicastri explained.

“I saw that staff had been told to continue coming to work and it aggravated me.

“Their lives matter just as much as faculty and students, so why was it okay to continue putting them at risk during a pandemic?”

“Rutgers will stop face-to-face interactions among students and faculty in an effort to protect the Rutgers community from the outbreak of COVID-19,” the petition reads.

“While this plan is great for students and faculty, it leaves out Rutgers staff members that are an integral part of our community. Staff members will still be required to report for work as usual.

“They deserve to be treated with the same consideration and respect as students and faculty. Their lives are just as important as our own.”

“Rutgers is behaving more like a corporation than a public educational institution of higher learning,” Higer said.

“If the university can pay its football coaches millions of dollars, then surely it can come up with the money to enable its adjunct faculty to visit a campus health clinic and get a test for COVID-19, if necessary.”

“Rutgers has an $800 million reserve it could tap into to keep its workers afloat during this crisis,” according to Manicastri.

“It is unreasonable to expect individual workers, some of whom are hourly workers, to continue supporting themselves and their families without any assistance if they are out of work.

“Our faculty, especially part-time lecturers and adjuncts, staff, and students all deserve better than an institution more interested in making a profit than treating its workers and students with respect,” Manicastri said.

“I think it’s typical of American universities and I find it disgusting.”

“Unions are about recalibrating power between management and labor,” Higer explained, saying they bring a “bottom-up, empowerment approach in the fight for justice and fairness in the workplace.”

“We’re all in this together and now’s the time for the administration to start acting like it,” said PhD candidate David Winters, secretary of the PTLFC-AAUP-AFT. 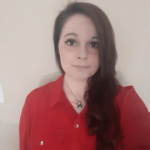