Voices from the Darkness: Uncovering the Truth of NJ Immigration Prisons 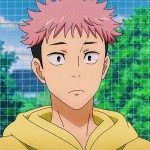