New Vintage Store Sells Pieces of the Past in East Brunswick

By: Will Chase
In: Business & Labor

EAST BRUNSWICK, NJ—For those who miss the good old days, or just want some fashionable throwbacks to wear, one area store might be of interest.

Zuted, a nostalgia boutique located inside of the Brunswick Square Mall on Route 18, has everything vintage, from t-shirts to sports jerseys, jackets, sneakers, and hats.

The boutique is filled with concert and other tour t-shirts from Kanye West to Taylor Swift, WWE matches, motocross, and monster truck event t-shirts.

Zuted is owned by Terrell Person, a native of Newark, and has been located in the mall since April of this year.

Shopping at the store gives customers a unique experience.

As the white spaces all around the counter and white walls behind the counters are covered with signatures in red sharpie.

All customers who make in-store purchases at Zuted are given the opportunity to sign the white spaces anywhere in the store.

Person created Zuted clothing line 2012, it was inspired from his love of fashion, clothing, and sneakers.

As a clothing designer, Person attend a vendor show in New York City where he made a fateful connection.

“I literally bumped into Daymond John as I am walking out of a door leaving the venue, I said excuse me and sorry, but then I realized it was Daymond John.”

John is the founder of the clothing brand FUBU, and an investor on the ABC reality television series Shark Tank.

Person proceeded to have a conversation with John, mentioning the name of his clothing line and John told Terrell that Zuted could be more than just a clothing line.

After his conversation with Daymond John, Terrell went into deep thought about things he likes and enjoys doing.

“I like skateboarding, fashion, and sneakers so in 2016, I opened up my first store in Belleville, NJ,” Terrell told New Brunswick Today.

Small businesses have their share of challenges, but Person’s perspective and motivation are near and dear to him.

“There’s a gentleman everyday rain, sleet, hail, or snow. Everyday twice a day he pushes his handicapped son around the mall with a smile on his face and he never complains, I have never seen him in a bad mood. If he can have that attitude so should I.”

Person says Zuted will be adding two new locations in 2020, with one of the locations in the southern New Jersey and the other in the Philadelphia area. 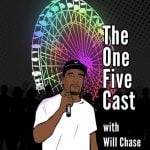