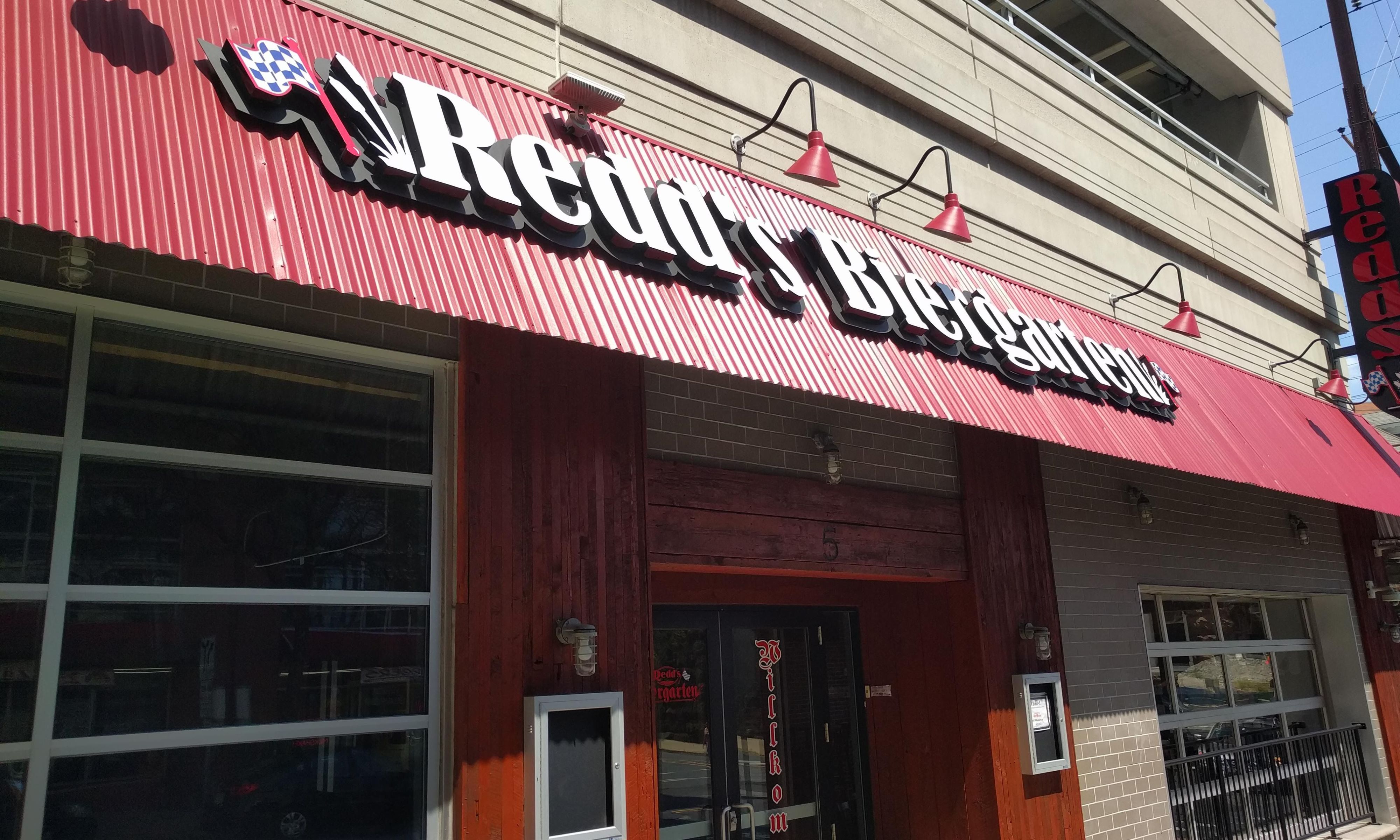 New Biergarten Set to Open Next to Train Station This August

After months of delays, Redd’s Biergarten is tentatively set for a “soft opening” in mid-August, according to the NBPA Executive Director’s report to his Board of Commissioners on July 24.

“I’m 99.9 percent certain the first day we will be open to the general public will be August 19th,” confirmed Frank Pinto, one of the three men behind Redd’s.

The co-owners—Pinto and brothers Doug and Dan Palsi—say they want to “replicate the model” they have implemented in Newark here in the Hub City.

The  biergarten will operate with a staff of more than 20 employees, say the trio, and the kitchen will be open seven days a week from 11 am to 11 pm and until midnight on Friday and Saturday nights.

The business partners grew up in East Rutherford together and have known each other since they were kids. The Easton Avenue location will be their third establishment.

Redd’s Restaurant & Biergarten, the original location in Carlstadt, is advertised as “In the Heart of the Meadowlands,” located near MetLife Stadium and the arena that was once home to the New Jersey Devils hockey team.

John Palsi, father of Doug and Dan, launched the business two decades ago. His nickname? “Redd.”

“He was the original,” Dan’s son, Brian Palsi, said of his grandfather, who passed away last year.

Dan Palsi went to culinary college and learned about German food and culture in Munich, at Hotel Bayerischer Hof, before deciding to create a German Beer Garden concept in New Jersey.

Around the same time, Pinto also traveled to Munich for an culinary externship where he “fell in love the with country, its culture and people.”

“The Devils used to play at Continental Arena, so we were their hometown bar,” co-owner Dan Palsi told FiOS 1 News.

“They moved to Newark, broke our hearts. So you know that brought us to Newark,” said Palsi.

“We decided to take a shot and do a German Beer Garden across the street from Prudential Center,” noted Pinto, explaining the size of the Redd’s in Newark is 7,000 square feet, a bit smaller than the property they’ll be renting from the NBPA.

“It’s been a great ride for us,” said Pinto, adding that it’s not just hockey fans who patronize the Newark establishment.

Pinto and the Palsi family said building out another Redd’s in New Brunswick together makes the experience of opening a third location more special.

Situated in the city’s tallest building, right next to the downtown train station, the team is looking to capitalize on the new location

“Rutgers will be great for us,” said Pinto. “We are thrilled and can’t wait to get in and meet some of the people who live in the area.”

Redd’s plans to serve 28 beers on tap from all over the world including local and domestic crafts, plus more than 100 different bottled beers.

The team says their “famous 5-hour $5 happy hour” will be in effect from 2-7 pm every day.

Size was among one of the factors that enticed them to rent the 7,372 square foot space on Easton Avenue and Wall Street, adjacent to the Trenton-bound side of the New Brunswick’s downtown train station.

The last tenant had a six-year run in the space, but ultimately called it quits last May.

Karon said that they were 6-months behind and owed NBPA $82,685 when they finally shuttered the establishment. Karon also said NBPA was “pursuing all legal options available to collect on owed back rent.”

It’s not the only commercial tenant the NBPA has lost in recent years. As we reported, back-to-back tenants in the authority’s supermarket space on Kirkpatrick Street have closed up shop, owing a combined $1.7 million in back rent and fees to the NBPA.

But according to the building’s developer, it was disagreements within the parent corporation that led to the end of Brother Jimmy’s in New Brunswick.

“The partners had a dispute and decided to close a number of their properties including New Brunswick and several in NYC,” said Chris Paladino, the President of New Brunswick Development Corporation (DEVCO), at the time of the closure.

“They are dissolving their partnership,” continued Paladino. “In fact, they have failed to live up to their contractual obligation and have missed rent payments, and their rent was not raised.”

Enter the Redd’s Biergarten team, who are using their corporation, “Premium Food & Beverage,” to lease and operate the new biergarten in New Brunswick.

The company leased the space at $27 per square foot, which will make their monthly rent $16,587 for the first two years. After that, the rate will increase to $29 per square foot in years three through five, and $32 in years six through ten.

Add in the $1,228 per month to utilize the state concessionaire’s permit that was granted, in lieu of a liquor license, and the monthly total becomes: $22,115 a month.

DEVCO listed the space with Pierson Commercial Real Estate, but Redd’s doesn’t have to pay a broker fee, according to the lease.

Redd’s will have the use of ten parking spaces within the garage, as well as “parking validation for all customers that shall be reimbursed to the Landlord (NBPA),” according to the lease.

The three partners behind Redd’s deposited a $33,174 security deposit on October 24, upon execution of the lease, but delays in securing the alcohol permit have kept the place from opening for the next nine months.

Redd’s was supposed to begin paying rent six months from the day they signed the lease, or upon “opening for business,” whichever came earlier, according to the lease.

But another clause in the paperwork says that they don’t have to pay rent until their concessionaire’s permit was approved by the state’s Division of Alcoholic Beverage Control, which only signed off on the permit recently.

Below is the abbreviated version of the lease for the space: