NEW BRUNSWICK, NJ—Nearly a year after changing its name to Superfresh, the 49,000 square foot market inside the city’s “Wellness Plaza” on Kirkpatrick Street has shrunk in size.

The store is privately owned and operated, but rents the entire space from New Brunswick Parking Authority (NBPA). Over the past fourteen months, the owners have fallen behind in rent by more than $500,000, owed to NBPA.

Inside, a section closest to Paterson Street has been stripped of merchandise, leaving only five active aisles of the original thirteen.

The reset includes a makeshift wall flanking several empty aisles and dividing the bathroom section and stainless steel display freezers from the closed off area. Other shelving units remain, but are completely empty, while another wide aisle with bare shelves that’s not in the walled off area, is seen by shoppers.

Areas that were once active such as the hot food bar, an alcove of the former frozen foods section, and a small cafe after the checkout registers, are now desolate. 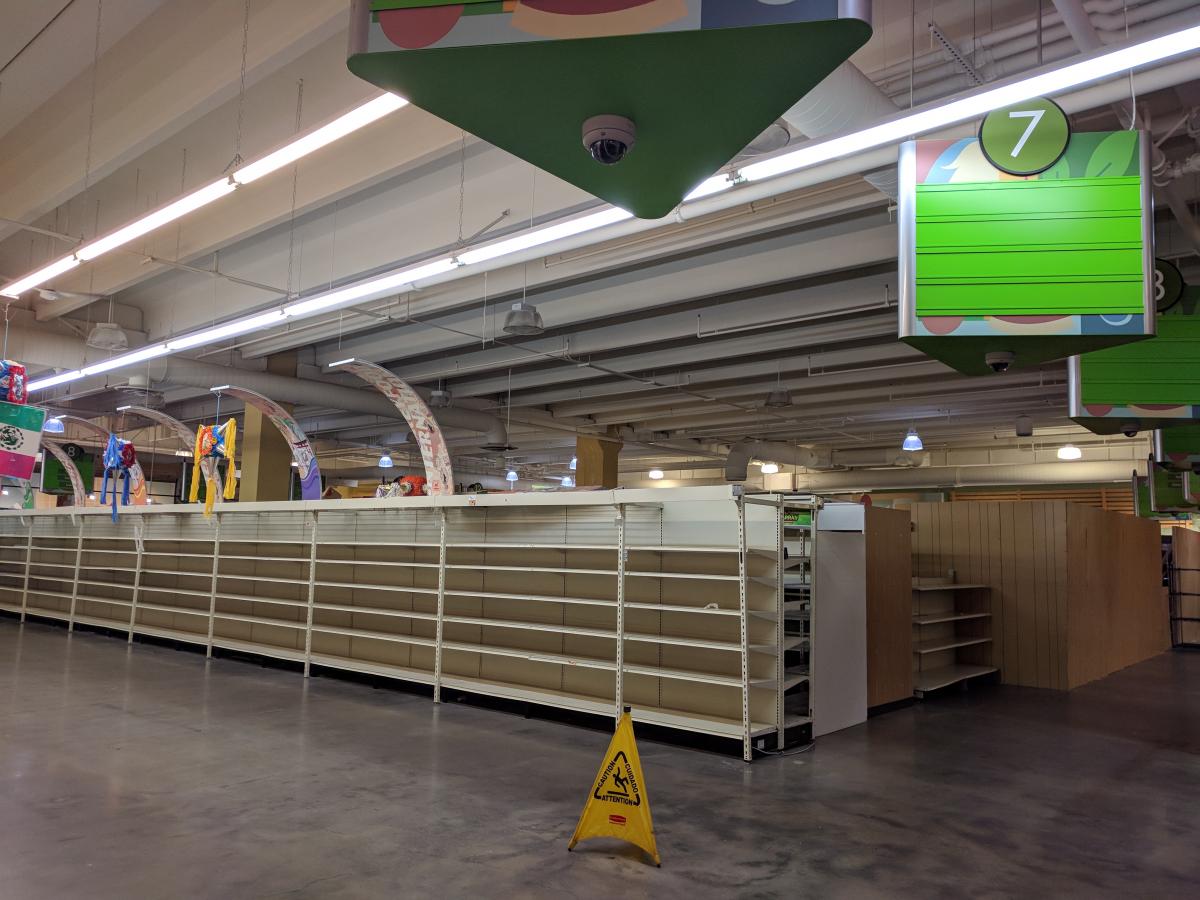 Asked about the incomplete renovation, store manager Jenny Ha said the landlord, New Brunswick Parking Authority (NBPA), had contacted CVS, the operators of the retail pharmacy chain, about renting a portion of the existing supermarket space.

But CVS, who was rumored to be interested in some of the space before it was rented to the current supermarket, says they are not interested at this time.

“While we are always looking for viable new sites in NJ, CVS is not exploring any concept to operate inside the SuperFresh in New Brunswick,” said Amy Lanctot, Senior Manager Public Relations, CVS Health.

The supermarket company has been “short paying” their rent since November 2017 – paying the NBPA no more than 60% of what they owe each month.

“We are weighing all options [and] hope to have a decision made within 60 to 90 days,” said NBPA Executive Director Mitch Karon on January 9, in response to questions about the physical changes and whether NBPA is in discussions with a retail pharmacy company to possibly take some of the space.

As New Brunswick Today reported, the first supermarket to lease the space from NBPA – Pennsylvania-based, FreshGrocer – opened for business in November of 2012. It then operated for 18 months until it shuttered in May of 2014, following a court notice of default filed by NBPA.

After the space sat vacant for more than a year, Key Food Marketplace opened for business in mid-August 2015, and started paying NBPA rent in October 2015, as agreed. Though that market did not change hands, it rebranded to a Superfresh two years ago.

As for the future of the current store, it’s apparent that the operators no longer wish to rent the entire 49,000 square feet.

“I want about half,” said Ha, noting that the landlord would have the other half to “sublease.” “We want half.”