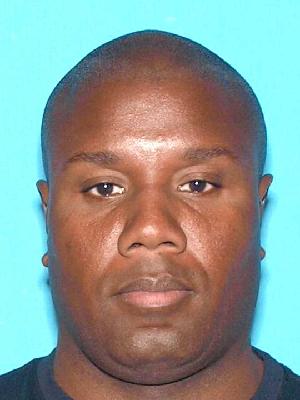 State Trooper Who Creeped on Women He Pulled Over Avoids Prison

The New Jersey Attorney General's Office, which prosecuted the case, declared in a press release that Prather "conducted improper stops of female drivers in order to view the private contents of their cell phones and proposition them to meet him socially."

"He looked through personal information and images on the phones and, in some cases, reproduced intimate photos and videos of the women," read the release.

"The New Jersey State Police Office of Professional Standards investigated numerous incidents involving Prather that reflected a pattern of pulling over women, ranging in age from 18 to 42, and soliciting them to go on a date with him or give him their phone numbers," read the December 8 press release from the AG's Office.

Police soon discovered that Prather had been incorrectly recording his traffic stops to indicate drivers that he pulled over were male when they were female, and falsely claiming that he experienced "microphone malfunctions" when he had intentionally deactivated his microphone.

"Prather requested and searched the cell phones of numerous female drivers without justification, after asking the women to unlock the phones," according to the AG's Office.  He also "disposed of suspected marijuana that he seized from the vehicle of a female motorist."

During sentencing, Superior Court Judge Benjamin Bucca asked Prather: "In reflecting back on this, what caused you to abuse your authority as a State Trooper?  What do you think was the cause of it?"

"We all have moments where we have poor judgment or whatnot," said Bucca.  "What caused you to be in a position of power and to take advantage of that?  What comes to your mind?"

"I just, I guess, think about it every day, like something I have to live with everyday: the poor decisions that I made," said Prather.  "But I guess my mind is so far past what I did, like trying to move past it, that I can't really come up with anything to tell you what I was thinkng at that time."

Prather said he was currently working "odds and ends types of jobs" and focused on raising his six-year-old son.

"You were entrusted with the power of the State Police and all that comes with it and you clearly violated that," said Bucca, adding that Prather "invalidated" and "degraded" women.

"Thankfully, in our society today, we are reaching a higher level of sensitivity as to that whole issue, and as to the never-ending efforts of women to empower themselves in our society."

Bucca warned that Prather's issues with women could manifest themselves in the future if they go unaddressed.

Prather's attorney Melvin Wright asked for his client's cell phone back at the conclusion of sentencing, but Faulk responded "the phone still has some… illegal pictures on it that he shouldn't have access to."

The Deputy Attorney General stated that there is a civil case pending against Prather, "so we can't wipe the phone because there's evidence" that needs to be maintained.