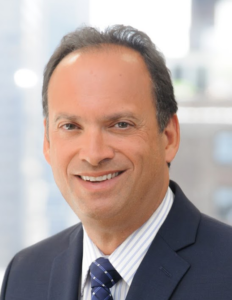 The trial, which is being held before Judge Ana Viscomi at the Middlesex County Courthouse on Paterson Street, began on January 29.

It is expected to be handed to a jury for a verdict sometime in March.

The multi-national medical corporation, which sells consumer products, pharmaceuticals, and medical devices, has been based in New Brunswick since it first opened for business in 1886.

Lanzo is not the first to sue J&J over its talc-based products, which have been the target of several lawsuits from women who alleged they contracted ovarian cancer by using the product on their genital area, as we reported.

But it is only the second US case over claims that J&J’s Baby Powder and "Shower to Shower" products contain asbestos. J&J won the first such mesothelioma trial, which was held in California.

Lanzo currently lives in Verona, but has also lived in California and was diagnosed with mesothelioma, an incurable and fatal type of cancer, at the end of July 2016, in Houston, Texas.

Lanza’s attorney Moshe Maimon, of the firm Levy Konigsberg LLP, simplified the claims for jurors in his opening statements.

“If you make a product that harms someone, you are responsible for that harm,” said Maimon, who has an office in Lawrenceville.  “It’s that simple.”

“We speak for Joe and [his wife] Kendra.  These are very difficult and upsetting things that we will speak about,” said Maimon.

Lanzo’s wife is also a plaintiff in the case, but doesn’t have a disease.  She was wrongfully deprived of her husband’s society, services and consortium, according the complaint.

He told the jury they would view documents showing evidence that J&J became aware talc it got from its supplier, Cyprus Amax Minerals Company as “successor-in-interest to American Talc Company, Metropolitan Talc Company,” and others, contained asbestos fibers, but the consumer product giant failed to warn consumers.

But J&J and its suppliers argued that Lanzo’s mesothelioma is the result of exposure to asbestos inhaled from sources other than baby powder. The fortune 500 company says talc products have always been asbestos-free.

On J&J’s side, Mike Brock of Kirkland & Ellis LLP told jurors that the “supposed” link between baby powder and mesothelioma is built on inaccurate testing methods and studies that are no longer current.

“Johnson & Johnson is not responsible for the development of mesothelioma in Mr. Lanza,” he told the jury. “This is what the plaintiffs will try to prove to you.”

There is no science to support Lanza’s claims, Brock argued, saying that Lanza was exposed to asbestos at the house he grew up in as well as in his school when he was a child.

"He had other substantial exposures," said Brock.  "He would need to show that his disease state was caused by exposure to baby powder and not something else."

Brock also pointed out that Lanzo has not claimed any lost income and is actively coaching ice hockey.

“We are pleased the physicians reported that he has no recurrent disease,” said Brock.

Both lawyers educated the jurors, using slides as visual aides to make their case.

Among the points on the J&J defense attorneys slides:

At issue was not only whether asbestos might have been in the products, but also whether it was the cause of Lanza's disease, which is a type of cancer that develops from the thin layer of tissue that covers the lining of the lungs or chest wall.

Asbestos scars the tissue of the lungs, Maimon explained to the jury.

The fact that Lanza is a lifelong smoker is “irrelevant,” Maimon continued, adding that asbestos found in samples of Lanza’s tissue was the same type allegedly discovered in J&J’s baby powder.

Moving to whether there was an occupational aspect to Lanza’s mesothelioma, the attorney asked: ”Did Steve work in an industry that exposed him?”

While the answer to that question was “no,” the attorney admitted that asbestos was found in the basement of a house Lanza lived in, but it was removed without incident, he said.

“Unless it’s disturbed and gets into the air, it does no harm,” Maimon said, arguing that asbestos exposure in the home was not responsible for his client's illness, concluding that Lanzo wasn’t exposed to any other possible sources of asbestos other than from the baby powder he used. 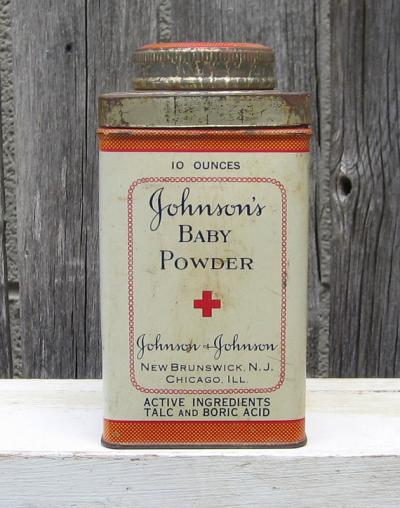 The case also involved a lot of science, with many experts testifying and lawyers providing the jury with their own geology lessons about talc, "the softest mineral on Earth."

“Talc is a rock,” explained Maimon.  "The rock is turned into powder and what’s in the powder is what originally came from the mine."

While some of the impurities are taken out to make cosmetic grade talc, Maimon argued that there is no way to ever get it all out.

“There was always a little bit left,” he said, before making the case that J&J had known since the 1970’s that the talc in their baby powder contained asbestos.  “If you try so hard to get it out, it’s because it is there.”

In 1971, the federal Occupational Safety and Health Administration (OSHA) was created and asbestos was the first substance regulated by the agency, Maimon said.

For his part, Brock explained that there were some issues in the 1970’s and testing “began ramping up and became a robust process.”

"I’m going to show you the documents, and you are going to see that this is a problem that came up in the 70’s," Brock explained.

“A couple of scientists… were thinking about asbestos in a more robust way and asking: are we addressing all the issues? [They] conducted some tests, and reported them publicly,” said Brock.

The tests revealed some asbestos in talcum powder and according to Brock.

“It was widely publicized,” he said.  “My client, J&J, did what you would want a responsible company to do. It hired very, very good experts in the field to look at the samples.”

Brock said the federal Food and Drug Administration was also interested in the issue, and never told J&J to do anything different.

“[The FDA] hired people to look at the issue. J&J participated in those discussions and the issue was put to rest. There was no risk of developing a disease state from the use of J&J baby powder,” Brock argued.

“Now we are going back 40-plus years later and we are digging up all this old stuff and we are repacking it and making a lawsuit out of it, and that’s what you are going to see as the evidence develops in this case,” said Brock.

But Maimon argued that J&J “had difficulties” trying to remove asbestos from its talc. A mine in Vermont eventually became the company’s exclusive supplier, but that has since been outsourced to Chinese mines.

Brock showed the jury a photo of a group of miners in Italy who were exposed to talc daily during work, saying that they had found “zero cases of mesothelioma” among those who worked in the mines.

“This is not like a sprinkle a day. This is real exposure,” Brock said of the miners who milled the talc for a living. 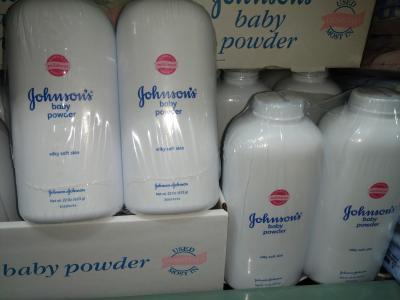 “And here is the point to this case: Mr. Lanzo used J&J powder from birth until 2016. He was using two of the big bottles per month. You are not going to see any evidence in this case, not one shred of it. There will be no direct evidence that Mr. Lanzo ever used, a product that had asbestos,” Brock said.

Maimon said that in the 1970’s J&J developed a cornstarch-based alternative baby powder. They found through customer surveys that people liked it, he said, calling it the “Cornstarch Contingency.”

But the Lanzo family had no way of knowing that one could have asbestos and the other one did not.

“Why didn’t [J&J] go with only cornstarch? They chose not to warn people,” Maimon argued.

Brock countered in his opening by arguing that the cornstarch version was a different product altogether, one that many customers found less effective because it clumps together when it absorbs sweat and doesn't provide the same "cool" feeling on the skin as talc powder.

Brock urged the jury not to make up their mind until they hear all of the evidence.

For his part, Maimon said the case is not about baby shampoo, band-aids, Tylenol, J&J’s medical devices, or many of the good people who work at the company, which one of the county's largest private employers.

“This case is about … actions and decisions [regarding] this product, not the other products [sold by] the company."