According to authorities, the unmarked NJSP sport utility vehicle contained two police weapons and “several” police uniforms when it was stolen from the North Brunswick residence of a State Trooper on December 17.

Police believe it was a 16-year-old New Brunswick boy who took the vehicle, and then used it in two robberies and a theft around Middlesex County.

Authorities recovered the stolen vehicle later that morning somewhere in North Brunswick, and the NJSP first shared the alarming news with the public in a Facebook post published at 2:20pm. The State Police did not name the officer who had been entrusted with the vehicle. 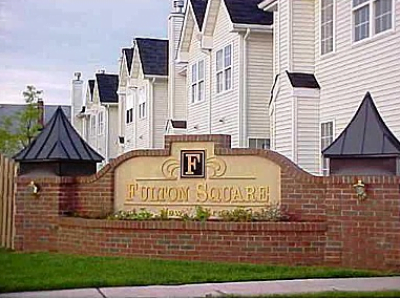 The suspect is charged with burglary, two counts of unlawful possession of a weapon, two counts of robbery, three counts of impersonating a law enforcement officer, and theft by unlawful taking.

It’s not clear exactly when or how the vehicle was taken, but by 5:45 a.m., it was allegedly used by the thief in the attempted robbery of a truck driver on the New Jersey Turnpike near Interchange 10, which is located in Edison.

“The suspect identified himself as a trooper and requested money from the driver as a fine for speeding,” reads a statement from the NJSP.  “The driver refused and the suspect drove away.”

According to police, the victim did not report the incident until the following day after the search for the vehicle was already underway.

At 6:50 a.m., just over an hour after the failed robbery, another truck driver reported being robbed roughly fourteen miles south on the Turnpike in South Brunswick.

“During the interaction, the suspect stole cash from the driver,” reads the NJSP statement.

Then, at 7:19 a.m., the suspect allegedly gassed up the stolen vehicle at a gas station on St. George Avenue in the Colonia section of Woodbridge, and left without paying.

Eleven minutes later, the suspect pulled over a cab at the Woodbridge Center Mall and stole cash from the driver.

Police said that no weapons were brandished during any of the incidents, and the vehicle was reported stolen by the trooper at 9:39am.

The NJSP did not disclose whether or not any of the police uniforms were used in the commission of the crimes.

A press statement issued on December 21 said that the arrest came after police “developed a suspect based on forensic analysis of evidence recovered during the investigation.”

The criminal case against the suspect will be difficult to follow because, unless authorities decide to treat him as an adult, all of the court proceedings will be conducted behind closed doors.

The unnamed suspect was taken to the Middlesex County Juvenile Detention Center in lieu of bail, but it’s unclear if he remains in the facility.