The station is part of a major natural gas infrastructure project planned by Williams Transco, an Oklahoma-based oil and gas company looking to expand their existing pipelines throughout Central New Jersey.

Even though the compressor station would be located in Somerset County, the new pipeline with which it is slated to connect cuts through a large swath of Middlesex County.

Affected towns along the pipeline route include Franklin, South Brunswick, Old Bridge, Sayreville, and South Amboy.  Some of the communities that will be most affected by the Transco pipeline and compressor station have already voiced strong opposition. 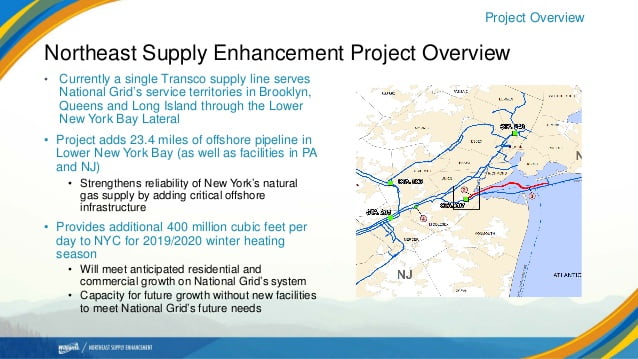 Opponents say the pipeline itself poses threats to residential neighborhoods, as well as water quality and marine life in the Raritan Bay, where the pipeline would travel underwater to connect with other gas infrastructure off the coast of Rockaway Beach in Queens, New York.

But the biggest flashpoint in the debate over the plans has been the 32,000-horsepower gas compression station to be built in Franklin Township.

Cecille de Laurentis works for Food & Water Watch, an organization that fights for safe drinking water and food.  She noted that gas compressor stations like the one planned for Franklin are known to emit cancer-causing agents like methane and benzene.

Food and Water Watch is based in Washington, DC, but has a large presence in New Brunswick. They target corporate businesses that value profits over the safety and health of people, and hold those in political power accountable for inadequate efforts to protect the public.

“This is going to affect people’s daily lives and we aren’t even using the energy coming from the station,” de Laurentis told the crowd at a Rutgers Earth Day rally earlier this year.  She also said that the proposed station would be built on top of an aquifer located in an area near 25 schools. 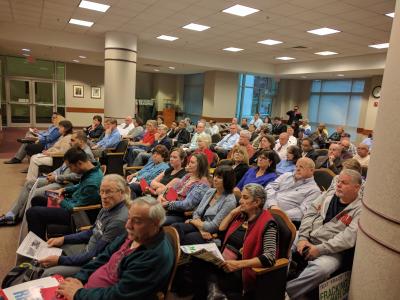 One night earlier, concerned residents joined representatives from Food & Water Watch, as well as the Raritan Valley Chapter of the Sierra Club,  and ReThink Energy New Jersey at the Middlesex County Board of Freeholders meeting, and urged the board to “intervene” in the federal approval process, a first-step towards weighing in on it.

A week later, under pressure from activists, the board opted to become intervenors with Federal Energy Regulatory Commission (FERC), the controversial agency in charge of evaluating the planned pipeline and the associated compressor station.

Filing as interveners with FERC allows the county access to pertinent information regarding the pipeline without necessarily taking a position in favor or against.

According to TapInto Franklin, “An intervenor’s comments receive elevated attention in FERC’s decision-making process and final decision, and intervenor comments must be addressed in FERC’s Environmental Impact Statement (EIS) and decisions.”

Faced with another public meeting where Food & Water Watch and local residents were planning to rally opposition against the plan on June 15, Rios fired off a letter asking for the compressor station to be moved to a “more remote area.” 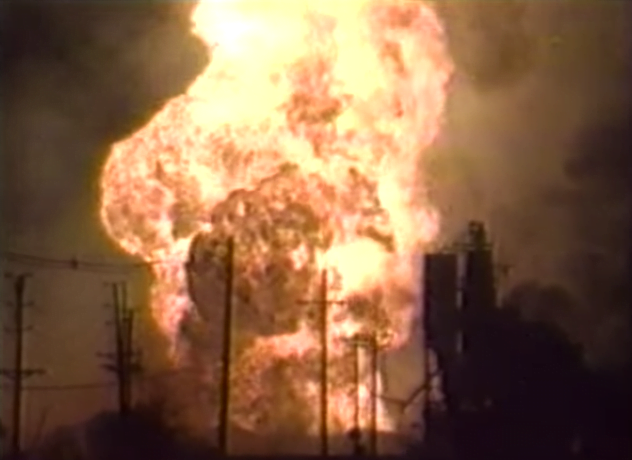 Rios’ letter failed to mention the pipeline, which poses severe health and environmental hazards, including the potential for fires and explosions. In 1994, Middlesex County was home to one of the largest gas explosions in history when a 36-inch pipeline burst into flames next to the Durham Woods apartment complex in Edison.

The letter was addressed to “Dear Sir or Madam,” but was apparently directed to FERC.  It was shared with the pipeline’s opponents prior to the meeting, but those opponents still came out in force.

“This is just one small step in a long process,” one speaker told the board.  “We will need your formal opposition.”

Requesting the compressor station be moved to a more remote location is not only ineffectual, but impossible, say the activists.

“Although we appreciate Director Rios’ continued dialogue on the issue, residents are opposed to this project in its entirety,” said Junior Romero, organizer with Food & Water Watch.

Food & Water Watch had “been talking to [the Freeholders about the pipeline] for the past two months,” Romero told New Brunswick Today at the June 15 meeting.

“We’ve seen this happen all too often, municipalities call for this project to be moved somewhere else, only to find they would still be adversely impacted,” explained Romero, who lives in North Brunswick.

“We are the densest state in the nation.  Relocation is simply not viable,” Romero continued. “We want the Freeholders to come out in outright opposition to these dangerous projects.” 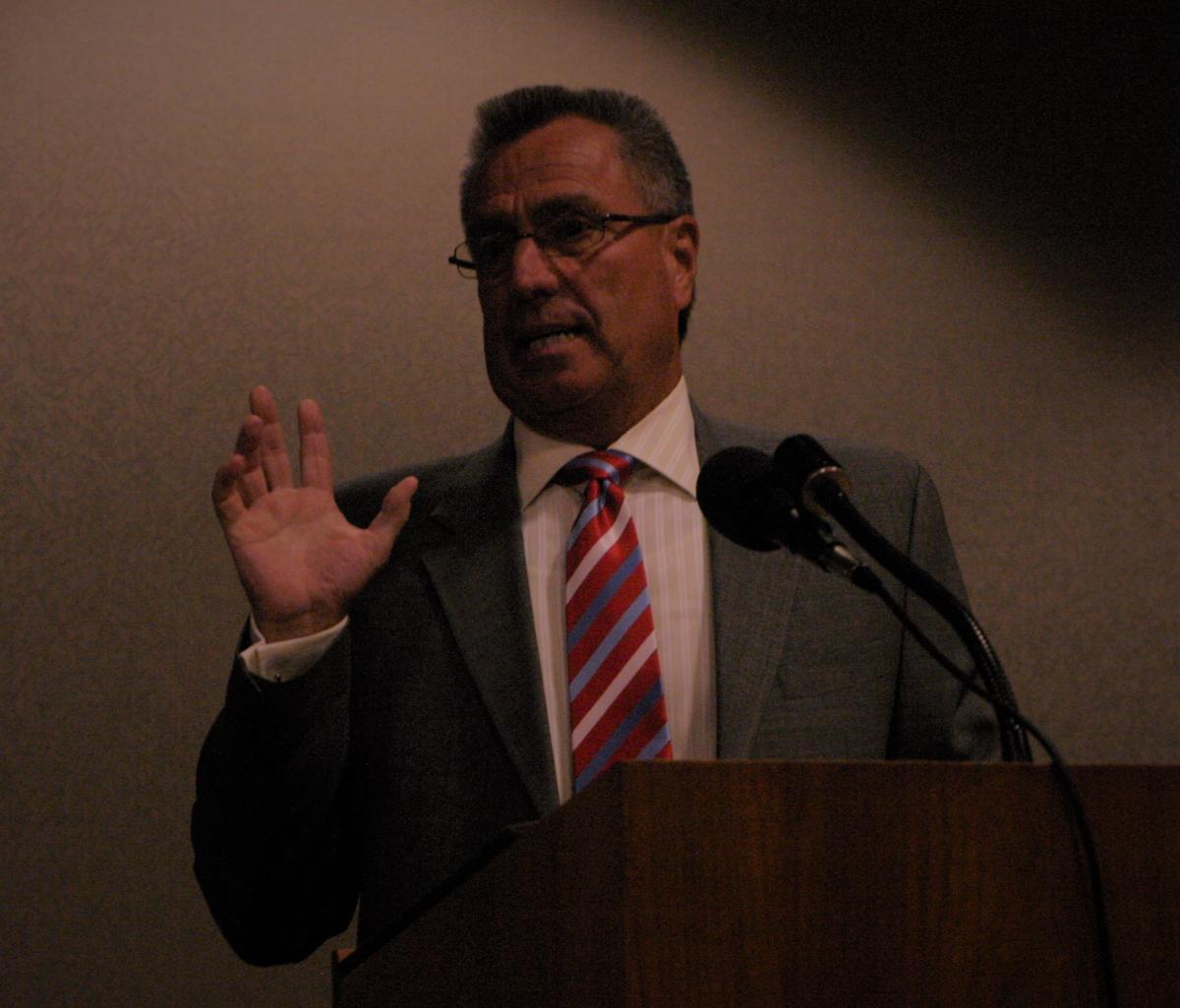 When questioned about why the Freeholders have not passed a resolution completely opposing the pipeline, Director Rios said, “I think discussion comments are better in front of FERC. The resolution is not being considered.”

Many of the experienced anti-pipeline activists are skeptical of FERC, which has a 30-year history of supporting all but one pipeline proposal brought before it.

Others are concerned that building significant gas infrastructure will only exacerbate the growing climate crisis, in part by facilitating for the dangerous process of “fracking” drilling.

Fracking is a method used to extract oil or gas from the ground by drilling deep into the earth and using a high-pressure mixture of water and chemicals to loosen up the rock and release gas.

The controversial drilling process has been outlawed in several states, including New York and Maryland.  While it has not been attempted in New Jersey, Pennsylvania’s air, water, and land has been ravaged by fracking in many parts of the state.

Methane traps up to 72 times more heat in the atmosphere than carbon dioxide within a 20-year period, making it a potent and intense factor on climate change, according to a report released by World Watch.

In fact, the Middlesex County Freeholders voted unanimously in favor of a resolution banning fracking in the county. It mentioned “at least five pipeline expansion projects, which will transport fracked gas, are planned for NJ, passing through densely populated communities… and environmentally sensitive area.”

Though gas companies proclaim that the so-called “natural” methane gas obtained through fracking burns cleaner than other types of fuels like coal and oil, environmental advocates point out that both the drilling and distribution of gas releases significant amounts of it into the air, which can lead to devastating acceleration of the planet-warming “greenhouse effect.”