NEW BRUNSWICK, NJ—New tenants are set to move into Naomi’s Way, formerly a “transitional shelter” for single women with children, located on Roosevelt Avenue in the city’s Fourth Ward.

The Catholic Charities building has endured nearly four months of renovations, and now it will provide permanent housing for people in need.

The project grew beyond plans to simply update the kitchens in the 12-unit building after Piscataway-based American Standard reached out to get involved.

In the end, kitchens and bathrooms in each of the shelter’s units were totally replaced, while the walls were given fresh paint, and new lighting fixtures were installed throughout.

Jeanette Long, Vice President of Marketing for LIXIL, the parent corporation of American Standard, told New Brunswick Today they had been looking for a charitable project to help with near the company headquarters.

“Our mission for American Standard is to improve daily living, and we get 48 hours of community service,” said Long. “So I wanted to find a nearby organization that employees would want to get involved with.” 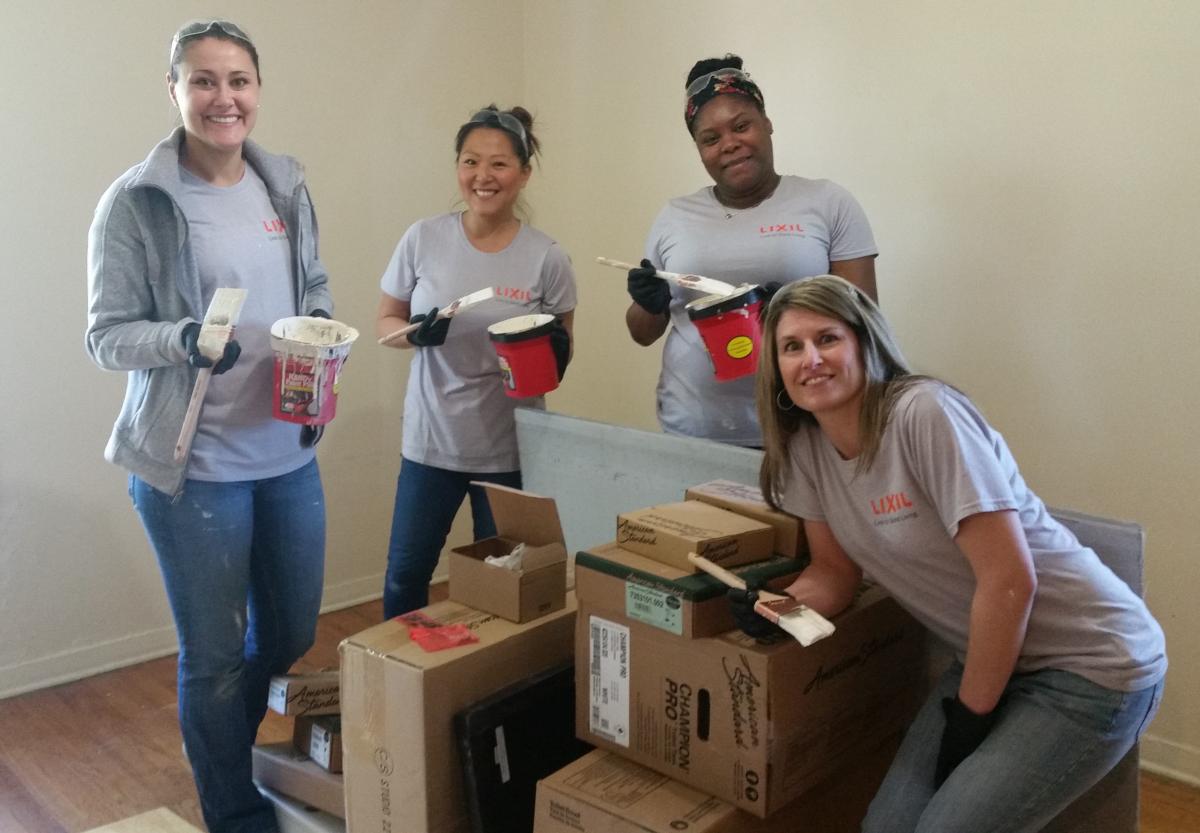 Beginning in May, 43 employees volunteered 330 hours to paint the dozen units at Naomi’s Way.

American Standard also donated over $100,000 in bathroom and kitchen fixtures and funded the labor for installation.

Volunteers worked side-by-side with the Catholic Charities maintenance staff, who did renovations to the kitchens and replaced closet doors and windows.

“We really felt a part of what we were doing and had camaraderie with them,” said Long.

Rich Matarangelo headed the project as the facility’s maintenance manager and called it “a combination of timing and luck” that American Standard made a full building renovation possible as the shelter was transitioning to permanent housing.

They reached out for donations from other companies including Philips lighting, Sherwin Williams paint, and contract labor for the bathrooms.

The facility will still include an emergency shelter, but new tenants will be able to stay as long as necessary after being approved by the Homeless Coordinated Assessment System in Middlesex County. 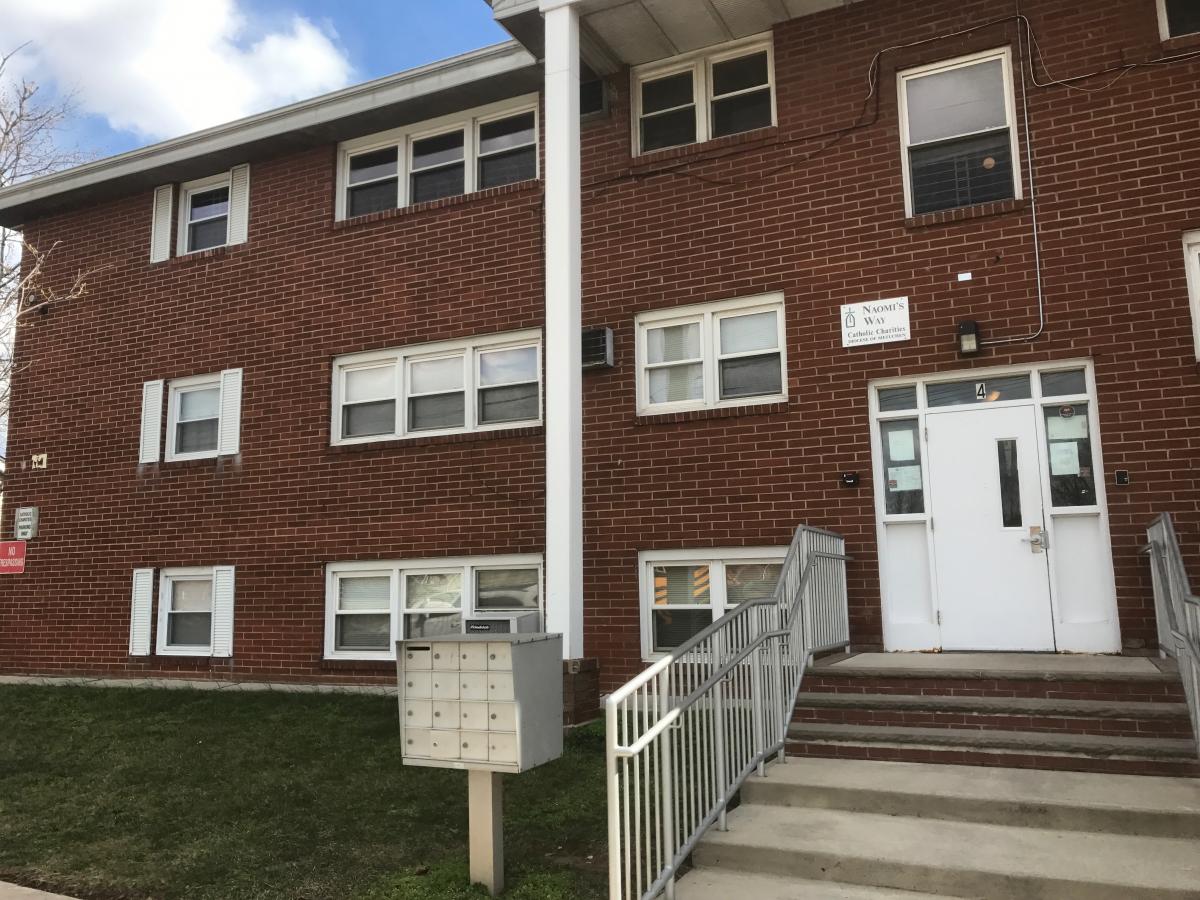 In its days as a transitional shelter, residents of Naomi’s Way had 18-24 months to get on their feet.

This type of housing has fallen out of favor with the US Department of Housing and Urban Development (HUD), which provides funding for Naomi’s Way.

“We agree that permanent housing is more important right now,” said Rebecca Rhoads, the Catholic Charities director of housing and social justice for the Diocese of Metuchen.

“It allows people to say ‘This is my home’ and get into the school system, get a job that makes sense.”

The housing is for families with a history of domestic violence, disabilities, and homelessness.

All of the families moving in during July will be leaving homelessness, and will pay 30% of their income as rent.  That income can include both wages from a job, as well as government assistance.

Rhoads says it is part of a larger project to turn Catholic Charities transitional shelters into permanent housing.

Jeannette Long says American Standard employees have expressed interest in similar projects in the future, and that her company is proud to be a part of the shift towards permanent housing options.

“We’re thrilled that was the decision they made, that people will be able to enjoy some ownership.”