Editor’s Note: This article contains a graphic image of an injury victim.

NEW BRUNSWICK, NJ—Residents were on high alert after a dead body was discovered in a construction site on Remsen Avenue, on the afternoon of May 14.

Though police did not believe any crimes occurred in connection with that death, the incident came amid of a string of violent robberies that left three men injured in another neighborhood a few blocks away.

The first attack injured a 60-year-old Hispanic male, who robbed shortly after 12 am on Saturday, May 13.

The victim, who walking down Suydam Street between Railroad Avenue and French Street, sustained injuries to his head and face, along with a fractured tooth.

Just one day later, shortly after 4 a.m., another Hispanic man walking up the stairway to his house, near Railroad Avenue and Redmond Street, was attacked and robbed.

The victim described the attackers as two black men.  He said he was robbed at knifepoint, before one of the robbers fled on a bike.

He suffered minor injuries to his head and mouth, but was not injured by the knife.  The items stolen from him included his jewelry, phone, and money.

The family of the victim says they are planning on installing surveillance cameras after another young man was beaten up by a group of older teens on the same street a few weeks previous.

Later that same week, on Wednesday, May 10, a third Hispanic man was viciously attacked and robbed.

This incident took place near the Amtrak railroad bridge at the intersection of Railroad Avenue and Suydam Street just a few feet away from where the first victim was attacked and robbed. 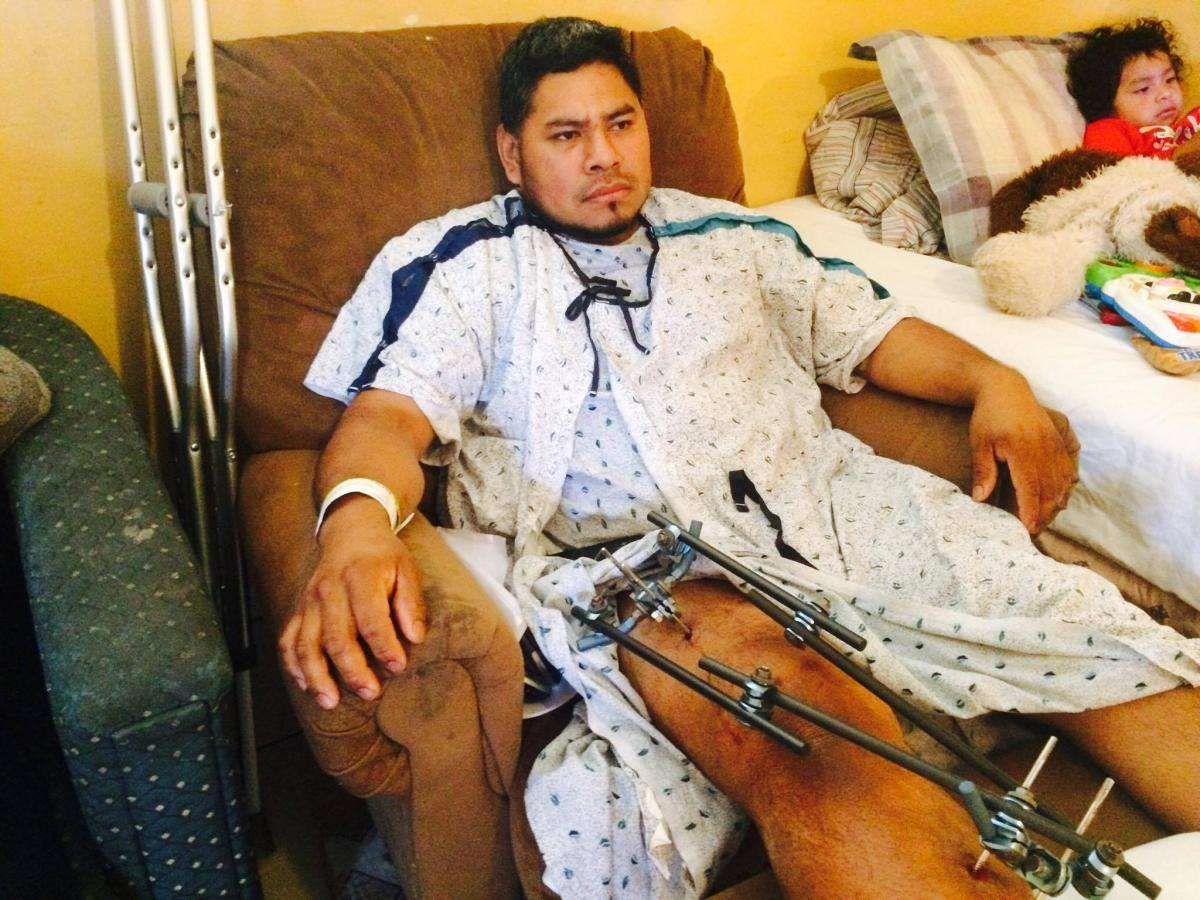 The victim, 30-year-old Roberto Ramirez-Golzales of New Brunswick says he was badly wounded and robbed by two black men when he was walking home from his brother’s house shortly before 2 a.m.

According to Captain J.T. Miller from the New Brunswick Police Department (NBPD), Mr. Ramirez was “kicked and punched.”

Mr. Ramirez-Gonzalez suffered a fractured leg as result of his injuries all for $60 and a necklace, but is expected to recover after a long-term physical therapy.

Meanwhile, he struggles to get around his own home with the help of his family.

He fears one wrong movement could injure him further, as he has a metal frame inserted in his legs to restrict his movement.

“My recommendation is to not go out at night, so it doesn’t happen the same,” said Mr. Ramirez-Gonzales in an interview with this reporter.

Indeed, the victims of these robberies are lucky to be alive.  Sometimes violent robberies, especially those involving weapons, can turn deadly.

In March of this year, a 29-year-old Hispanic male was stabbed to death during a robbery on Hamilton Street.

As for the dead body found on Remsen Avenue, Detectives did not answer any questions at the time of the incident, and the NBPD responded that there was no crime being investigated in connection with the incident.

NBPD spokesperson Captain Miller said the following: “[Section 3b of the Open Public Records Act] pertains to the dissemination of information as it pertains to a criminal investigation. There is no crime being investigated as it pertains to incident you reference. Under N.J.S.A. 47:1A-3(b) there is nothing to report.”

Anyone with information pertaining to any of the cases can contact the New Brunswick Police Department Detective Bureau at (732)745-5217.