By: Erin Jerome
In: Archive

NEW BRUNSWICK, NJ—A forum on the future of local media in New Jersey will be held on May 30 from 7-9 p.m. in room 323 at Rutgers University School of Communication and Information at 4 Huntington Street in New Brunswick.

The event is open to all members of the community and is presented by Free Press and Free Press Action Fund’s "News Voices: New Jersey" project.

The forum is one of several being held across the state to gather community input in response to the sale of two New Jersey public broadcasting licenses for $332 million earlier this year.

"The idea was to buy back pieces of broadcast spectrum from broadcasters who no longer need it to reach their audiences, and sell those chunks of bandwidth at a profit to telecom companies," Satullo explained to NJ Pen.

Free Press and other media advocates are pushing lawmakers to dedicate a significant portion of that money to local journalism.

A bill set to be introduced on June 1 would allocate $100 million over five years to that effort in a civic information fund.

Those numbers may change, but civic engagement consultant Chris Satullo is hopeful that the consortium, which includes partnerships with Rutgers University, Montclair, Rowan, and New Jersey Institute of Technology, will be included in the state budget which must pass by June 30.

“Pretty consistently at the forums people have told us that they’ve noticed a real decline in the quality of the local news they’ve been getting,” said Satullo. “So we want to get their ideas on what the community needs.”

Investment in hyperlocal journalism, radio and podcasts, and “civic technology” like apps and mobile ways of sending information were high priorities at previous panels, but the May 30 event invites the ideas and unique concerns of Central Jersey and New Brunswick residents.

Satullo, formerly of the Philadelphia Inquirer and WHYY-FM, will lead the discussion in New Brunswick.

He believes that the state has every potential to be a leader in media innovation: “New Jersey just has to put a little will and a little wallet behind the effort.” 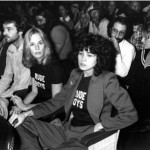